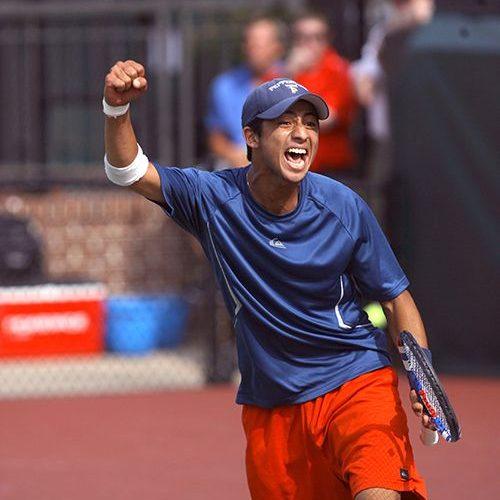 Marlin and Dory once made a great trek to “P. Sherman, 42 Wallaby Way, Sydney” to find Nemo 10 years ago. During this time, one could also find another talented mate in Sydney, senior David Sofaer.

From a young age, Sofaer competed in soccer, tennis and golf. With a racket in his hand, he found a passion for the game that would take him around the world and finally 7,498 miles to Pepperdine University.

“I left Sydney at 15 to attend a tennis academy in Florida and played three years in the international tennis circuit,” Sofaer said. “My favorite tournament was the juniors division of Wimbledon. That’s when I knew I wanted to play for the Waves. I was drawn by the rich tennis program history and great team atmosphere. I hope we can win our school a National Tennis Championship this year.”

His hopes of winning a National Title are not far-sighted. Sofaer and men’s tennis made it to the semifinals of the NCAA Tournament in 2012 and finished eighth in 2013. Last year Sofaer went 23-15 in singles and 19-9 in doubles and was selected as WCC Doubles Team of the Month in January as well as WCC All-Academic Team. Sofaer grew up as a player and individual under Head Coach Adam Steinberg’s tutelage.

“He is a fighter and he has a big heart. Sofaer wasn’t the biggest of guys, but he’s become everything I thought he would,” Steinberg said. “He is the perfect collegiate tennis player because he’s 100 percent bought in. He has great pride for Pepperdine, and his enthusiasm is contagious to players and coaches.”

Sofaer’s enthusiasm is one skill Coach Steinberg noticed from the start. Coach also expects commitment from Sofaer and his team to be the top-caliber program competing for an NCAA title. Although tennis season is in the spring, Sofaer practices three-and-a-half-hours a day on the court and in the gym.

Along with time, he said he takes nutrition into account and commits his summer to traveling in tournaments. This past summer, Sofaer could be found playing in the Future’s Tour, a low-level professional circuit. He spent one month in Turkey and two weeks in Canada, where he picked up rankings and money to cover the expenses of travel.

A fan can surely pick out Sofaer, regardless of which court he is playing on, by his booming cheers for his fellow waves.

“I want to be the best I can be,” Sofaer said. “But more importantly, if I don’t give my all, I let down my team, not just myself. That really motivates me.”

Even with his competitive nature, Sofaer has always been a team player. Freshman Alexander Solonin attributed the cohesive team environment to Sofaer’s team attitude.

“He helps motivate you. He pushes teammates and cares for the team,” Solonin said. “He tries to help everyone get better, not just himself.”

Through years of dedication, Sofaer has worked his way to the top of Pepperdine’s lineup and honed his skills of strategy and endurance during matches that last hours. The longest match he ever played was three and a half hours during NCAA Regionals against USC.

Steinberg notes that Sofaer’s improvement has led him to be mentally tough and enduring, and has sharpened his leader abilities.

“Sofaer has matured as much or more than any player I’ve coached,” Steinberg said. “He’s loyal to his team almost to a fault. He is truly an all-around team player. He’s always excited to get better, and he is strong and aggressive at the net and all around the court.”

Soafer’s favorite moment in tennis was in the 2011 season when the Waves defeated Georgia on Georgia’s home court in the NCAA quarterfinals.

While tennis is often perceived as an individualistic sport, the team is one of Sofaer’s greatest priorities. In five years, he sees himself playing club tennis with tennis alumnus Finn Tearney. He also hopes to bring his enthusiasm into Real Estate Development of International Development, and he hopes to be back in Sydney.

“Australia is a bit more laid back than America, but I do like American food,” Sofaer said. “Chipotle and Ramen noodles are my favorites.”

After his final season with the Waves this spring, Sofaer plans to return to his native land. The court has been his home regardless if he is in Turkey, New England, Canada or the United States. Sofaer will lead the Waves in hopes of bringing home an NCAA Championship Title this spring — be sure to look out for this burrito-bowl-loving, athletically gifted, tennis-playing Australian. 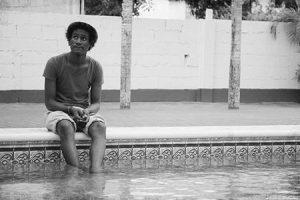 Photo Courtesy of James Francis James Francis is a young rapper, singer and songwriter who is looking to break into an industry...
Copyright 2013 Jupiter Premium Magazine Theme
Back to top