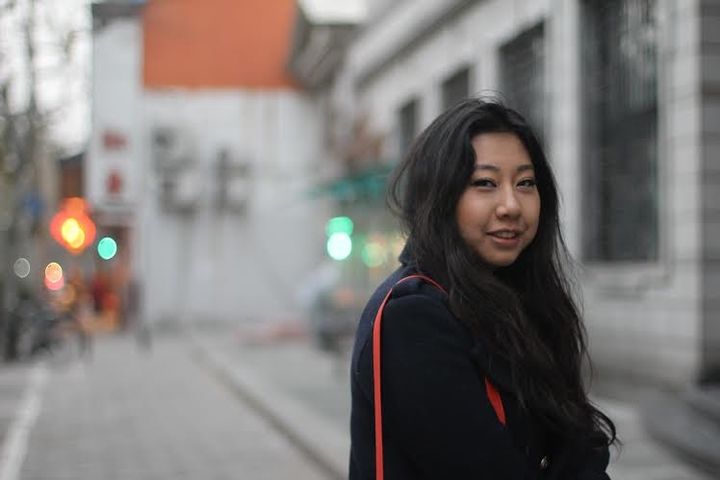 Answering where I call home is always tricky. As I say “Shanghai,” rhyming it with an American vernacular to “Slang-high,” I grimace and anticipate the shock.

“Wow, your English is really amazing,” is usually the first response.

Following a series of “Wow, were you adopted?” or “Did you come here when you were really young?” I finish the song and dance of explaining that I am an American citizen, that my parents are actually from Taiwan and not Mainland China, that I went to an International School (hence my lack of a Chinese accent) and that I have to apply for a visa every time I go home to see my dog.

On numerous occasions, this waltz of cultural confusion is disrupted with those who have spent a year abroad in Shanghai in the International Program. “Don’t you mean Shong-hai?” they would say, adding the emphasis on “Shong,” as if this accented pronunciation warrants a gentle correction to bring me back to my “Oriental roots.” Building off this immediate and apparently primordial connection, they proceed to tell me that they enjoyed M1nt, the snazzy nightclub with a shark tank or midnight skewer runs with the cost of two dollars. “Shanghai is wonderful,” they would say. “The American dollar takes you pretty far,” they would rejoice. “It was living the ‘high’ life.”

I cannot help but to feel a biting uneasiness. “A year in a well-protected bubble that is International Programs does not make you ‘from Shanghai,’” I would think. You can change your “lives in” location on Facebook to Shanghai and your profile picture to you with the Oriental Pearl Tower, but the Shanghai you experience is filtered with glitz, Pepperdine’s (rightful) coddling policies to prevent lawsuits, the relative freedom to drink liberally and quite frankly, a time constraint that prevents you from seeing the complexity that is Shanghai.

They do not own Shanghai.

However, I am forced to consider that to a limited degree, I also use this filter. Carrying my visibly “Western” personal style and American citizenship, I am limited to my expatriate communities of an International School, an International church and locations deemed appropriate and accessible to “waiguoren,” or foreigners. The Chinese government does not allow Chinese citizens to attend my church and school, and quite frankly, my exposure to Chinese citizens can be largely illustrated by my community service and interaction with ayi, or maids at home and school. Marked structurally and aesthetically as a “Westerner,” I am given de facto permission to live outside the scrutiny of the Chinese police force, receive preferential treatment wherever I go and to live obliviously blind to the immense privilege that surrounds this upbringing.

I do not own Shanghai.

The Shanghainese, in the eyes of larger China, are an arrogant people that look down on all the provinces. Stereotypes maintain that the quintessential Shanghainese look down on all migrant workers, Chinese people from other provinces, and most importantly, inhabitants of Beijing, the cultural capitol of China. As a result, the Shanghainese pride themselves in being the economic center of China, all of which translates into an impressive skyline that rivals that of New York and Dubai.

Yet, they do not own Shanghai. They did not build that skyline, nor do most of them work in buildings in the skyline. The vast majority of Shanghai are hardworking individuals who dream of occupying the World Trade Financial center one day, despite having limited mobility to do so. They know that if they do not, their children might. They dream of their children going to Cambridge or Princeton. However, on a regular day, when the vast majority claim to be Shanghainese, they know they are evoking a cosmopolitan image of a culture and class, even if they have limited access to it.

This glitzy image of this concrete jungle that Pepperdine students, myself and the Shanghainese enjoy were built by those that “Shanghai” actively excludes — the migrant workers. Coming from neighboring cities marked by poverty, migrant families venture to cities like Shanghai in search of better economic opportunities. Unfortunately, this translates into being exploited for cheap labor. They are then systematically stratified into communities marked by poverty, where the dialects they speak and the cultural traditions their provinces hold are marked by the general public as inferior and classless. Their children attend migrant schools, where the lack of resources and opportunities is likely to replicate the narratives of their parents — more poverty, more exploitation and more manual labor. They are so far removed from Shanghai that in their exclusion, many leave in a couple years. Yet they know that if they leave their jobs mixing cement or cleaning toilets, someone will spring up to take their place without skipping a beat.

These migrant workers are Shanghai. Yet they do not speak Shanghainese, call themselves Shanghainese nor are they recognized for the fact that they built Shanghai. They do not get to represent the exclusively cosmopolitan image that Shanghai exudes. In China, there is an unspoken rule that foreigners, particular Anglophone speaking ones, are first class. Upper-class Shanghainese are second-class, while an impoverished population, if they can even be considered third-class, quietly builds and make Shanghai.

So I shamelessly say “Shang-hai” instead of “Shong-hai.” I am not authentically Chinese, even if I wish to be. I cannot completely claim ownership of a city that I am in no way representative of, even if I cannot imagine my upbringing without it. I love Shanghai, but when I recognize the cost of calling myself an inhabitant of a city that was built on the backs of those who will never enjoy it, I almost wish that I didn’t. 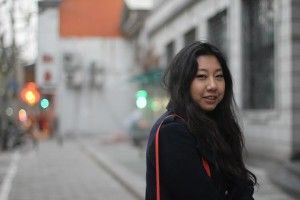 I was not aware breast cancer existed until I saw your pink ribbon. As Breast Cancer Awareness Month just came to an end,...
Copyright 2013 Jupiter Premium Magazine Theme
Back to top