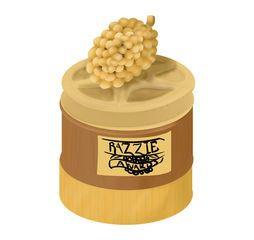 The Academy Awards, known unofficially as the Oscars, represent the best in cinema. The Golden Raspberry Awards pay tribute to the worst in cinema. Known as the Razzies, this entertainment awards show calls out the films and performances that upset film goers and film critics everywhere. Razzie voters, who paid for their membership,  released the nominations on Jan. 15, with winners due for announcement announced by the Golden Raspberry Award Foundation on March 1 at the Magicopolis theater in Santa Monica.

Created by publicist John J.B. Wilson in 1981 after the 53rd Academy Awards, the show started as a random presentation at a potluck party. Having recently watched the double feature of “Can’t Stop the Music” and “Xanadu,” Wilson had people cast ballots regarding the worst films of the year  — “Can’t Stop the Music” took the first Golden Raspberry Award for worst picture.

Eventually, after a press release the following week, the event was formalized. After the fourth Golden Raspberry Awards, CNN and two other major networks covered the event. Due to the schedule before to the Academy Awards, Wilson realized he could get more press coverage.

Paid members of the Golden Raspberry Awards Foundation from all over the film industry (45 states and 19 countries) vote online through the award’s official website. According to CNN.com, 750 Golden Raspberry Award Foundation members participated and 62,000 RottenTomatoes.com members voted for worst screen combo in December 2013. Categories include worst screenplay, director, picture, screen combo and sequel/remake/prequel/rip-off.

Among the nominees this year are “Movie 43,” “Grown Ups 2,” “A Madea Christmas,” “The Lone Ranger” and “After Earth” — all leading in the Worst Picture and Worst Screenplay categories.

According to ABC.com, this is the first time so many A-List celebrities have been nominated for this award. On the other end of the spectrum, this is Stallone’s 31st nomination due to the poor box-office performances of all three of his 2013 films. Worst Director nominees include the 13 directors of “Movie 43” and Gore Verbinski (“The Lone Ranger”). The worst Screen Combo nominees have equal chances, particularly the entire cast of

“Movie 43,” and Lindsay Lohan and Charlie Sheen (“Scary Movie 5”). For Worst Prequel, Remake, Rip-off or Sequel, the nominees include “The Hangover Part III,” “The Smurfs 2” and “Scary Movie 5.”

TelevisionWithoutPity.com predicts that “Movie 43” will win Worst Picture. Other predicted winners include Lindsay Lohan for Worst Actress, M. Night Shyamalan for Worst Director, and “Grown Ups 2” for Worst Screenplay. In terms of overall nominations, Adam Sandler’s sequel to “Grown Ups” has nine nominations; “A Madea Christmas,” “Movie 43,” and “After Earth” each have six; and “The Lone Ranger” comes in third with five.

REELSTORIES Film Festival is set to hit a high note Jan. 30 with the featured documentary “20 Feet From Stardom,” a 2014...
Copyright 2013 Jupiter Premium Magazine Theme
Back to top