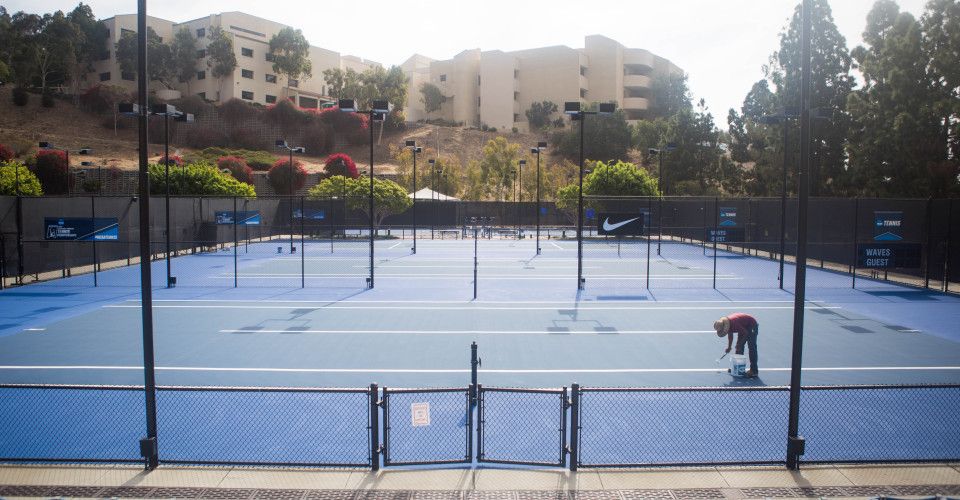 Pepperdine recently updated and resurfaced their tennis courts, in addition to the other long-term improvements to buildings such as Payson Library and the School of Law. This past summer, the tennis courts underwent the process of painting and resurfacing in what is hopefully the first in a series of improvements to the Ralph-Straus Tennis Center, said women’s coach Per Nilsson and men’s coach Marcelo Ferreira. Resurfacing a tennis court can cost anywhere between $4000-$8000.

The Pepperdine Tennis coaches both recommend that resurfacing take place every three to four years to keep the courts up to the professional standard that our tennis players need to excel. This time around, the courts have obtained the color scheme of ocean blue and sky blue in reference to Pepperdine’s colors, the ocean and the eye-popping color scheme that was seen during the 2016 Australian Open, according to Nilsson and Ferreira.

Ferreira said that Pepperdine’s courts “have a lot of grip,” and it can be difficult to resurface courts “just as they were before.”

Nilsson said the resurfacing was much needed, and it will take a short amount of time for the players to adapt to the feel of the court and fully adjust to playing on it.

Both coaches said they were greatly appreciative to the administration for being so helpful in this endeavor and for being able to tackle this project, even with all the other major improvements happening throughout Pepperdine.

“They’ve been a huge help for us, anytime we can make our players look good and look professional it helps in recruiting—we’re competing with some really big schools that have some unbelievable facilities, so it’s important for us to keep up with them” said Nilsson.

Within the next year and a half they said they hope to see other additions such as new windscreens, lower fences in the middle of the courts, and live-streaming cameras so that students and other fans can have the opportunity to watch the games wherever they are in real time are the further changes both coaches hope to see in the near future.

Senior and Men’s Tennis Team Co-Captain Stefan Menichella said the team is looking forward to a good season. “We returned everyone last year… and I’m really excited this year. We’ve all grown this year and all matured and gotten better and improved as unit — I think it’s going to be a really exciting year,” he said. 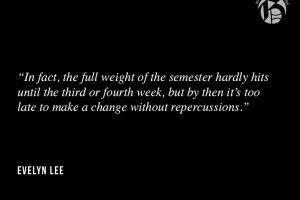 Graphic by Nate BartonA lot happens during your first week of school. You go to your first classes, start the semester's...
Copyright 2013 Jupiter Premium Magazine Theme
Back to top