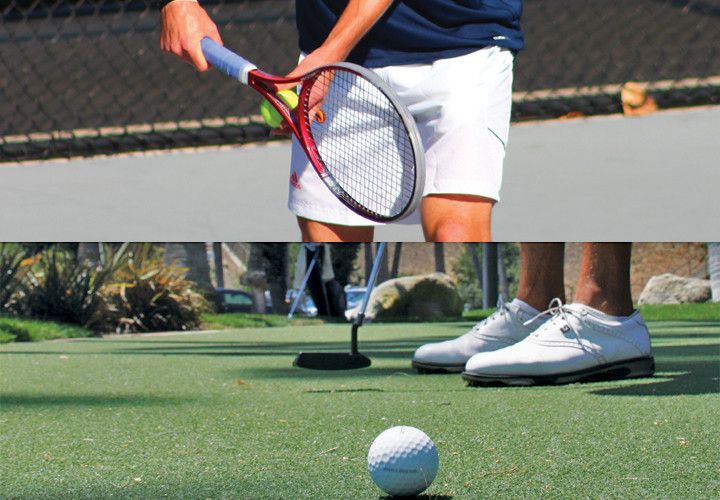 A bit of bad luck tainted the women’s tennis team’s outing at the USTA/ITA Southwest Regional Championships. Senior Lorraine Guillermo caught an illness the night before the final day, Oct. 20.

Guillermo and sophomore Jean Runglerdkriangkrai charged through the doubles competition, but narrowly fell to USC in the championship match, 7-6 (7), 7-6 (1). Guillermo said her illness affected her play and she felt fatigued.

“It made me think to be more efficient,” No. 15-ranked Guillermo said. “I had to think about each shot and really exact what I was doing. I didn’t have any energy, and I had to be smart about how to play.”

After the doubles match, Guillermo said she wasn’t feeling any better and her coach urged her to call it a day. By default, she lost to USC’s No. 20-ranked senior Zoe Scandalis.

Sophomore Stefan Menichella put up a fight at the USTA/ITA Southwest Regional Championships Oct. 17-21. He beat out players from Hawaii, UCLA and UC Irvine before falling to USC’s No. 39 Jonny Wang, 7-6 (7-4), 6-3.

“It’s a really tough region we’re in with UCLA, USC, USD,” Menichella said. “To be in the final eight was a good result for me. I feel like I could’ve gone further, but overall I’m happy.”

Also to be noted is that Menichella’s opponent, Wang, was ranked at No. 2 for the tournament — a tough match up. However, Menichella said that it’s easy to find motivation while preparing to face a high-ranking opponent.

“You know you’re going to have to bring your best tennis,” he said. “It’s important to be very prepared physically with your game and mentally that you believe that you can do it.”

Menichella boasts the best individual record on the men’s tennis team. He has won eight of 10 matches thus far.

The No. 12-ranked women’s golf team will enter the spring season swinging with some confidence, as senior Alina Ching (67-73-68) and junior Marissa Chow (69-72-67) tied for fourth place in the final fall tournament, the Stanford Intercollegiate at the par-71 Stanford Golf Course Oct. 17-19.

Ching said she’s sad to see the conclusion of the fall round of competition, but that “It was really fun, and I think it was nice to see it all come together by the end of the season.” This tournament’s finish was Ching’s third consecutive top-20 finish.

Chow has finished no worse than tying for 11th so far. Last month, Chow won her first collegiate title on Sept. 24 in the Golfweek Conference Challenge.

As a team, Ching said they’ve been working on their short game in particular. “It’s saved us a lot of shots and it’s going really well,” she said.

In regards to the pair of freshman, Tatiana Wijaya and Katherine Zhu, Ching said she feels their games have grown a great deal and that they’re adjusting well to college play.

The Waves start up again Feb. 8 in the Northrop Grumman Regional Challenge.

Senior Kevin DeHuff led the men’s golf team in a six-way tie for seventh place (69-69-73) at the Bill Cullum Invitational Oct. 20-21 at the par-72 Wood Ranch Golf Club. The Waves finished in sixth place as a team.

DeHuff hit a team-high 13 birdies. This was also his second-best finish this season.

“My game’s feeling really good. I still left some shots out there, but I’m hitting the ball really well and the confidence is going,” DeHuff said.

DeHuff said as a team they were looking for a top three finish, but he still likes the direction the team is heading. He singled out their play in the previous MacKenzie Invitational when, amidst windy and rainy conditions, they turned in the best third round score out of 16 schools.

To round out the fall season, the men’s team will fly over the Pacific to Princeville, Kauai, to play in the Warrior Princeville Makai Invitational Nov. 3-5.

It's Time to Have a Conversation about Convocation 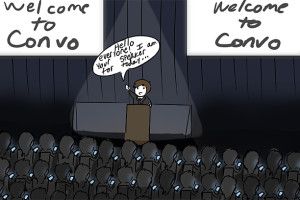 It's Time to Have a Conversation about Convocation

Art by Sacha Irick Convo isn’t a new topic at Pepperdine. It seems there is constant debate over whether there should...
Copyright 2013 Jupiter Premium Magazine Theme
Back to top