Teach for America lifts through education 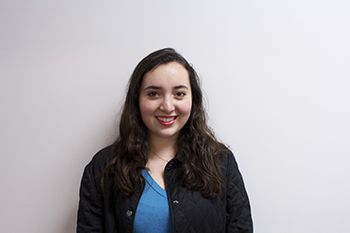 When thinking of the less fortunate, most Americans think of those living in Third World countries. They imagine kids in Africa with nothing to eat. They think of the children in Mexico who are not able to receive a proper education. However, they rarely stop and think of the youth within their own communities who face the same burdens.

There are organizations, such as Jumpstart, which have the purpose of helping underprivileged students in schools catch up to the standard education level.

Jumpstart workers attempt to ensure that students they help do not fall behind in their studies. Similarly, there is another organization called Teach for America that sends recent college graduates to communities around the country, where they teach students who have fallen behind.

“Teach for America is growing the movement of leaders who work to ensure that kids growing up in poverty get an excellent education,” the TFA website, teachforamerica.org, states.

“TFA recruits top performing students from elite colleges across America to commit to teaching in an inner city for two years once they graduate,” senior Cassandra Thomas wrote in an email interview. “We are purposed to … ensure that all children are receiving an equal and excellent education no matter what their background. Selected students are then trained in the month leading up to their first year of teaching in order to be prepared to teach their assigned subject. Corps members are required to be college graduates … [and] it’s a two year commitment.”

Funding options are available for applicants needing financial assistance. TFA corps members receive health benefits, as well as a salary ranging between $30,000-$50,000, depending on the living expenses of the area in which they are living. TFA places corps members in 48 different regions across the nation.

“Most corps members are just out of college,” Thomas wrote. “There are [also] ways … of joining TFA and its cause before graduating, like applying to be a CCC (Campus Campaign Coordinator).”

“I first learned about Teach for America in Pepperdine’s Social Action and Justice Colloquium,” Thomas wrote, “I was in Dr. Jeff Banks’ class and he brought in a current corps teacher and her fifth-grade class, and we spent the day with them sharing what it takes to go to a college like Pepperdine.

“I got involved with Teach for America in June 2013 when I became their Campus Campaign Coordinator for Pepperdine. My role as a CCC is to help recruit Pepperdine seniors to apply and join the corps as well as spread the word about TFA here on campus,” Thomas said.

“I was just accepted to teach special education in Dallas,” Thomas wrote. “I am in the process of doing all the paperwork to accept my assignment. I’ve loved being part of the organization!”

Teach for America has five deadlines, beginning in August, for seniors to apply throughout the year. Applications are on a rolling basis; the different deadlines are a means of organization and priority. The next deadline to apply for Teach for America is on Jan. 24, followed by the final deadline on Feb. 20. There is also an early application available for juniors that will be accepted until Feb. 20.

People of all majors and backgrounds are encouraged to apply for TFA. Students who are accepted as corps members attend a five-week training program during the summer prior to the start of their time as teachers.

In addition, TFA has various employer and graduate school partnerships. This means that if someone is hired or accepted into a certain graduate program, some employers and schools will hold a spot for said person until their two year TFA commitment is over.

There are also certain locations in which TFA corps members can receive a graduate degree while they teach. However, this opportunity is not available in all TFA corps locations.

Eleven Pepperdine alumni are members of the 2013 TFA corps. They work in cities such as Phoenix, San Antonio, Dallas, Los Angeles and Chicago, among other regions. Six students thus far have been accepted into the organization for the 2014 corps.

“My experience was wonderful, challenging and life-changing,” Elizabeth Tozer, a recruiter for TFA, said. “[It was] the hardest thing that I have ever done, but simultaneously the most rewarding. My experience in the classroom really changed my trajectory of what I want to do in life.” Tozer worked as a TFA corps member before being a part of the organization’s recruitment team.

Tozer said the best advice she can give students who are interested in applying is to become informed. “Learn more about the issue of education inequity,” Tozer said. “The more you learn about the problem, the more passionate you become.” 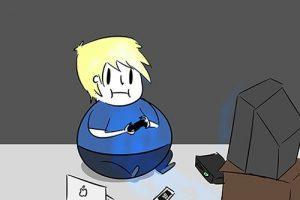