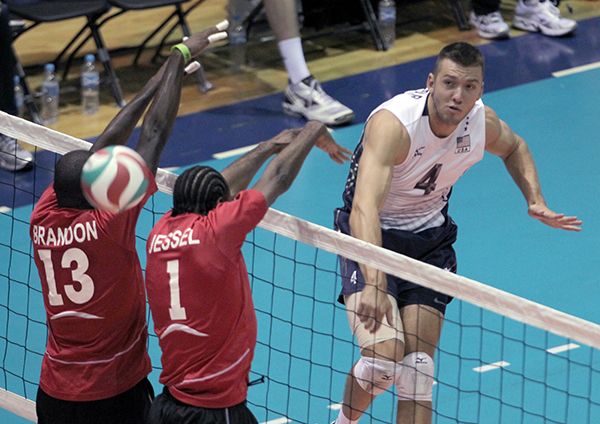 Before junior Josh Taylor stepped on campus for the 2013-14 men’s volleyball season, he had made his fourth appearance playing for Team USA, this time to compete in the Pan American Cup in Mexico City.

“Representing my country is a huge honor and a very humbling experience every time I put on that jersey,” Taylor wrote to the Graphic from Mexico City. “The first time I made it was incredible. Trying out was the most nervous I have ever been in my life.

“The first match I played in was against Iran. Playing at that level [of competition] was incredible.”

On Aug. 16, the final roster revealed that Taylor survived the cut as one of the only four current college student-athletes on the 12-man squad. The others are BYU senior Taylor Sander, Long Beach State senior Connor Olbright and UC Irvine junior Michael Brinkley.

“This year was different than any other USA volleyball year for me because there was no set age group,” Taylor wrote. “It was awesome playing with older guys who have pro experience. The chemistry was good despite only training together for two weeks.”

The mixed team fared well in the first two matches of pool play against the Dominican Republic and Trinidad and Tobago on Aug. 19 and 20.

The Dominican Republic put up a fight, but the U.S. was able to snag a win in five sets by leading in kills 56-53 and blocks 7-6. Against Trinidad and Tobago, the U.S. men had a clean sweep, taking advantage of the Trinidadian team’s 33 errors.

“We [did not play] our best volleyball this tournament,” Taylor wrote. “Although we [couldn’t] win, it has been a really fun time.”

They couldn’t defend their title, but USA managed to end the tournament on a positive note with a win, securing a fifth place finish on Aug. 23.

Sander contributed an impressive 17 points on 11 attacks along with two blocks and four aces. Taylor also held his own, adding five points on four kills and one ace.

Regardless of win or loss, Taylor has already gained immense experience competing with national teams over the summers and he takes none of it for granted.

“Playing with these teams has, in my opinion, made me a better volleyball player both physically and mentally,” Taylor wrote. “I feel that my volleyball IQ has gone up playing for USA. Learning what I have makes me excited to put it into motion when I get back with the Waves.”

When asked about his favorite part of playing the sport he loves for his country, Taylor gave a valiant response:

“The best part is representing my country. Playing at a high level against other great players, and playing alongside some of the best, is a blast as well.” 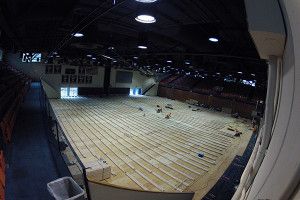