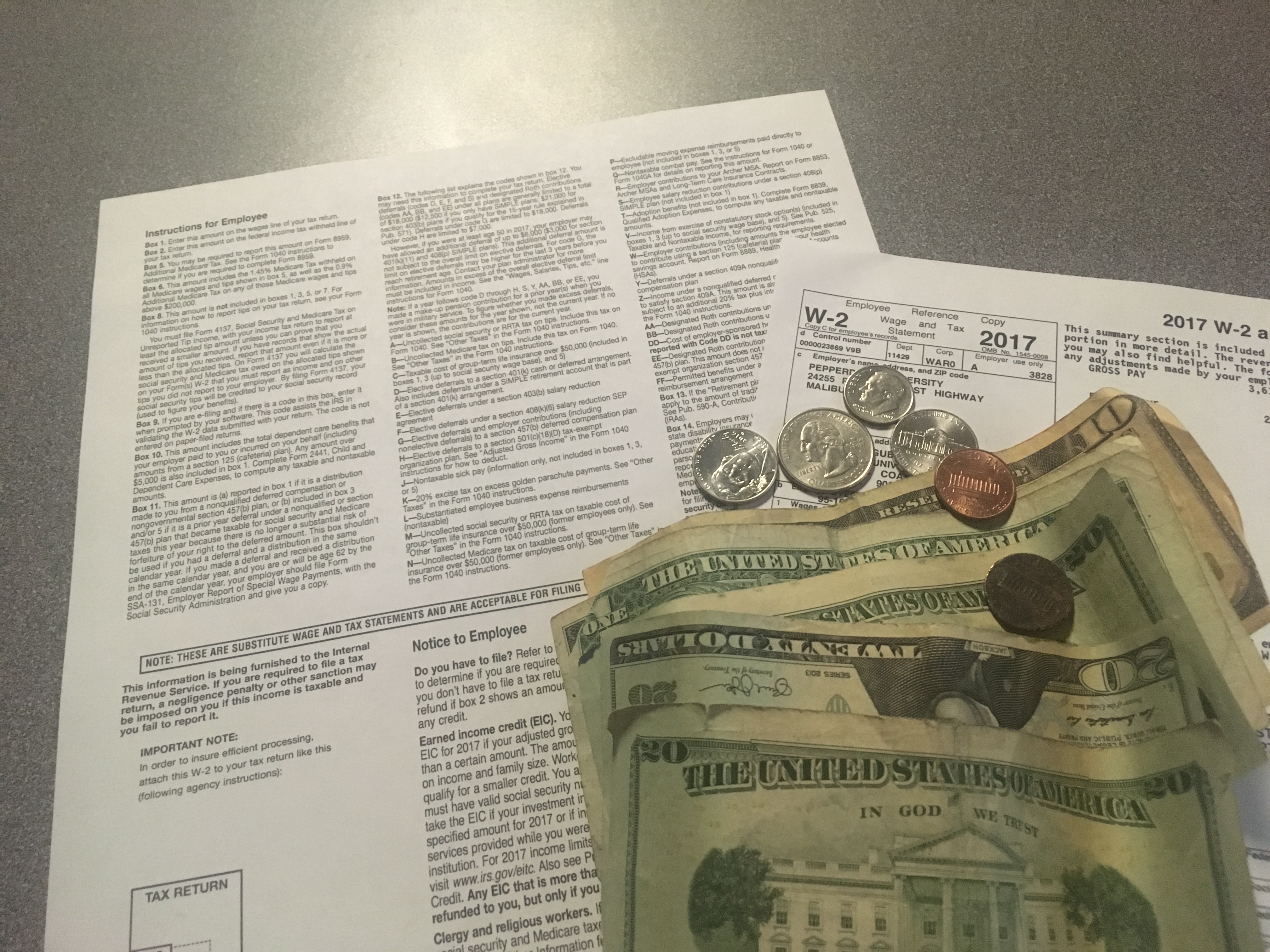 Photos and Infograph by Kelly Rodriguez

Hovering over the heads of busy Pepperdine students is the future of its endowment.

The tax bill that circulated around the House and Senate at the end of last year proposed taxes on those in higher education, such as Pepperdine and its students. While the House version of the bill aimed to raise taxes on student loan recipients and graduate students, those propositions were ultimately scrapped.

However, the Senate version of the bill kept a tax on college endowments, which puts Pepperdine at risk for more taxation in years to come and could affect the way money is allocated at Pepperdine.

Before the tax bill was passed, private colleges and universities were considered “public charities rather than private foundations” and therefore not taxed on their endowments, according to page 418 of the Tax Cuts and Jobs Act.

College endowments are funds donated to an institution as an investment to grow various programs within the institution. It tends to be measured per student.

“The primary way [the tax bill affects Pepperdine] is in terms of getting an impression of how Congress feels about higher education,” Benton said. “The federal government thinks private schools are ridiculously wealthy. We’ve seen that’s not the case.”

“[Because of the tax bill], people will be less likely to make large endowments at once,” Benton said. “People might make smaller donations, one at a time.”

The Senate version keeps tuition waivers for graduate students, meaning their scholarships for teaching and research services will not be considered taxable income.

Haley Smith, a Pepperdine alumna (’15) who is pursuing a PhD at the Department of Molecular, Cellular and Developmental Biology at University of California-Santa Barbara, wrote in a Facebook message that graduate students at UCSB were mostly worried about the tuition waiver.

“The major concern among [graduate] students was indeed the tuition waiver,” Smith wrote. “Thankfully, it wasn’t included in the final version of the bill.”

Smith wrote that if the waiver had been considered taxable income, it would have increased her taxes and put a strain on the “already tight budget” she has.

Even though she has a higher stipend as a STEM major at a public in-state university and would have been able to work around the increase, Smith wrote that many graduate students at UCSB were anxious about the bill.

“I did hear of students who felt this change would prevent them from being able to afford graduate school and would need to drop out,” Smith wrote. “I can only imagine how students at schools with much higher tuition felt.”

CURRENT COLLEGE STUDENTS AND THEIR FAMILIES

Current college students and their families who wish to take out student loans can expect for the student loan interest deduction to remain the same, which means they can still deduct up to $2,500, according to an article in The New York Times.

Although there are not any significant tax changes for current college students, junior Gracyn Lewis commented on how the reform helped her to realize she needs to learn more about it.

“I have been hearing a lot of people talking about the new bill and how worried they are, so I need to educate myself on the changes and how it will affect me,” Lewis said.

Another Seaver student, Morris Chen said he is not very familiar with the new tax plan.

“I know very little about it but I do know that the government plans to lower the taxes,” Chen said.

Benton said students can make a difference by educating themselves on how these policies affect them and by reaching out to their representatives to tell their stories.

Julianna Lauro contributed to this report.