chemtrails over the country club 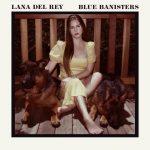 The album cover for "Blue Banisters" features Lana Del Rey and her dogs Tex and Mex at one of her properties in Northern California. This was one of the four alternative covers released. Photo courtesy of Lanadelrey.com This past year was definitely one for change, to which singer-songwriter Lana Del Rey was no stranger.The career of Del Rey has taken many turns within the past … END_OF_DOCUMENT_TOKEN_TO_BE_REPLACED

The cover of Lana Del Rey's new album, "Chemtrails Over the Country Club," depicts her and her friends at a country club. Del Rey released the album March 19 and features 11 songs, including singles "Let Me Love You Like a Woman" and "Chemtrails Over The Country Club." Photos Courtesy of lanadelrey.comElizabeth Grant took the name "Lana Del Rey" in 2010 before the release of … END_OF_DOCUMENT_TOKEN_TO_BE_REPLACED