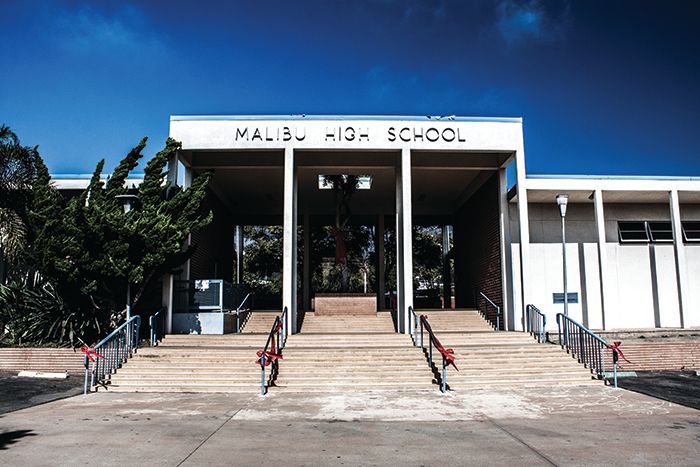 It has been three years since Malibu High has tested for mold and toxins, and some are starting to notice the buildup of residuum.

“I wasn’t thinking about it while I was a student, but with the background knowledge now, it makes sense,” said freshman and former Malibu High student Abby Gibson. “The classrooms themselves were sort of gross. The ceilings looked like they had years’ worth of nasty particles or toxins in them.”

Over the past year three teachers have been diagnosed with thyroid cancer, and six reported having migraines. One teacher has had a rash for several years, one has worsening asthma and one started taking high doses of thyroid medication, according to the recent study by Executive Environmental (EE).

“A few of my teachers were out sick for a long time, one of them for cancer,” Gibson said. “So I was sort of thinking that it was odd that more than one could be sick for more than four months.”

Because custodians have been instructed not to touch teachers’ personal items, many parts of the classrooms go uncleaned as teachers often leave their possessions in the rooms over the summer, according to custodian Dan Heiderman. Additionally, teachers claim that “toxic dirt” was exposed this summer when the school dug trenches through classrooms 1 and 2 and did not properly clean them thereafter. “Toxic dirt” was also recently dug out of the quad area, according to EE.

The Sept. 20 study done by Vicki Uchida, CSP senior and  industrial hygienist of EE, reported that mold levels in the costume storage room were “neither amplified nor suggestive of hidden mold growth.” However, mold was found on a paperback book in classroom 1 along with the carpet directly underneath it.

The predominant mold found at the school was of the Cladosporium species — the most common in Southern California, according to Uchida. While an overexposure to this type of mold can lead to asthma and allergies, a direct correlation between Cladosporium and thyroid problems has yet to be detected.

Moreover, no California laws exist that enforce a minimum spore count in classrooms, though the California Occupational Safety and Health Administration (Cal/OSHA) deems mold-contaminated workspaces unsanitary for students and employees.

Meanwhile, students have been relocated to Juan Cabrillo Elementary School, Malibu United Methodist Church and other classrooms on the Malibu High campus. Though the preliminary reports concluded that mold and toxin levels were within the acceptable limits and do not pose apparent health threats, there is no plan to reoccupy the tested classrooms or the music room until the community’s concerns are addressed by more thorough testing.

“I think there’s been a mix of reactions,” Malibu High parent Jennifer Annis said. “Some parents are more worried, and others aren’t. I think the same goes for the students. When I talked to my son about it, he said he wasn’t worried. I’m more of a panicky person, so I’m happy to wait and see the test results and hear what the experts have to say.”

As for Gibson, she says she was never afraid of Malibu High — toxins and all. 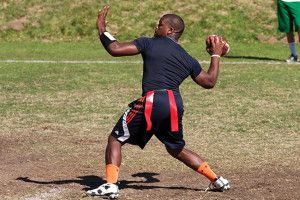 Photo by Marisa Padilla After a year-long hiatus, flag football has made its return to Pepperdine’s intramural leagues,...
Copyright 2013 Jupiter Premium Magazine Theme
Back to top