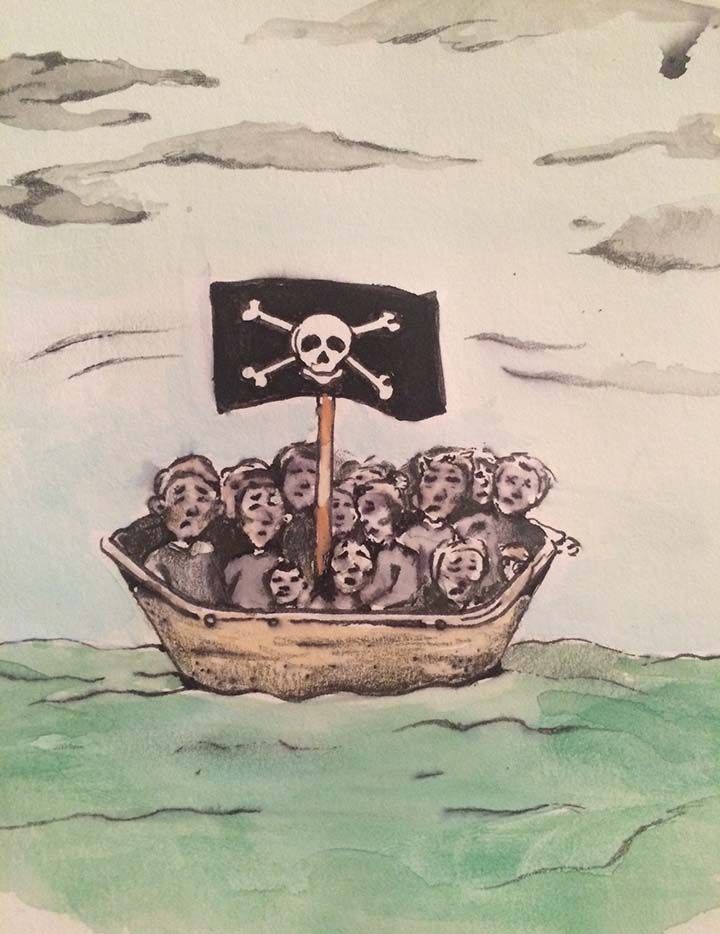 When I think about the crisis in Syria, like most others, my heart stops and my stomach sinks. Sadly, it’s embarrassing to admit that I wasn’t fully aware, nor did I fully understand, what was really going on in this foreign country, 6,677 miles away from the United States.

Like many, it wasn’t until the image of a lifeless Syrian boy showed up on many forms of media that I finally decided to tune in to the very real and disturbing circumstance in this Middle Eastern country. I do not regret it and do not believe you will either, as this crisis is one of the most important issues of our time and is critical to understand.

So, in a brief and condensed summary for us who haven’t given the time to really research this issue: What is truly happening in Syria?

According to the article “Syria: The story of the conflict,” by Lucy Rodgers, David Gritten, James Offer and Patrick Asare for BBC in March 2015, the crisis in Syria began with a group of young pro-democracy teenagers in March 2011, who began to riot against the Syrian autocratic leader Bashar al-Assad, demanding his resignation. These authors explain that a civil war rapidly escalated as those loyal to the government retaliated with force and killed rebels who refused to back down from defending their rights. The conflict intensified and from June 2013 to March 2015, the number of Syrians killed in the conflict had climbed to 220,000, according to the UN.

Since these anti-government rebels arose, the fighting has transitioned into a religious issue as the Sunni majority fight against the Shia Alawite sect al-Assad belongs to. Clarissa Ward in her article, “In Detail: Sunnis vs. Shiites,” states the difference between these two religious groups “The division began [when] … Sunnis felt that Abu Bakr, a close friend of the Prophet’s, ought to be the next Muslim leader, but the Shiites claimed that Mohammed had anointed his son-in-law, Ali, as his rightful successor.”

What makes matters worse is that because of the instability in Syria, ISIS strategically entered the fight to gain power in the unstable atmosphere, capitalizing on the chaos in the region, ISIS –– the extremist group that grew out of al-Qaeda in Iraq –– has taken control of huge swaths of territory across northern and eastern Syria, as well as neighboring Iraq.

Once understood, it is clear how terrible the situation in Syria truly is and how desperate these citizens must be to choose to leave everything behind, cross oceans and walk thousands of miles to escape an unjust, daunting and unmerciful death in their own country. There have been hundreds of reports recounting the human-rights violations upon innocent civilians. These include U.N. findings of torture, murder, rape and, in extreme cases, the massacre of hundreds with chemical weapons.

It is understandable why the numbers of refugees are truly staggering. As stated in the CNN article “War has forced half of Syrians from their homes. Here’s where they’ve gone” by Mark Bixler and Michael Martinez on September 11, the number of Syrians leaving their homes is proportional to everyone in 29 states of America ­— 158 million Americans — packing up and leaving.

International shock has emerged as the media continuously blow up images of drowned children and people, of boats large enough to carry five but loaded with 20 people and of the grateful faces of the far too few who are actually able to make it to safety.

I know that I am not the only one to feel extreme hopelessness and pain when finally understanding the current situation on the Syrian refugee crisis.

It is unbelievable that these millions of innocent civilians have been forced to leave their homes due to a torturous autocrat, religious warfare and now ISIS. Although their journey to safety, or rather this “journey of death,” has a minuscule glimmer of hope for a new life somewhere completely foreign, it is still more than worth it when compared to the prospect of staying in the current morbid situation at home.

I do not think we will ever be able to fully understand the situation in Syria, but at least we now comprehend the true hell these civilians have had to go through and why there are hundreds who are right now on small boats, risking everything for a chance at freedom and life.