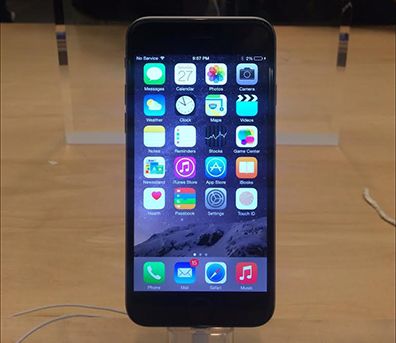 Hundreds of people swarmed into the Apple Store on Third Street Promenade as soon as doors opened at 8 a.m. on Friday. Apple’s newest devices, the 4.7-inch iPhone 6 and the 5.5-inch iPhone 6 plus, had just been released and people who had been waiting in line — some for more than 48 hours — finally had the fruit of their labor in their hands.

Among the hundreds who endured this metropolitan ordeal were Pepperdine freshman Micah Benn, YouTube star Justine Ezarik — whose channel is “iJustine” — and a wide array of personalities looking to get their hands on Apple’s newest coveted gadget. These are their stories. 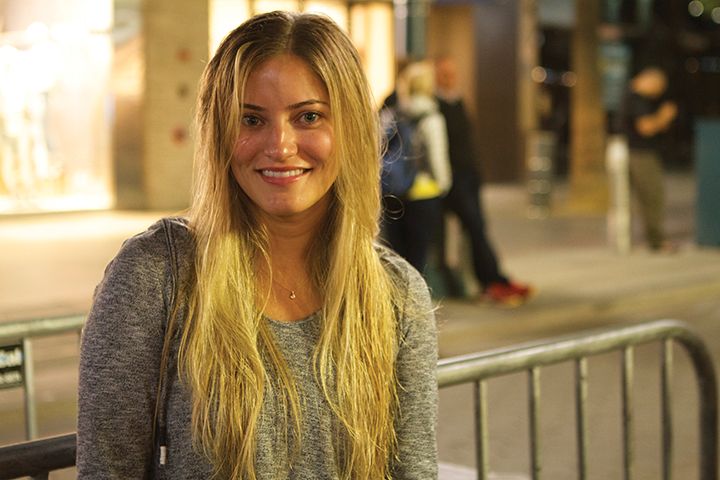 Justine Ezarik is a famous YouTube personality — her channel, iJustine, has slightly more than 2 million subscribers and she has 1.7 million followers on Twitter. “It’s like a real-life survivor. It is life-changing,” she said. Ezarik first lined up at 9 a.m. on Wednesday, Sept. 17 — spending approximately 48 hours in line by the time the Apple Store opened at 8 a.m. on Friday. “It’s been enlightening. Because we’re sitting here waiting for phones and I’m meeting people whose home we’re in. The first three hours I was here I was bawling my eyes out,” Ezarik said. Ezarik attempted to preorder the phone online, something that wasn’t possible due to Apple’s website crashing. 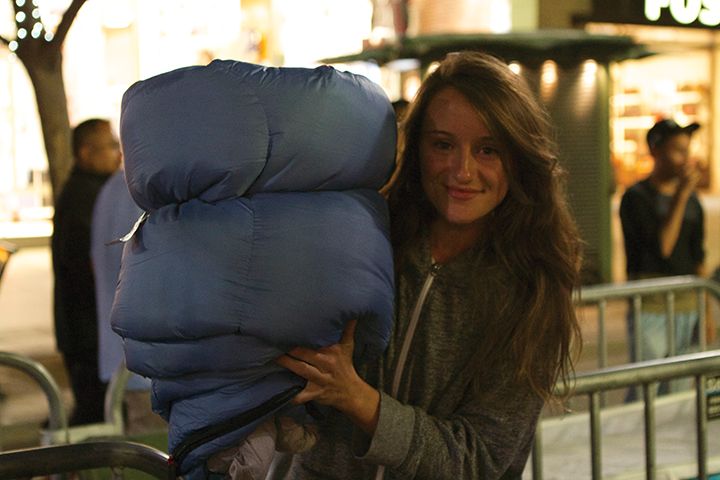 Jenna Ezarik is Justine Ezarik’s sister — her YouTube channel has 244,000 subscribers and she has 76.7 thousand followers on Twitter. She said she was in line, also arriving at 9 a.m. on Wednesday, Sept. 17, because she was due for an upgrade. “I never pay full retail price for it, so I usually just wait. And I’m excited,” she said. Jenna Ezarik said one of the perks of being members of a gym close by was that they could shower while in line — a benefit others weren’t able to enjoy.

In a follow-up YouTube video, Ezarik said that 36 hours in, she got “really really sick” and that, “essentially I almost pooped my pants and almost puked on myself.” 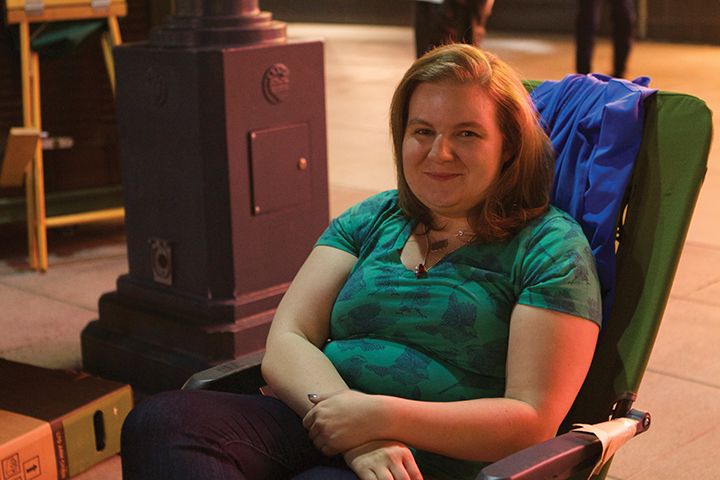 Patricia Pangelinan is the self-proclaimed world’s biggest Apple fan. She was present at the first-ever iPhone presentation, having bought tickets to the Jan. 9, 2007, keynote address at the Macworld Conference & Expo in San Francisco, Calif. She has lined up for all eight iPhone releases and called the four days in which she had an Android phone as, “The most frustrating four days of my entire life.” Pangelinan is a member of AT&T’s NEXT program, which allows users to pay a small monthly fee over 12 or 18 months in exchange for brand-new smartphones, meaning she didn’t have to pay the full $499 for a 2-year contract or $949 for a contract-free phone. 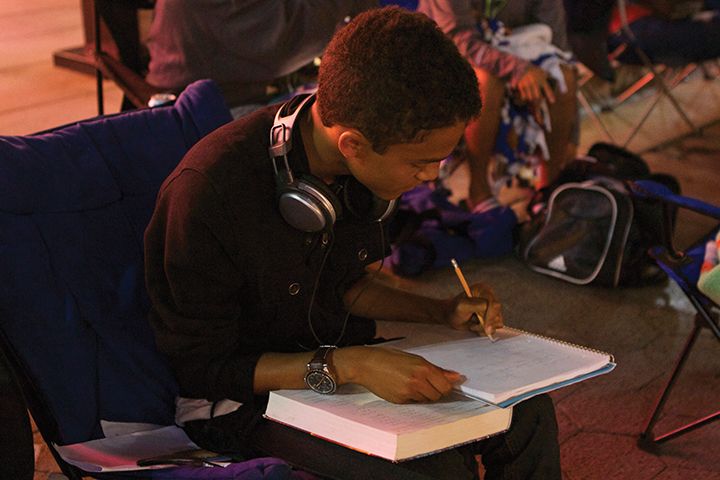 This is the first time freshman Micah Benn has lined up for an iPhone. Benn said he’s been an Apple fan since he was 8 years old, when he visited Apple’s headquarters in Cupertino, California. He described his first overnight experience as “wonderful.”

Benn, a computer science major who has created two iPhone apps — Wikipedia reference app Readings and Flocle, a game — said he was tired of a small screen. He said he was looking to test out the new iPhone screen, the motion processor and the touchID feature. While in line, Benn was working on his International Programs application for Lausanne and his calculus homework due on Friday at 9 a.m 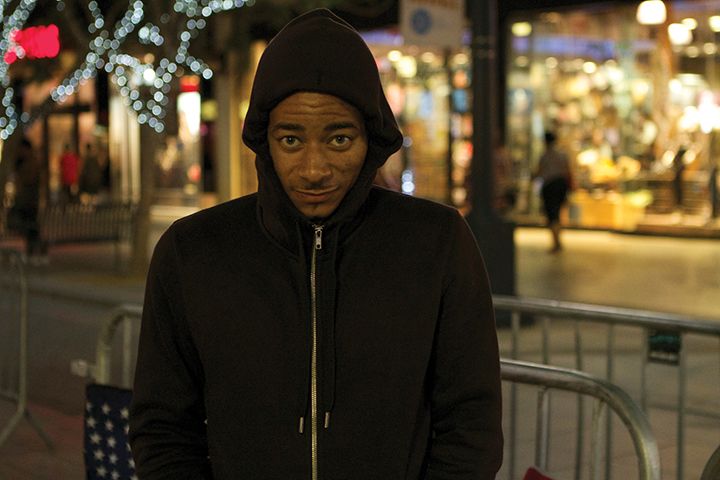 Ryan Lewis, who was also eligible for an upgrade, first got in line at 4 p.m. on Wednesday, Sept. 17. He is no rookie to lining up for iPhones, seeing as how he has lined up for every iPhone release since the 3GS — including the 4, 4S, 5 and 5S/C. Lewis said he didn’t preorder the phone online because, “I don’t trust the mail. The mailman is not going to come until 12 or 1, and I work at 11. So if I’m not there, they’re going to leave the phone on my porch. And everyone knows the phone is going to be shipped that day; I don’t want to take a chance.” 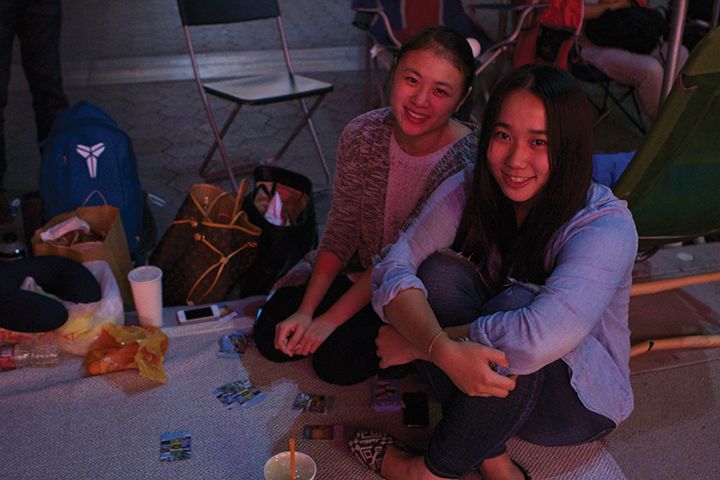 A student at Santa Monica College, Xiao (pictured right) arrived at the line at approximately 5:30 p.m. on Thursday, Sept. 18. She was planning on purchasing the unlocked iPhone 6 plus for a friend in China, claiming that the iPhones were too expensive and in low surplus back home.

She was playing card games with three of her friends, watching movies and doing homework to pass time. 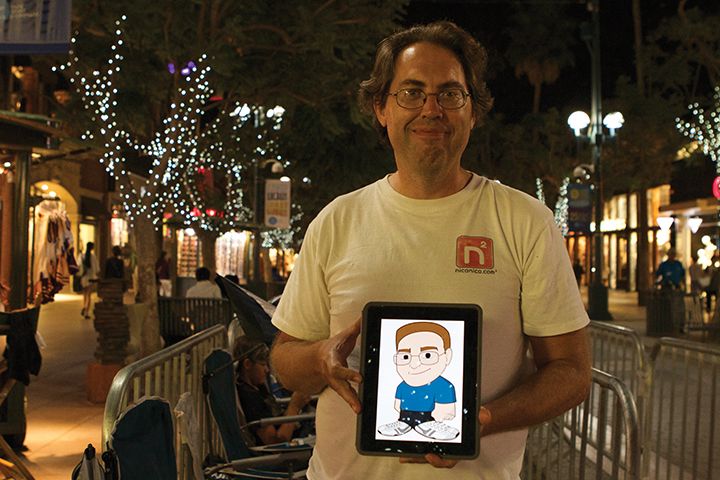 Andrew Babb got in line at around 2 a.m. on Thursday, Sept. 18. Babb said he considers lining up for a phone “an urban camping experience” and that he chose the iPhone 6 plus because he works in visuals, photography, graphics and music. Babb lined up with his brother and a few of his friends. His section of the line worked in shifts; some would rest while others went out to obtain supplies and vice versa. Babb said he had a couple of tips for people who are considering lining up for the next iPhone release: “Consider the weather, it really helps to have some friends, and diligence to know when the line is going to start.” 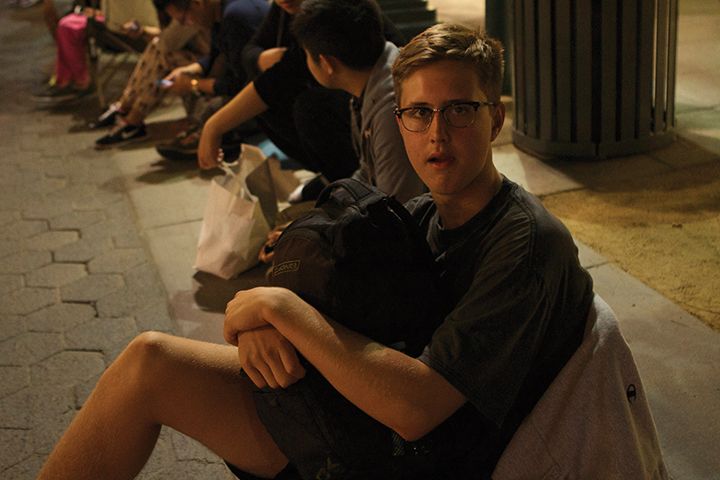 Frank Whittaker wasn’t in line to buy an iPhone. At least not for himself. Whittaker, who first got in line at around 8 p.m. on Thursday, Sept. 18, said he is being paid $40 an hour to wait in line for someone else. “People who wait in line are dumb. So dumb,” he said. Whittaker posted an ad on Craigslist listing his line place reservation service at $20, but when he was contacted, he doubled the price. This means that by the time the phone came out, Whittaker will have pocketed approximately $480. The person buying the phone didn’t specify what iPhone he/she was looking for.