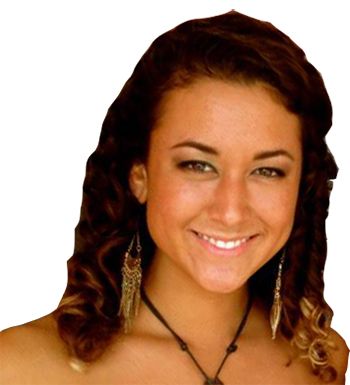 Think of the word, “surf.” What most predictably follows that word in your mind? There is a reason why the stereotype of being a “surf bum” exists more prevalently than that of being a “surf doctor” or “surf lawyer.” Surfing is time-consuming, and in a lot of cases, exclusive. Many people associated with surfing pick up a bad reputation for it. Labels like “Surf rat,” “beach bum,” “stoner,” and “kook” are often attributed to a surfer with the assumption that they have nothing else going for them except being a sun-bleached “dude” or “dudette.”

It takes a lot of time and dedication to be any good at surfing, and even if you are not any good at it, surfing often becomes addictive. There is a lot of adrenaline involved and people often discover an inescapable attraction to water within themselves.

However, surfing is becoming a cultural phenomenon due to accessibility and increased mainstreaming. It has expanded to include a wide variety of people, especially in places like Malibu, that are well known in the surf world. And it has also spread inland to lakes, rivers and even deserts where people carve down huge sandy faces.

Jefferson Wagner, lifelong Malibu surfer and owner of Zuma Jay’s Surf Shop on PCH said, “When this sport started in the ‘60s, it was an extreme sport. Now it’s a mainstream sport. Everybody surfs, full families come down to the beach and surf. A lot of doctors, lawyers and professionals … even our president surfs.”

The old stereotype of what defines someone as a surfer is being disposed of and replaced with a more flexible definition that allows almost anyone to casually identify themselves with the sport of surfing.

“I give a lot of lessons to people who didn’t move out here till their thirties and they’ve sat at a desk their whole life, and now I’m taking them out in the water four or five times a week, and they’re getting into the surf culture and getting in shape and getting a tan. It’s really expanded,” said Mitch Taylor, ex-professional surfer, lifelong Malibu resident and Manager of Becker Surf & Sport.

Those who previously would have had no hope of surfing — those who are disabled — now are given the opportunity to surf through new technology and the help of others. Some of them do extremely well.

Precedents have been set by numerous disabled surfers including Bethany Hamilton, Derek Rabelo and Nick Vujicic. Bethany Hamilton is a surfer from Hawaii whose story of losing her arm in a shark attack and later, becoming a professional surfer, appeared recently in the film “Soul Surfer.” Brazilian Derek Rabelo is a blind surfer who rides waves that most people with sight wouldn’t even paddle into. I once saw Nick Vujicic, a man born with no arms or legs, get pushed onto a wave in Waikiki, Hawaii, and get up on his own and ride it.

Unfortunately, it’s not all positive. A huge part of surf culture is the drug undercurrent that is still prominent in the surfing scene.

“We have a drug issue, even in this beautiful place. It doesn’t make sense, like why would you want to wreck this place doing drugs?” Taylor said. “But at the same time, I’ve realized that surfers are adrenaline junkies, and when there’s no surf and not a lot to do people get bored, so they resort to other things to get their adrenaline going. I know this from first-hand experience.”

Taylor described the rise of drug culture, “In the last five years, cocaine and heroin out here has become really big. And that’s just at the high school level. About half the kids I was coaching for the surf team out here were on drugs. Some of them made it out, but this weekend I’m doing a memorial for a kid that used to work for me but he just passed away from a brain aneurism because he abused heroin and cocaine … and he was only 22.”

Taylor described his own similar struggles and said, “I’m clean now but it’s a shame because I know I missed out on a lot of great things and great opportunities, but everything worked out real well. I feel blessed and very, very lucky. Now I look back on it and I think what a waste of time and how much money I wasted and the way I acted towards people … that’s still an issue here.”

“Nowadays the surf culture isn’t all wrapped up in ‘if you’re a surfer, you’re a stoner,’ That used to be the stereotype, and there’s still plenty of them,” Taylor said. “But at the same time, I have a lot of friends that are the total opposite, and smart kids that get great degrees and are not just sitting around getting high everyday.”

Wagner commented on his favorite of the surfer stereotypes: the Soul Surfer. “It refers to the guys and girls out there who just enjoy the wave. That’s the true joy and fulfillment in surfing whereas for others it’s the image. The soul surfers are the ones who are out there just for the purity of the sport and don’t worry about the color of their surf board, or the name brand of their wet suit, or what pair of sunglasses they’re wearing, or what suntan lotion they have on. If you can get away from that, that’s the core of the sport.

There’s no surfboard-shaped mold you need to fit into to be a surfer, but here are some criteria you can use to figure out if you were born to be a soul surfer.

How to know you’re addicted to surfing:

1. In registering for classes you arrange your schedule around the prime surf times.

2. The majority of your Instagram photos feature the ocean.

3. You check the local surf reports and/or the view of Surfrider point break from the Caf or Library every day.

4. You paddle out regardless of the size or conditions of the waves.

5. Even “Shark Week” and a “Jaws” marathon won’t scare you out of the water.

6. 60-degree water and the lack of a wetsuit doesn’t hold you back from shredding.

7. You can’t understand how someone can enjoy the beach without touching the water.

8. A beach work out is 100 times more appealing than a world-class gym.

9. When asked what kind of superpower you would like to have, your answer is always “water bending” or “breathing underwater.”

10. You fantasize about pictures of waves and dream about getting barreled.

11. You aren’t a science major, but you LOVE learning about how the ocean works.

12. You dress like every day is a beach day, regardless of the weather.

13a. You believe that you’re part mermaid or Aquaman and follow the motto of “Fish are friends, not food.”

13b. Or maybe you really love fish in a different way and identify more with ocean carnivores.

14. And of course, it’s NEVER a bad time to go on a surf adventure.