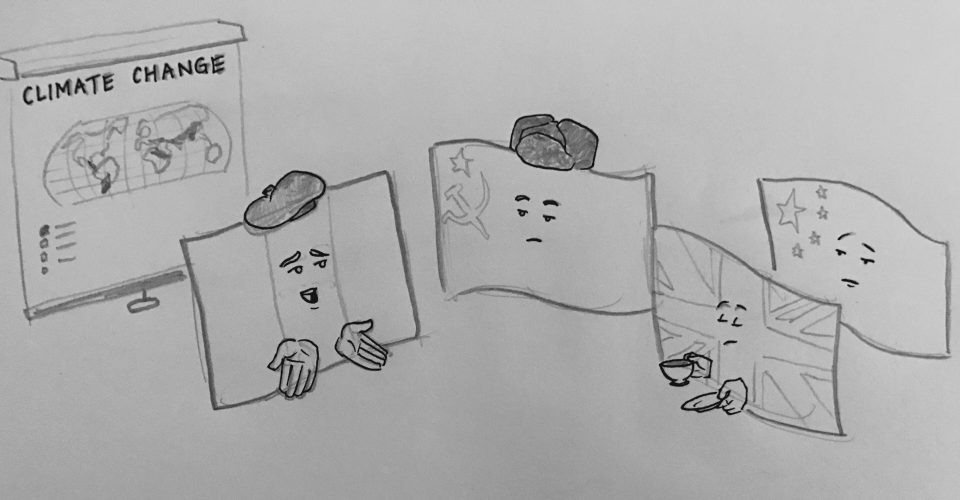 The science is pretty clear: Climate change is real. It’s caused by humans, and the results could be catastrophic. It’s impossible to predict exactly what will happen as more and more energy becomes trapped in the earth’s atmosphere, but it won’t be good, and the world needs to work together to do something about it. Industrialized countries like the United States need to take responsibility, as they are the ones not only releasing the most carbon emissions, but also the most capable of reversing its effects.

The Paris Accord in December 2015 was a breakthrough as 196 countries got together and committed to doing their part to keep the global average temperature from rising more than 2 degrees Celsius above pre-industrial levels. While this goal might not seem like much, it’s not an easy one to accomplish. Even if all of the signatories accomplished their pledges, the temperature is still expected to increase by more than 2 degrees, which is why part of the agreement is to meet again every five years in order to adjust and evolve the plan.

However, President Trump’s decision to pull out of the Paris Agreement is a huge step backward. As one of the biggest profiters of fossil fuels, the U.S.’s refusal to abide by the guidelines outlined in the agreement gives an unfair economic advantage over the countries that do. This could cause other countries to pull out as well, rendering the whole agreement worthless.

As intense of a goal as 2 degrees may be, many argue that it still isn’t enough. For many small island countries who have already been substantially impacted by the rise of seawater levels the motto is “1.5 to stay alive,” according to Ari Shapiro’s article “For The Marshall Islands, The Climate Goal Is ‘1.5 To Stay Alive,'” published Dec. 9, 2015 by NPR.

It’s undeveloped countries that have the short end of the stick when it comes to both climate change and what can be done about it. Impoverished areas will not be able to survive and rebuild after the next natural disaster. And how can they be expected to refrain from using fossil fuels to industrialize when those were exactly what allowed developed countries to flourish?

Americans have gotten a taste of what the future may hold with the hurricanes these past few weeks, but while cities like Houston may be able to rebuild, the small, impoverished and primarily colored towns along the coast that will not be able to move on so easily.

The Paris Accord accounted for this problem with a plan to help fund green energy in developing nations. Developed nations committed to provide $100 billion a year, a number which is actually meant to increase over time, according to Camila Domonoske’s article “So What Exactly Is In The Paris Climate Accord?,” published June 1, 2017 by NPR.

This was one reason Trump decided to back out, upholding an ‘America first’ policy. In a speech regarding the decision, Trump “vowed to turn the country’s empathy inward, rejecting financial assistance for pollution controls in developing nations in favor of providing help to American cities struggling to hire police officers” according to Michael D. Shear’s article “Trump Will Withdraw U.S. From Paris Climate Agreement” published June 1, 2017 by the New York Times.

But when the whole world is threatened, now is not the time to have an inward-looking policy. As one of the greatest industrial powers, America needs to step up, take responsibility and be an active leader in environmentalism, not sideline it due to economic interests.

It’s not too late. There are still four years left before the US can officially break from the agreement. Americans must band together, call their congressmen, and show their support of the Paris Accord before the next election.

Why Can't We Have Cultural Statues, Too?

Why Can't We Have Cultural Statues, Too?

Image courtesy of the BSAThe new school year is in full swing, and so is the Black Student Association (BSA) here at Pepperdine....
Copyright 2013 Jupiter Premium Magazine Theme
Back to top