Super Bowl Sunday Should Be a Holiday 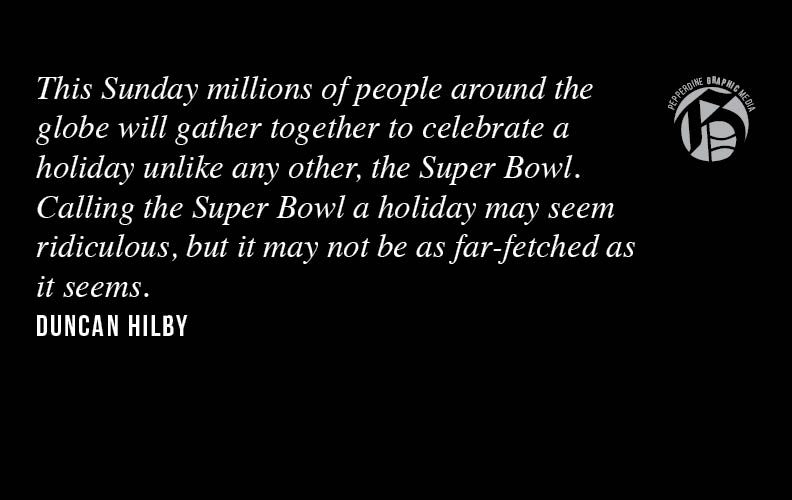 This Sunday millions of people around the globe will gather together to celebrate a holiday unlike any other, the Super Bowl. Calling the Super Bowl a holiday may seem ridiculous, but it may not be as far-fetched as it seems.

According to Fortune Magazine, 111.7 million people tuned in to watch last year’s Super Bowl. Compare that with the biggest blockbuster of the year “Star Wars: The Last Jedi”. According to Box Office Mojo, 66,570,600 tickets were sold for “Star Wars: The Last Jedi. The Super Bowl has also surpassed the popularity of other holidays. In a 2014 Ramussen Reports survey, only 8 percent of American adults felt that Columbus Day day was an important holiday. More people observe the Super Bowl than Columbus Day.

However, numbers may not be as convincing, so it’s important to look at the Super Bowl’s merits as a holiday. To do this it is necessary to establish the criteria for what makes a holiday. Most holidays are observed yearly around the same season, they have their own unique rituals that are followed by practitioners, people visit friends and family and there is a feast or shared meal that is observed.

The Super Bowl meets all of these criteria. Since its beginnings in 1967, the Super Bowl has been held during the winter season, in either January or February. Since 2004 it has been played at the beginning of February.

Rituals for the Super Bowl include gathering friends and family to watch around a television, a tradition eerily similar to gathering around a tree and watching others open presents, rooting for their favorite team and dressing in festive clothes, which are usually jerseys The sentimental feeling of gathering for a family meal during the holiday season is not lost with the Super Bowl. Pizza and wings are classic Super Bowl staples that are enjoyed nationwide.

The only thing that’s missing is a mascot to rally everyone around, but NFL commissioner Roger Goodell is making a great case for why he should be a comical caricature to represent a football holiday.

Once the Super Bowl becomes a holiday, the next thing to work toward will be getting the Monday after too be declared a holiday. 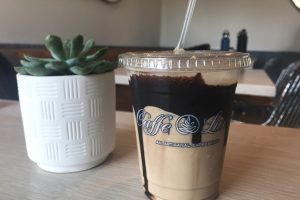