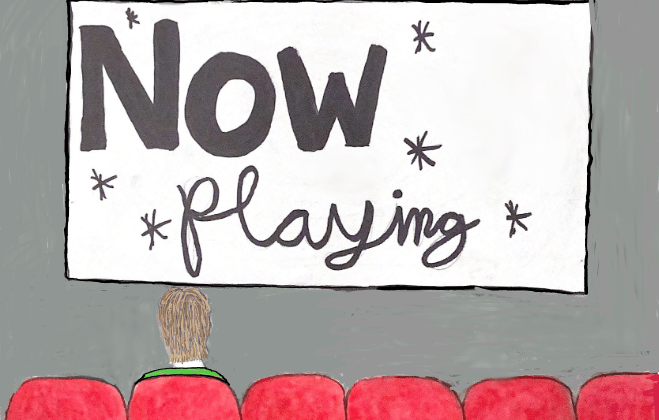 This past summer, new films attracted Pepperdine students to theaters. Despite the popularity of some of these movies, students said there are a couple that are not worth the watch. Sorry Nicole Kidman, but sometimes heartbreak doesn’t feel good in a place like this.

“A bad movie is made when people try to make something they think other people want to watch,” junior Carly Condon said.

“Jurassic World: Dominion” and “The Northman” are films that made the list of summer films some students do not recommend.

Sophomore Samantha Jurado said the most recent addition to the Jurassic films franchise, which hit theaters in June, disappointed her. She said the film focused on rescuing Maisie Lockwood, the daughter of a deceased scientist, during a time in which dinosaurs are loose in the world.

“I feel like the plot was just not as exciting as it could have been, and it just seemed like they really stretched out the films just to make another one,” Jurado said. “I feel like the content wasn’t of the best quality overall; it’s just a blockbuster film.”

Aside from the ways the film fell short, Jurado said she appreciated the creativity with Maisie’s storyline and the consistency with Chris Pratt’s character, Owen Grady, and his relationship with Blue, the dinosaur from the first “Jurassic World.” Even so, Jurado recommends trying out a new Marvel movie instead, such as the recent release, “Thor: Love and Thunder.”

“Any Marvel Cinematic Universe movies are really good,” Jurado said. “I’m a big fan of those.”

Condon said she agrees with Jurado’s thoughts on “Jurassic World: Dominion.” She said it is a story that did not need to be continued.

“It’s more so a story that filmmakers felt the need to make and make money off of, which I don’t necessarily agree with,” Condon said. “Because of that, the storyline just wasn’t necessarily developed.”

Like Jurado, Condon said the one redeeming factor of the film is its consistency with the original plot lines from past Jurassic movies. Condon, however, said she recommends students instead see Baz Luhrmann’s “Elvis,” in place of this movie, which was released in June.

“Baz Luhrmann is amazing, and I think that people have a very strong image of what they think a musical biopic should be, and I think that this completely obliterates that image,” Condon said. “It was like a cinematic version of his existence, and that’s really special.”

In addition to “Jurassic World: Dominion,” sophomore Lorenzo Mars said “The Northman,” released in April, is also not worth the watch. Mars said the film has a Hamlet-inspired plot with a Viking twist.

“I just didn’t think that the story really went anywhere,” Mars said. “It’s kind of like a male power fantasy movie, but I think they can do a lot better and also not make it necessarily just a male thing.”

“I won’t stop talking about that movie,” Mars said. “I think that with other action scenes in movies, it can feel like there’s this clunky transition between story stuff and action stuff. ‘Everything Everywhere All at Once’ makes action and story one solid thing.”

For a quality film, students said to choose “Everything Everywhere All at Once,” “Elvis” or “Thor: Love and Thunder” rather than “Jurassic World: Dominion” and “The Northman.” As for what qualifies these films as high-quality, Condon said the key is in the filmmakers’ passion for storytelling.