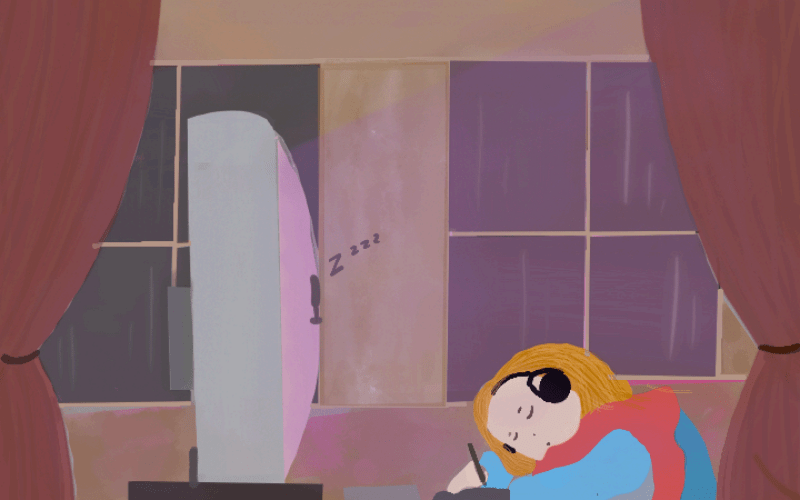 ASMR or Autonomous Sensory Meridian Response is the relaxing stimulant many young adults use for scalp prickling sensations, with triggers such as whispering, tapping, crackling and more.

Some Pepperdine students who feel close to the ASMR community urge to destigmatize the “abnormal” element surrounding what helps them study, relax and focus. The average age of ASMR viewers ranges from 18 to 25, according to a recent study.

ASMR has been a trend on YouTube for years — the first published video appearing in 2009 — and in 2021, there are over 5.2 million videos under the term “ASMR.”

The community is booming and scientific research is underway to determine the health benefits of this cultural phenomenon.

At the start of the pandemic, ASMR consumption increased due to social and mental health challenges such as isolation, financial stress and health concerns emerging.

One of the most popular ASMR content creators or “ASMRtists” with 1.5 million subscribers is ASMR Glow on YouTube, who goes by Sharon. ASMR helped Sharon she said throughout college with sleeping, studying and her anxiety. Her hope is for her content to affect others in the same way.

“I have met so many people with all different backgrounds and circumstances who told me how much ASMR helped them — people with PTSD, autism, depression, anxiety, insomnia,” Sharon said. “I really believe that mental health is becoming more and more important in today’s society, so if something can help, even a little, why not try?”

Sharon first found ASMR in high school when she stumbled upon it with her brother scrolling through YouTube, she said, never guessing that in a few years it would become her full-time career.

“We were kind of laughing about how strange it was, but then we kind of really enjoyed it,” Sharon said. “My favorite videos to watch are the ones where there’s a lot of personal attention, and those are my favorite to film as well.”

As an experienced ASMR content creator with over four years under her belt, Sharon said she wanted to bring more sci-fi/fantasy videos to the community — something she hadn’t seen before.

Some of her most popular videos include “ASMR Haircut Roleplay,” “ASMR in Different Languages” and more — ranging from seven to four million views each.

“These days I am inspired by what I watch myself,” Sharon said. “I am pretty in tune with the rest of the community, but I also follow requests sometimes and I look at what my viewers like to watch on my channel.”

Vargas feels ASMR helps him focus and keeps him on task during homework and projects.

“It immediately gave me this feeling of relaxation — like when I entered an empty office or quiet library, this body chill that went down my spine and made me feel relaxed,” Vargas said. “Since then, I have been completely addicted to it.”

Senior Hannah Cheng said ASMR helped comfort her nerves when her family was in the midst of a move from New York to Hong Kong. Now, Cheng watches channels like Goodnight Moon on YouTube every night before bed.

“It makes you feel like a little kid again,” Cheng said. “There is something about that action [ASMR triggers] it’s just so nostalgic and comforting and it brings me back to a simpler time and it eases any worries that I am experiencing. ASMR has definitely improved the quality of my life.”

In terms of content, Cheng said she prefers more low-fidelity or Low Fi ASMR — a type of video with less production quality because its filmed on an iPhone — and more storytimes, fashion hauls or simply tapping on household objects.

“I think something about it [Low-Fi] feels more intimate, and I think having an intimate space is another big reason why people like ASMR,” Cheng said. “Something about that feels nurturing and it’s a great way to feel comforted at the end of the day.”

While ASMR might not be the most conventional type of media consumption, Cheng said she used to feel self-conscious about telling people she enjoyed ASMR. But as its popularity increased due to people indulging in “oddly satisfying” videos on social media, she felt confident in sharing that part of her life.

Vargas said the stigmatization of ASMR can be attributed to spectators getting confused between poorly done ASMR and content creators putting in the effort to consciously relax people.

“There is so much diversity within ASMR content creators that it is very easy to generalize it,” Vargas said. “There’s just a lot of stereotyping that happens and since ASMR is so personal, no two people are going to have the exact same taste so it can be hard to bring it up in conversation.”

As creators continue to understand cues from their audience, it doesn’t look like ASMR will be fading anytime soon as percentages for ASMR consumption have gone up every year dramatically since 2018. Sharon said the majority of her viewers leave positive comments but for those who don’t, she chooses to ignore it and realizes that some are not ready to accept ASMR.

“For myself, I don’t have a goal really, I think once you arrive at this point you just want to enjoy it and continue what you’re doing for as long as you can,” Sharon said.

Sharon said she is working hard to encourage ASMR research in schools, medical settings and more so that the world can finally understand the spectacle that is ASMR. The sensation is proven to help with a slew of things ranging from ADHD to addiction to athletic performance and more.

The Show Must Go On — P.I.T. Brings Much-Needed Laughter 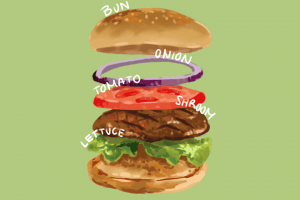 Art by Leah BaeCompletely giving up meat and animal byproducts may sound like a difficult transition, but plant-based diets...
Copyright 2013 Jupiter Premium Magazine Theme
Back to top