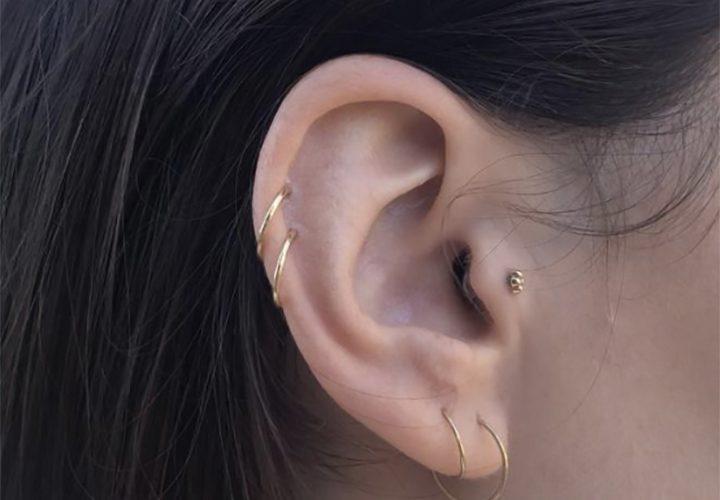 When junior Sergio Velazquez sat down in the tattoo parlor, he wasn’t thinking about how it would impact his career path, or what people would think of when they saw him. He was thinking about his family. A rising college sophomore at the time, Velazquez was getting ready to embark on his journey to Buenos Aires, where he would be away from his family for a year. He had spent the past three months creating a tattoo that would allow him to display his love for his brothers and bring his family with him.

Once the needle touched his skin however, he said he did think, “This is going to hurt,” but he doesn’t regret it. 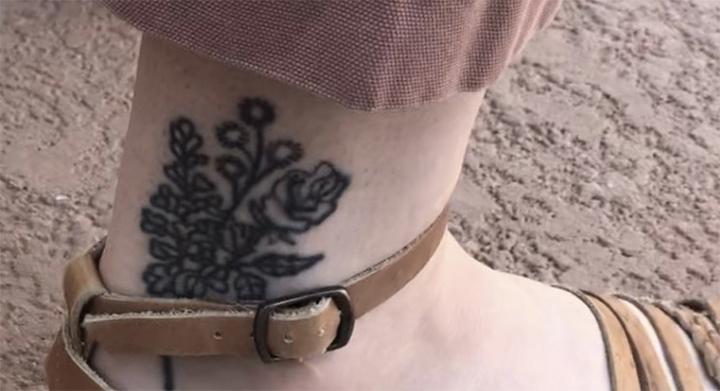 The International Journal of Innovative Research and Development found that “86% of young professionals did not think piercings and tattoos reduce the chance of getting jobs,” according to a Huffington Post article.

In comparison to the 38% of millennials with tattoos, only 32% of Generation X, 15% of Baby Boomers and 6% of the Silent Generation reported having tattoos according to Douglas L. Keene and Rita Handrich in their article, “Tattoos, Tolerance, Technology and TMI: Welcome to the Land of the Millennials.”

“My mindset is if someone can’t respect my own personal choice or my personal body and it that offends them to the point where they can’t work with me I don’t want to work with them,” said junior Macy Scruggs about her tattoos and piercings.

In the 20 years Nancy Shatzer, industry specialist, has worked at Pepperdine, she said her perception of body modifications on campus has changed.

“I have definitely seen a huge change in body art in our student body,” Shatzer said. “I think it’s much more frequent.”

In a survey of 50 within the Pepperdine community, 82% said they had a body modification. Of that percent 46.8% believe their body modifications would be considered alternative, Scruggs is just one of those responses.

Scruggs said her tattoos and piercings are a form of self-expression. They are something she has always wanted, despite her father’s persistent disapproval, and she has more planned out. Currently, she has four tattoos (three of which are easily visible), and 10 piercings, including a nose piercing. Scruggs said she is not worried about having body modifications because she sees the younger generations as “more accepting and expressive.” For Scruggs, tattoos have special meanings — something she wants to carry on her body.

She is not alone in this mentality.

“If anything, it should improve my character because I put things of meaning on my body,” said junior Emma Thomasson, when asked about how she thinks her body modifications will impact her career.

Thomasson has two tattoos, one on her wrist and the other on her ankle, and she said both act as important reminders in her life. Her first tattoo on her wrist is to honor a friend’s death to replace a bracelet she wore with his name on it. Her other tattoo on her foot was to commemorate her baptism.

Having grown up in small-town Waco, Texas, she said she did think about her future when she got her first tattoo and she and her parents were worried she would be judged. After moving to California, she said she knows there are places that will hire her and accept her tattoos. When it came time to get her second tattoo, she did not even think about her future as a therapist.

He and his two brother created the design, and he sees it as a show of genuine love for his brothers that “openly shows the world a part of me,” Velazquez said.

He said his parents, especially his mother, were against the idea of him and his brothers getting a tattoo, especially one on his forearm, which is not easy to hide.

Velazquez is not alone in dealing with this disapproval; 80% of the survey responses said they had a parent discourage or prohibit them from getting a body modification.

The Concerns or Lack Thereof

The stigma of tattoos representing gang affiliations was one of the reasons Velazquez’s mother was so against the idea, but Velazquez said he believes the stigma is changing. Tattoos are moving from criminal associations to personal expression, both meaningful and aesthetically.

Velazquez said he believes the acceptance for a lot of things is growing, but there is a level of professionalism that should be kept. Velazquez is considering getting more tattoos but wants to wait. 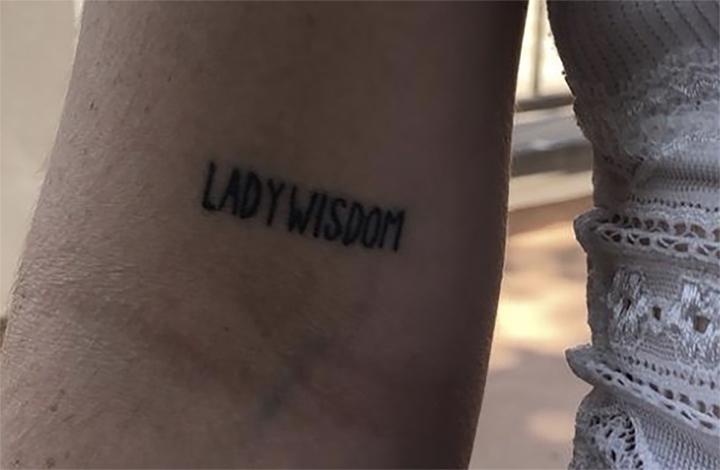 “You might say you would hire someone without tattoos over someone with them for a particular job. But when it comes right down to it, you will choose the most qualified person, body art or no,” said Micheal T. French, a professor in health management and policy at Miami Herbert Business School in his interview with Harvard Business Review’s Alison Beard. “Even the U.S. Marines now allow recruits to have visible tattoos anywhere but the face, because when tattoos were banned, the organization found it was losing out on good candidates.”

Velazquez said he thinks the stigma is still there, but the workplace has become more accepting. He saw faculty members at his Catholic high school with full sleeves and still thought they were professional.

Thomasson said she thinks the change will happen no matter what and that the younger generations are already forcing a change in the workplace.

Collin Enriquez, visiting assistant professor of English, said he was in graduate school when he got his tragus and conch piercings. His piercings were meant to celebrate anniversaries and goals that were coming up, and, focused on this, he did not think about his professional future when he got them. It did cross his mind later on.

Enriquez said he already knew he wanted to go into academia, and though his piercing would make him a little edgy, they were worth the risk.

Growing up, piercings were seen as unprofessional, but he said he wanted to express himself, pushing the boundaries of his self-expression. He saw academia as “a gray area, and a bit non-traditional,” Enriquez said, and he therefore was not too concerned even though he did think his piercings could impact his job search later on. During his job interviews, Enriquez noticed people looking at them, but the looks were more curious than judging.

“I think we probably hit the peak of its acceptance,” Enriquez said. Younger generations are more accepting, but body modifications are still seen as different even if they do not limit your chances of employment.

“[I have] a voice in the process of what professionalism can look like in my area and for my students I model,” said LaShunte Portrey, assistant director of recruitment and student development of International Programs.

Having always lived in a big city, growing up in San Francisco, going to graduate school in New York City and now living in Los Angeles, Portrey said she has seen an evolution of consumers and the development of new notions of what it means to be professional.

That traditional professional outfit that Portrey thought of while growing up did not include her natural hair, which Portrey said she considers a body modification alongside tattoos and piercings. She spent her life trying to change her hair, but after living in Tanzania, she has developed ownership for her unique habitation of her natural hair. She said she sees how she expresses herself shows students that they can express themselves in the workforce.

Despite Pepperdine’s more conservative image, Portrey said she was not concerned but rather excited to come to Pepperdine with a sense of freedom in how she could express herself.

She said her interest in marketing made Portrey think her piercings would not impact her professional outlook because marketing “dresses the part of enthusiasm.”

When she interviewed for her position, she said she “had gone through enough life experience to know what she needed to thrive and part of what I was asking for even as I interviewed was to be able to inhabit my space professionally … and needed to know that was OK and that I was stepping into a space that was welcoming.”

A study from the International Journal of Hospitality Management found that “[g]rooming and business attire were more important indicators in the hiring decision than tattoos and piercings,” according to the article.

Despite this, the article notes that it was still found that “visible tattoos had a predominantly negative effect on employment selection, driven by the hiring manager’s perception of customer expectations,” according to a study published by the University of St. Andrews.

The Communication of Body Mods

The recommendation of going conservative to be safe is prevalent and understandable, Sarah Ballard, industry specialists Nancy Shatzer and Yeneba Smith all agree.

Ballard teaches interpersonal communication which focuses on the context of communication on a one-to-one scare and how to interpret nonverbal communication. When applied to body modifications such as tattoos and piercings, how they are interpreted is heavily influenced by the cultures they are seen in, she said.

Ballard shared how her parents who run a paint shop did not want to hire anyone to have visible tattoos or for anyone they hired to get a tattoo because they feared it would make their business seem less than upstanding.

Between 70 and 90% of communication is nonverbal, and in Ballard’s opinion, body modification judgment is subconscious due to earlier messages and media representation. While younger generations do not see tattoos as a reflection of a person’s character in the same way older generations see them as taboo, Ballard said she thinks the reality is that people are more likely to get a job if they do not have any visible tattoos when being interviewed.

Ballard herself recently got a visible tattoo with her partner, and was “quite anxious about getting a tattoo that was visible for fear it would cause judgment from students, or peers, or supervisors,” Ballard said. Especially at Pepperdine because the Christian faith sees tattoos as sacrilegious.

Ninety-eight percent of those surveyed said they believe that certain industries, especially creative industries, are more open and accepting of body modifications in their employees.

While Shatzer has never personally had feedback that students were unable to get a job because of body modifications, she said one cannot assume creative industries will give a pass, no matter what. Even today’s society and in the arts industry, applicants with extensive tattoos and piercing may have trouble, she said it is always safer to be more conservative when going into an interview when one does not know the culture of a company.

She said the rest of her fields vary and depend on the company, and she counsels her students to go conservative if they do not know.

Smith said she chose to remain conservative with her decisions about body modifications, not because she was concerned about her future in education, but she did not want to. Smith did say she has considered getting one, in commemoration of lost loved one.

Is Overcommitment a Good Thing? 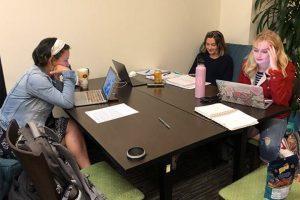 Is Overcommitment a Good Thing?

Photo by Hadley Biggs Junior Erin Miller leans over her laptop, typing a paper that was due 15 minutes ago. It is 11 p.m....
Copyright 2013 Jupiter Premium Magazine Theme
Back to top