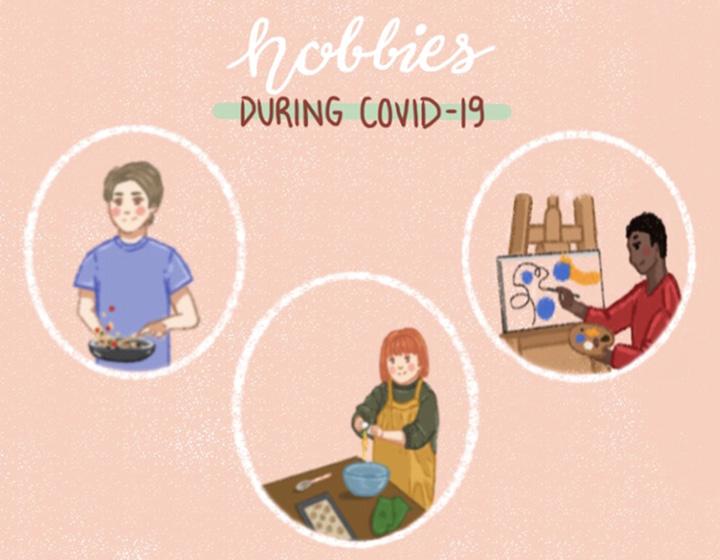 In the age of COVID-19, Pepperdine students and faculty are exploring their creative side. With quarantine restrictions in many states, some members of the Pepperdine community have had more time to dedicate to hobbies as discussed in a Graphic article earlier this year.

Students and faculty are exploring unique and innovative indoor and outdoor extracurricular activities. The shift to online learning due to COVID-19 has sparked many of their new interests.

“The learning process is a motivating thing for me, so every year I try to correct some of the mistakes I made the year before,” Humanities Professor Jeffery Schultz said. “And sometimes you overcorrect and make new mistakes and just continue to learn.”

Many students and faculty have been exploring hobbies that encourage them to step outside and appreciate nature.

Schultz said he has a garden in his backyard, which includes vegetables, herbs and a coffee plant. He also roasts his own coffee beans every morning for his family.

“Over the years, I’ve learned how hard gardening is — like how easy it is to screw it up,” Professor Jeffrey Schultz said. “So I’ve had a lot of failed gardens, and actually a failed garden is a pretty good lesson.”

Schultz said he and his wife, Leah Hanzlicek, grew up in families that gardened, so it was a natural progression that they would garden in their homes. Schultz has been gardening for over 20 years and continues to learn even more with all of the time spent at home due to the pandemic.

Although he has kept himself busy during the quarantine, Schultz said he has had more time to reflect on his hobbies and the joy they bring to his life. He likes to connect with history every day.

“I like old fashioned arts — things people just would have had to do as a part of their normal life like 150 years ago,” Schultz said.

Schultz said he spent his summer baking sourdough bread. He also made yogurt and kombucha. He expressed his appreciation for fermenting things, which he did with cucumbers and dill, making pickles.

Schultz said in addition to food-related hobbies, he finds working outside to be a meditative experience that is helpful in his life as a writer; he is currently working on his third book, which he hopes to release within a year.

Junior Aaron Ekenstam, from Thousand Oaks, CA, said he also found the outdoors helpful in maintaining balance in his academic life. Ekenstam has hiked all over the Santa Monica Mountains and surrounding regions.

Ekenstam has made an effort to get outside every day, especially since the move to online learning. He said he believes it helps him achieve balance in his life, and, as a result, he does better academically.

Senior Kendall Ross said her knitting company began as a hobby. She made an Instagram account called @id.knit.that to share her work with the Pepperdine community.

“It kind of happened on accident, so I didn’t set out to do it, but it’s kind of cool,” Ross said.

Ross, who is from Oklahoma City, began knitting at a very early age. She said at 10 years old, she learned to crochet from her grandmother, which made learning knitting easier. She learned knitting from a local yarn shop owner named Margaret.

Ross said her sales and production have increased since Pepperdine announced the online semester. She continues to create more knit creations to meet the demand.

“Things aligned; more people started following me and I had more time to make things, but COVID is probably when it started picking up for sure,” Ross said.

Ross said she designs and creates all of her own pieces, but she sometimes goes to her friends for advice or for their thoughts on a recent design.

“Usually I can visualize what I want to make in terms of colors or shape,” Ross said. “I can just kind of know how I need to make it and just make it, but I usually will just start making it without a formal design ahead of time.”

Senior Aracelli Chang said she has also become invested in crocheting as a hobby. She crocheted a little in elementary school but hadn’t practiced for years until returning home in spring semester. A double major in Biology and Chemistry, Chang postponed her graduation by a semester because she does not feel pressured to rush through school.

Chang said she drew inspiration from Ross and YouTube videos. She crocheted a replica of the Harry Styles cardigan — a popular colorful knitted cardigan Harry Styles wore during multiple performances.

In her free time this semester, Chang said she loves to bake and has dabbled in baking different things, including sourdough bread, throughout the summer.

“It’s definitely something really good to do during quarantine because, with the sourdough starter, you have to feed it every day when you first started like you’re growing something,” Chang said. “It’s like a pet.”

Chang said she had a phase where she was baking a lot of cakes but had to stop because there weren’t enough people to eat them. She gets inspiration from baking shows and continues to create things like the Harry Styles cardigan to keep herself entertained.

Even though COVID-19 has brought many hardships and forced people to shift their daily routines, it’s important to remember there is always a bright side, Schultz said. The pandemic has provided members of the Pepperdine community with the opportunity to learn new things and explore hobbies they otherwise never would have considered.