By Chirag Patel and Edith Lagos 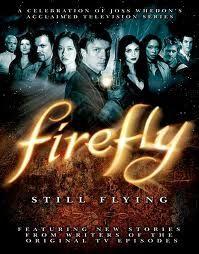 Joss Whedon has made a career out of developing hugely successful television and film franchises, including “Buffy the Vampire Slayer” and Marvel’s “The Avengers.” But it might be one of his lesser- known projects that entices him to step foot on Pepperdine’s campus, if junior Evan Woodham has his way.

Woodham, an economics and political science major, is bringing Whedon’s short-lived television show “Firefly” to campus. A series of screenings began Tuesday with the pilot episode andit will continue with more episodes of the show every Tuesday at 10 p.m. in Elkins Auditorium. Woodham is also working to culminate the screenings of the series with a screening of “Serenity,” the feature film that served as an ending to “Firefly,” at the REEL STORIES Film Festival in January.

“It is a really quality film,” Woodham said. “It works very well as a stand alone but is a real masterpiece if you watch it as the third act of Firefly.”

Woodham is hoping to invite Whedon as a guest and potential panelist at REEL STORIES.

“I definitely have to invite him early,” said Woodham, who is exploring possible avenues to reach Whedon and secure permission to have the famed screenwriter make an appearance.

“Firefly” is a series that blends the science fiction and Western genres to tell the tale of a crew of space-faring renegades trying to find their way in a universe still reeling from the aftermath of war and the political instability it has left behind. The series has developed a strong cult following, and like many fans of the series, Woodham was first introduced to “Firefly” many years after its conclusion.

“I finally gave it a chance after hearing people saying good things about it, and I definitely fell in love with it,” Woodham said. “The writing is very clever, the characters are very fleshed out and it was really an original work.”

Woodham was intrigued by the universal themes presented throughout the series, which include anti-totalitarianism, subjugation, western and eastern archetypes, morality and religion. He is looking into the potential of developing the screenings into a club convocation focusing on some of the themes present in the series.

“When I first watched Firefly, I had the good fortune of the local art house showing it on a big screen, and it was a great experience,”  Woodham said. “It sort of germinated the idea of bringing that to other people. I didn’t want other people to miss it.”

The show’s screening opened Tuesday night to five attendees, indicative of the show’s cult status. The small crowd was made up of newly initiated followers and devoted fans rewatching the pilot for the fourth time.

“This was my first exposure to ‘Firefly’ aside from the rabid Internet fans. It was nice to start the show with friends, even as few as they were,” said senior Kailyn Neil.

The pilot opens on a battle scene. Our protagonist Captain Mal and his first officer, Zoe Washburne, are caught on the losing side of a war, the details of which the audience does not know yet. Cut to six years into the future to find Mal and Zoe again, along with a few new faces, stealing precious cargo from a dilapidated space ship. Mal is now the captain of Serenity, an old space ship whose model is referred to as Firefly. The person who was going to pay them for the cargo retracts his offer, and the crew of Serenity have to find someone to purchase the stolen goods, which they eventually do. Along the way, however, they come across a federal agent, a doctor on the lam and his genius sister and a religious man named Shepherd. All this takes place in the first episode.

Beware of the sheer 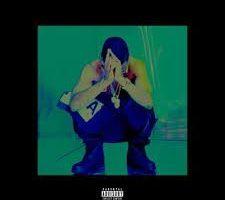 “Hall of Fame,” the sophomore album release by rapper Big Sean, was overshadowed by the buzz created by “Control,”...
Copyright 2013 Jupiter Premium Magazine Theme
Back to top