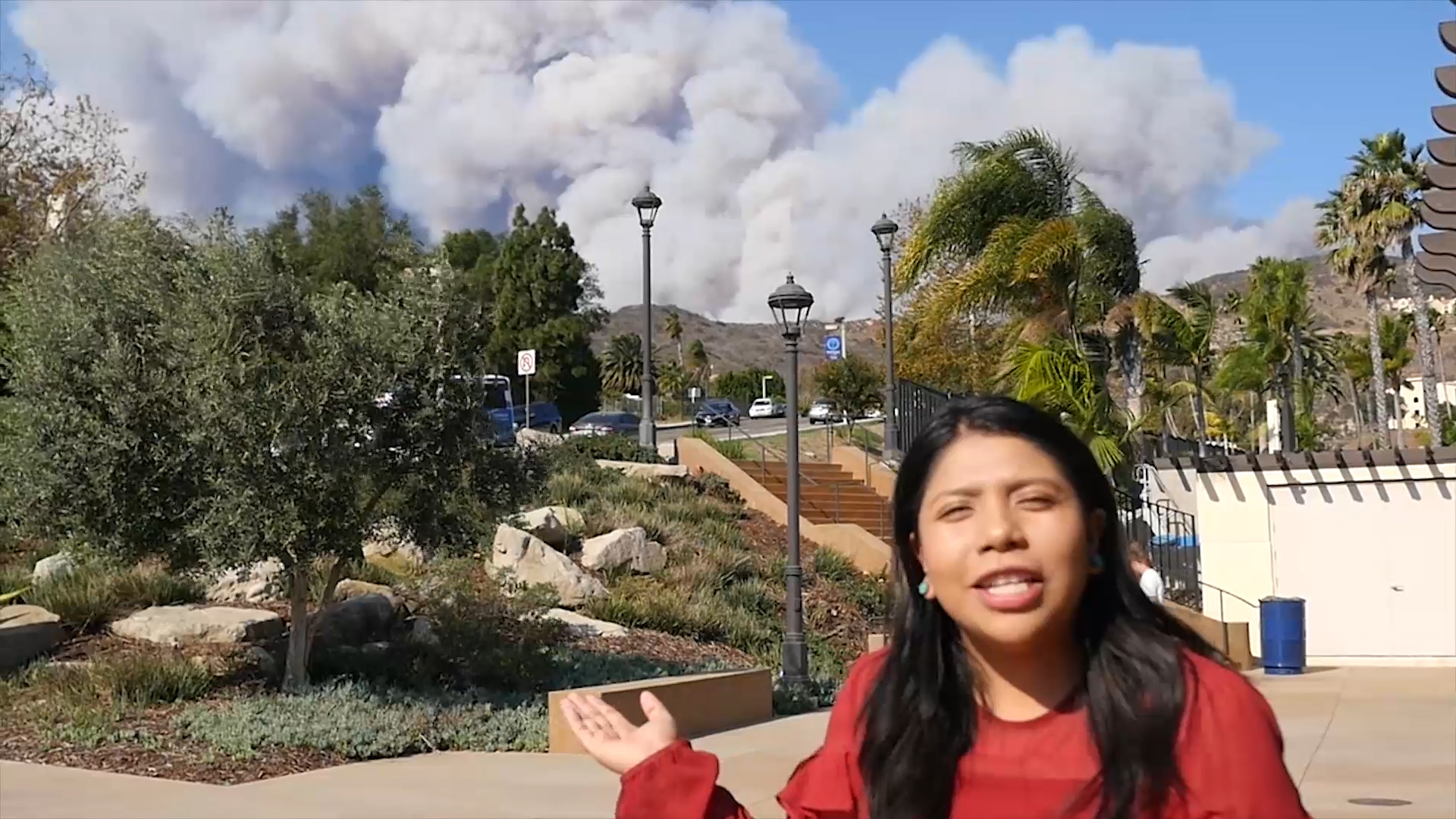 It was right before midnight Wednesday, Nov. 7, when we got the text that catapulted us into the next 48 hours.

“BREAKING: shooting at Borderline in Thousand Oaks around 30 minutes ago”

Shortly after, we met in the newsroom, along with another reporter, Kayiu Wong, and one of our advisers, Elizabeth Smith. We split into two groups, one heading to the scene of the shooting for live coverage and the other staying behind to manage updates on the Graphic’s website and social media.

There was an otherworldly atmosphere as we reported on such tragic events as they unfolded, knowing the importance they had on our university. Bearing witness to a mass shooting was heartbreaking and difficult. Seeing victims struggle to understand what just happened, family members anxiously waiting to see their loved one come out and hearing firsthand testimonies from survivors was painful.

No matter how heartbroken or emotional we personally felt, we felt compelled to provide our community with as much information as possible, as soon as possible.

We worked through the night and did not have much of a chance to analyze our own emotions until much later in the day, when there were lulls in news coverage. On Thursday afternoon, we received the tragic confirmation we sadly suspected. A fellow student, Alaina Housley, was fatally shot at Borderline.

Sitting in the newsroom, trying to grasp this, was something we hoped would never happen. Sadly, it’s something we fear we’ll continue to have to do as we move onward in our careers as reporters.

The following morning, we awoke to another round of breaking news due to the Woolsey fire. Yet again, we broke into groups for coverage. We worked against power outages and misinformation in the media to ensure the community was aware of the firefighters’ progress, the university’s status and the condition of students.

Being a student reporter amidst all of this tragedy was a struggle in that it prevented us from fully processing the news we were delivering. There was no time to consider the personal implications of these events — our priority had to lie in our reporting.

With our university in the center of this much news, we not only were reporters, but interviewees as well, as dozens of news outlets reached out to us for comments. We tried to maintain a balance of answering media requests, but also prioritizing our own reporting. The experience showed us what it feels like to be on the opposite side of reporting and taught us a lesson or two on how to communicate with those involved in traumatic or stressful events.

However, one of the greatest takeaways from this experience was the resilience of our community. We watched as worlds were torn apart and individuals broke down, just to be comforted by another grieving member of the community. Despite what other news outlets reported, our university remained strong and level-headed in the middle of unprecedented turmoil.

No matter how shaken someone was, they still took the time to check on those around them.

The Pepperdine community showed love and patience as they processed really hard events. Many parents opened their homes to students who didn’t have a place to go, students offered rides to their peers, and professors reached out to their students to ensure they were safe.

We may be reporters, but we’re students, too. We’re healing and grieving alongside the rest of our community. The recovery process for Pepperdine has only begun, but the compassion and generosity of many around us signal a community of strength and hope.