Stories from the Shade: When Light Hurts 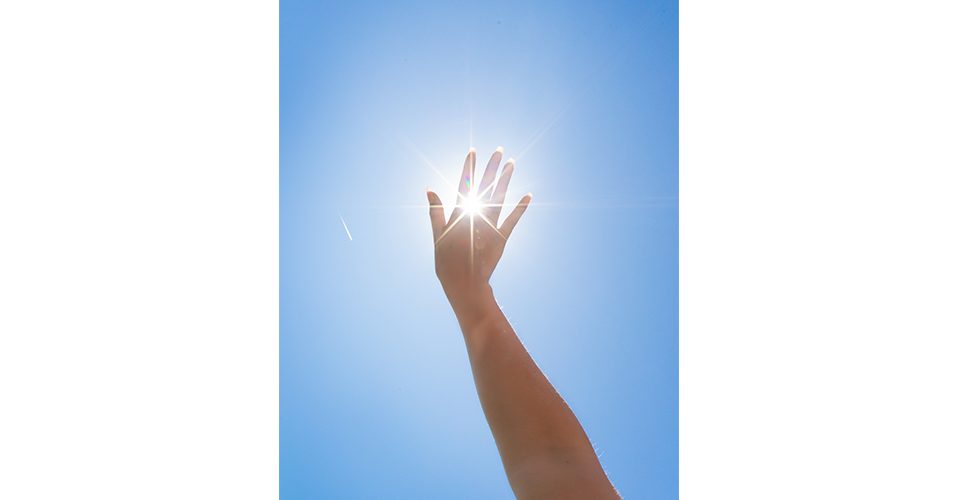 In a land of perpetual sunshine, it’s not easy to avoid light.

And most don’t want to.

But for some, light harms, prompting or worsening conditions like migraines, malignant skin growths or joint pain to such an extent that retreating to darker surroundings is necessary for relief.

Senior Veronica Lempert has experienced chronic migraines since she was 7, but after a surfing accident in high school, her migraines became a daily occurrence. Both natural and artificial forms of light cause or aggravate her migraines, which she experiences with auras — the presence of colors and shapes in one’s vision.

“Light has always been really hard … ’cause you can’t go out of commission,” Lempert said. “If you have a migraine every day, you don’t have an option to not be a person anymore. You have to go to school and use your phone and use your computer, and every day you have to learn how to cope with it.”

Lempert isn’t alone; 85 to 90% of individuals with migraines experience photophobia, or light sensitivity, according to the American Headache Society.

For Lempert, this means managing migraines easily prompted by the increased use of energy-efficient LED lights present in everything, from overhead lighting in classrooms to the car headlights that flash in her eyes on her commute home.

“When one of those [cars with LED headlights] comes at me, the odds I get a migraine are astronomical,” Lempert said. “Of course I want the planet to be saved and LED is amazing for that. But those kind of things you wrestle with.”

Like Lempert, senior Hayley Swedal deals with frequent migraines — down from two to three times per week to about one every two weeks since starting a new prescription. Light triggers her migraines, as do factors like dehydration or stress.

“Typically sunlight is OK but flashing lights — like … at concerts sometimes — that is really bad,” Swedal said. “I get an instant migraine from that or just artificial light in general.”

In order to protect herself from these migraines, Swedal has had to make some sacrifices.

“I haven’t been to a concert in like five years,” Swedal said. “There’s plenty I’d love to go to but it’s not normally worth the pain.”

Sunlight can also play a huge role in sparking or worsening migraine symptoms, presenting a challenge for those residing in Southern California.

Senior Emma Mendakis, who experiences migraines most days of the month, said the sun can prompt migraines that last up to two weeks.

Although there is no cure for migraines, one of the best things for someone experiencing a migraine is actually submerging oneself in darkness, Lempert said.

“[Darkness] is like a bath for your brain when you’re in a migraine,” Lempert said.

Only 12% of the global population experiences migraines, according to the Migraine Research Foundation, but sunlight can pose a serious risk to everyone in the form of ultraviolet (UV) rays.

“If you have skin, you can get skin cancer,” said Lisa Quale, health educator at the Skin Cancer Institute at University of Arizona. “Everybody can get it.”

The sun emits multiple types of UV rays, Quale said. UVA and UVB rays are the ones that pose the greatest threat to skin. UVB tend to seep into the skin’s top layer, causing sunburn, whereas UVA travel deeper, making their way even through windows to tan the skin.

“The burn [from UVB rays] feels worse, it feels more unhealthy, but a suntan is just as bad for your skin … on a different level,” Quale said. “It causes genetic mutations in your cells. You want to avoid both of them.”

The effect of exposure to UV rays builds up over time and cannot be undone, she said.

“Our cells are always repairing themselves … but they can’t fix it all perfectly,” Quale said. “So you get little mutations in your cells and your DNA. Over the years, that damage may or may not lead to skin cancer but the more you’re exposed to the sun, the more likely those cells are going to turn into skin cancer.”

Living in sunny Arizona with a familial history of skin cancer, Pepperdine senior Chase Manson has become well-versed in the dangers the sun can pose. He was 6 when he had his first questionable mole removed.

“We were always cautioned to wear sunscreen,” Manson said. “As a kid, I didn’t do that and I learned that that’s not good.”

People of all races can develop skin cancer when exposed to UV rays, Quale said. Some may have higher levels of melanin, the pigment that darkens skin and “creates a little umbrella over the top layer of your skin so that UV can’t get into the deeper [skin] layers,” but they are still susceptible to the effects of the rays.

Quale said in many cases of skin cancer involving people of color, patients see melanoma show up in areas with less pigmentation, like the soles of their feet.

She added that the “base tan” that many fairer individuals claim protects them from UV damage is actually the body’s visual cue that it is fighting this exposure through added melanin production.

“Basically it’s saying, ‘Ah! Stop doing what you’re doing. I’m having to darken to protect myself from your behavior,’” Quale said.

To avoid skin damage, Quale recommended wearing high-coverage clothing and sunglasses, wearing sunscreen of at least 30 SPF, staying in the shade when possible or even remaining inside for the peak sunlight hours of 10 a.m. to 4 p.m.

Manson said he takes several precautions regarding sun exposure, especially after he had to have a mole removed from his ear that was on the brink of becoming melanoma. It was a more extensive operation than his earlier procedures and left a small scar.

“I think people, particularly where I’m from, think that skin cancer affects people later in life, which it does,” Manson said. “The decisions you make now will impact the way that your skin looks now and down the line but also be very cautious of what you do to yourself now because you can always put yourself at risk.”

While some can see the effects of sun exposure in the form of sunburns or tans, for others, the effects lie under the surface. Forty to 70% of individuals with lupus, an autoimmune disease, experience photosensitivity, or worsening of symptoms prompted by sun exposure, according to the Lupus Foundation of America.

These symptoms can vary from person to person, depending on their type of lupus, said Lauren Metelski, health education nurse manager for the Lupus Foundation of America. Those with cutaneous lupus erythematosus — or lupus of the skin — may see physical changes to their skin, like a sunburn. Those with systemic lupus erythematosus, which affects internal organs, may experience fatigue or other pain.

“We think of the sun mostly as having the visual exposure like a sunburn or a reaction,” Metelski said. “But for people with lupus, it can activate the cells within the body as well … beyond just what is visible.”

Sometimes, this UV exposure can trigger one’s lupus symptoms, Metelski said. Doctors and patients struggle to identify lupus because its symptoms vary from person to person and can mirror other illnesses.

“[One individual] had what they thought was a sunburn after being in the sun for a vacation,” Metelski said. “But that sunburn never necessarily [went] away. Upon follow up with the physician and the dermatologist, that’s when they saw that it wasn’t necessarily a sunburn. … It was lupus.”

“People who are so photosensitive … a lot of them do live in darkness [of sorts],” Metelski said.

In order to avoid triggering their lupus symptoms, some have to stay indoors at certain times of the day, Metelski said.

But this sacrifice ultimately benefits the patients in the end, she said.

“As a sun lover myself, that makes me really sad,” Metelski said. “But I know that for them that means having fewer symptoms. So that’s a good thing.”