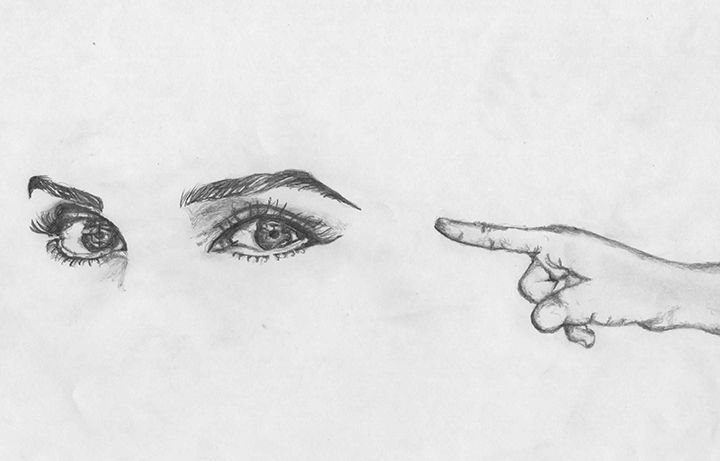 With all the categories available for us to sort and shelve ourselves, it’s no wonder why we love Buzzfeed quizzes so much. It’s pretty embarrassing how excited I get over a few indiscriminate questions that promise to tell me what breakfast food I am (French toast) or which character from “Parks and Recreation” is most like me (Li’l Sebastian, of which I’m oddly proud).

The NPR podcast “Invisibilia” covered this urge to sort ourselves in the episode “The Power of Categories,” aired on Feb. 6, 2015. The opening introduced a New York coffee shop, Rize, which has an interesting way of gathering tips.

“They always put out two tip jars, two big glass jars with little chalkboards in front,” host Lulu Miller explained. “And every day, they write on the little chalkboards two different categories to choose from. So one day it might be cassette tape versus vinyl … or kittens versus puppies.”

The idea was a big hit, and barista Danielle Cloutier remarked on the change: “Oh definitely. It’s definitely getting us more tips.” It seemed as though this tiny choice carried something greater along with it, something in which everyone wanted to be included.

However, the allure of categorizing is exclusive to the ability to control it. We like to take Buzzfeed quizzes because we are the ones controlling the answers. If we don’t like being cucumber melon hand soap, we can go back through and adjust the answers until we land on Japanese cherry blossom. Deciding one’s own category is empowering, but deciding the categories of others? That’s where we begin to cross the line.

Don’t lie. We all do it. We all fall prey to that impulsive desire to box others in and condense their character into a few bite-sized keywords. Here at Pepperdine, it’s easy to see this process in action. Just ask about a girl in a sorority, and you’ll be quick to hear, “Oh, she’s a Pi Phi” or “She’s such a Kappa,” as if this specific description has some greater denotation, one capable of encompassing a whole personality.

These judgments are not only limiting, but also wrong more often than not. Psychologist Nicolas Kervyn published studies in the “European Journal of Social Psychology” in 2008 covering face-value judgments. His findings indicated that these judgments typically rely on stereotypes and shortcuts that skip over valuable information to reach a quick conclusion. As Kervyn says, “Your gain on one [trait] can be your loss on the other.”

Allowing others to define themselves, to tell the narratives of their own lives, is the only way we can transcend our human categories. People are their own stories, but real life isn’t fiction. These stories can’t be bound up into predictable happily-ever-afters. The reality is that other people are not simple, and they are not plot devices; they’re just not you.

When the only story you’ve lived is your own, it’s difficult to understand the actions of anyone else. After all, our actions always make sense to us because we’re the ones doing them. I’m sure we’ve all uttered that infamous phrase, “Well, if I were her…”

But we aren’t. She can only be herself, and if I were her, I would have made the exact same choice because the sum of her unique life experiences would have led me to believe that the action she took made perfect sense.

You know the saying: “You can’t really understand another person’s experience until you’ve walked a mile in his or her shoes.” Well, I’d like to propose we give it a change. Our scope is limited by our own experiences, our own realities, our own Buzzfeed quiz answers. In light of that, don’t just grab someone’s shoes and leave. Wait until they’ve finished their own walk and ask them how it was. Ask them what they saw. Ask them how their shoes felt.

At the risk of losing myself in this metaphor, I’ll get to the point — if you want to keep yourself from judging others, start letting them judge themselves.

We could all take a cue from Matthew 7:3-4, arguably one of the sassiest sections of scripture in the New Testament. The NIV reads, “Why do you look at the speck of sawdust in your brother’s eye and pay no attention to the plank in your own eye? How can you say to your brother, ‘Let me take the speck out of your eye,’ when all the time there is a plank in your own eye?”

We’ve all got a few planks in our eyes to deal with, so next time you’re tempted to write someone else’s story, put down the pen and focus on your own. 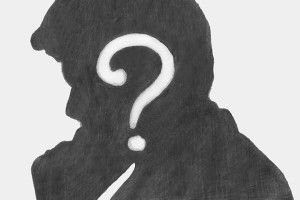 Art by Kris HarperThere is still more than a year until the next president of the United States is elected, but already the media...
Copyright 2013 Jupiter Premium Magazine Theme
Back to top