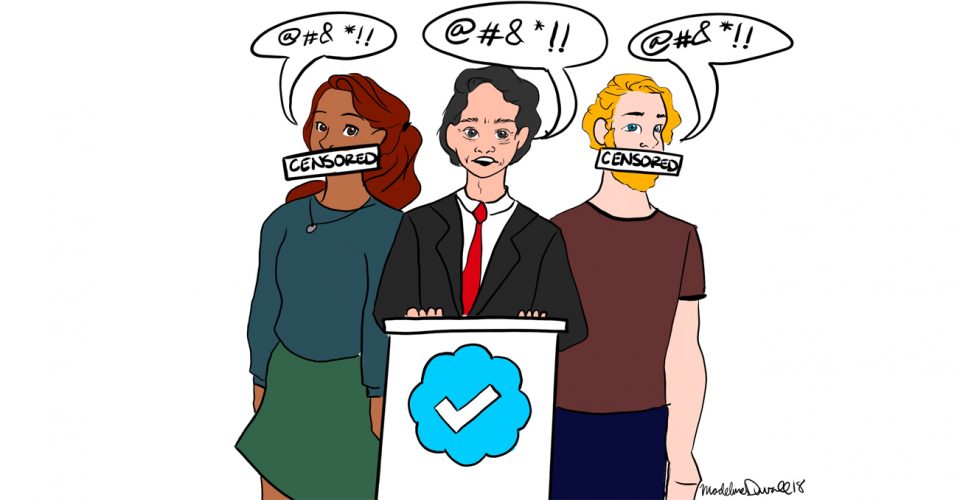 Twitter is celebrated as a bastion of free speech. However, attempts to maintain the platform as a safe and open environment for expression may have actually backfired, creating the opposite result: censorship.

It’s no secret that President Trump loves his Twitter account. But not everyone is a fan of his often ill-advised tweets, as the protests that erupted after his recent comments about the size of his nuclear-missile button compared to North Korea’s prove.

Protesters called for Trump’s account to be removed, some even projecting the message “Trump or @jack must go” on the side of Twitter’s headquarters in San Francisco, in reference to Twitter’s CEO Jack Dorsey, according to Hayley Tsukayama’s article in the Washington Post, “Twitter explains why it won’t block ‘world leaders’ — without naming Trump,” published Jan. 5.

“Blocking a world leader from Twitter or removing their controversial Tweets would hide important information people should be able to see and debate,” responded Twitter in a statement titled “World Leaders on Twitter” published to their website on Jan. 5.

They have a point. But while they seem to uphold the ideals of free speech in this instance, behind the curtain their policies regarding suspending and removing accounts are less than consistent.

For the first time in history, citizens have the ability to censor the government, and not the other way around. However, there is little reason to think that a social media company in Silicon Valley is any more responsible at wielding this power than the government. If Trump breaks the rules, why should he be exempt from the consequences? Twitter’s secrecy and ambiguity regarding the ways in which they decide who has broken the rules and who hasn’t allowed them to block accounts willy-nilly, as they wish. Allowing certain accounts special exceptions and not others is in itself a form of censorship.

Furthermore, Twitter’s platform makes it possible for people to censor each other. The “About suspended accounts” page published on Twitter’s Help Center states, “We may suspend an account if it has been reported to us as violating our Rules surrounding abuse.” This implies that Twitter relies almost entirely on these reports of abuse, and any account receiving a high volume of complaints is subject to suspension.

“Any organised group can now make Twitter work for them censoring the people they target, to make it label their tweets as ‘sensitive’ or ‘potentially offensive‘, to delete all of them, to hide, suspend, and close the accounts they may see fit” writes Alfons López Tena in his article “Twitter has gone from bastion of free speech to global censor,” published June 27 2017 by Business Insider.

If one of the leading and most reputable news sources in the world isn’t safe, no one is. Except, it seems, “world leaders.”

Twitter has made no attempt to clarify this highly ambiguous term, and there is no way of knowing who qualifies for it.

Twitter may be attempting to protect the freedom and safety of the people who use their site, but their judgment and methods should be questioned. Twitter needs to rethink how they go about this if they are to remain a platform for free speech.

Have Faith in Journalism 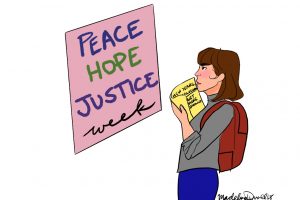 Art by Madeline DuvallWelcome back to the controlled chaos of a new year, new classes and new resolutions. As Pepperdine’s...
Copyright 2013 Jupiter Premium Magazine Theme
Back to top