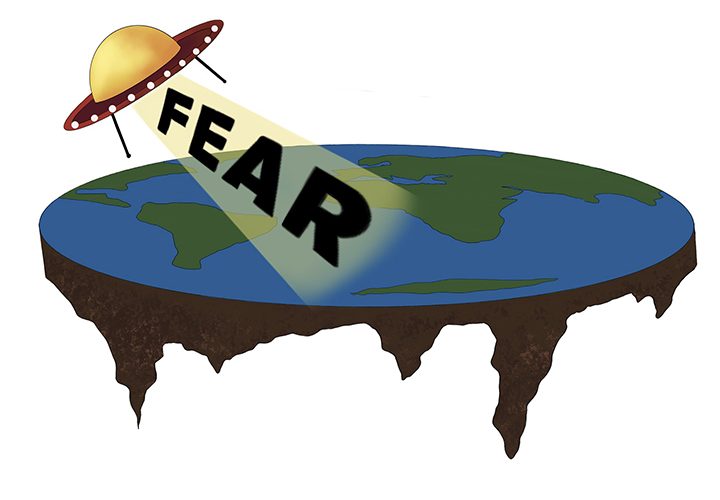 Did Jeffrey Epstein commit suicide, or was he assassinated? Was the moon landing really faked on a Hollywood set? Is the Earth round or is the government lying to us and doctoring pictures of our planet from a nonexistent outer space?

These are just a few conspiracy theories that now permeate mainstream media. As these theories gain traction, most of us look on in amusement. Memes are made, Twitter begins to mock them and maybe some of us believe that there may be some truth in them.

Despite the world’s lighthearted attitude toward these backwards theories, the hidden universe of conspiracy theorists is growing, and with it, a hardened mistrust for the world, including our government, the scientific community and the very people around them.

The hidden consequences of this world of wariness affect everyone, including Pepperdine, and the world has a responsibility to fight it. If conspiracy theories are left unchecked, the consequences could span from misdirected hatred to dangerous health consequences.

TIME recently published an article on the sheer prominence of conspiracy theories. In it, they estimate that half of the U.S. population believe in them. That staggering number should be alarming to read. Without its pretty name, conspiracy theories are in its simplest terms a wildfire-like spread of misinformation and they often have dangerous consequences to everyone, both on our small campus scale and on a global scale.

A popular conspiracy theory about vaccines is just one example of the consequences that may arise from the growing trend of such information: Vaccines cause autism.

In California alone, CNN reported that in the 2013 school year, more than 17,000 students were exempted from mandatory vaccinations for psychological reasons. In the same report, a survey found that 57% of parents who refuse to vaccinate their children say they have concerns about autism.

This theory was initially sparked by a sole 1997 medical study that has since been discredited and its author lost his medical license. Despite this and overwhelming subsequent studies to further prove there is no correlation between vaccines and autism, many still refuse to vaccinate their children and point to the 22-year-old study as their reasoning.

Without the community of conspiracy theorists, the unfounded belief that vaccines cause autism would no longer be as prominent as it currently is. Yet a distinguishable trait in the world of conspiracy is a firm refusal to believe in science; in fact, many theorists refer to science as “scientism,” arguing that science is a blindly followed religion rather than fact, and what it tells us is often simply the government pulling behind-the-scenes strings for its own gain.

Conspiracy theorists are distrustful by nature; in a 2019 study, ResearchGate reported that many self-proclaimed conspiracy theorists do not trust mainstream and standard sources of information, and instead rely on their own insight. This is most noticeable in flat earthers who often claim that if the earth was round, it wouldn’t look flat to the naked eye. Not only do they believe the earth is flat, many now believe that all of NASA’s work are lies; many flat earthers analyze footage of space exploration, looking for supposed flaws in what they claim is simply Hollywood special effects magic.

Such a strong mistrust in government is generally not surprising, given America’s divisive political climate. A mistrust in science, however, is dangerous. The world continues to give these communities our attention through online mockery, and in doing so, we give them a platform to continue to spread vicious misinformation.

Instead of retweeting the next flat earth meme, reflect on its unseen consequences. The best way to prevent the spread of misinformation is to fight it rather than mock it. Keep yourself informed, and spread correct and unbiased information from reputable sources.

NS- No Thank You 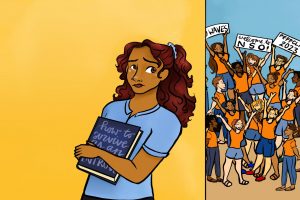 NS- No Thank You