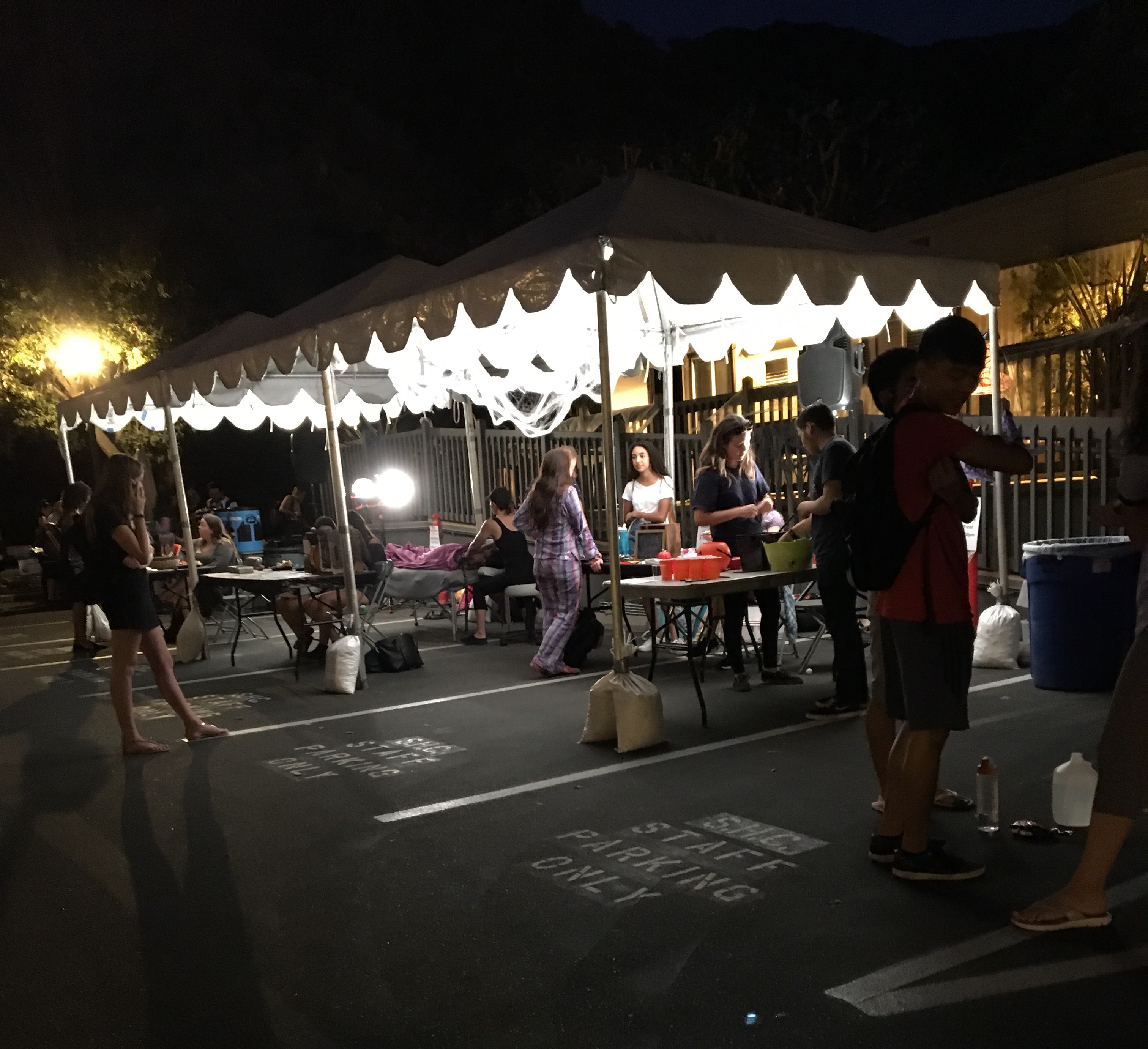 Something sinister is approaching this Halloween, and it’s flu season.

The Health Center’s annual event, Stick or Treat, took place on Oct. 26 from 5 to 7:30 p.m. The event was one of the first of several flu shot clinics held by the Health Center.

“It’s a fun way to get students aware of flu season and other health concerns that may occur at this time,” Rebecca Roldan, director of the Health Center said.

Stick or Treat attracted around 200 students from all around campus as they lined up around the Health Center to get their flu shots from the many nurses on duty.

“I usually don’t enjoy getting shots, but the haunted house, free food and the fun games really helped me take my mind off the idea of the flu shot,” Melinda Raulino, a freshman at Pepperdine University, said.

There were also educational booths that provided students with information on cold and flu prevention. The booths gave students the opportunity to play fun carnival-style games, such as throwing ping pong balls into plastic cups filled with water.

“I would say that the games at the educational booth were the best part,” Raulino said. “I got to have fun while also learning of the potential dangers of the flu.”

According to Roldan, exactly 200 students attended Stick or Treat in 2016 — a large number of flu shots to administer in just two hours. The event has been a part of the Health Center and Pepperdine University for some time. This was Roldan’s tenth Stick or Treat, but the event had already been running for quite some time before Roldan’s arrival.

“I think Stick or Treat is a really fun way to get students more educated and aware, we get a lot of participation from students each year, and it’s nice to see them be more cautious of their health.” Roldan said.