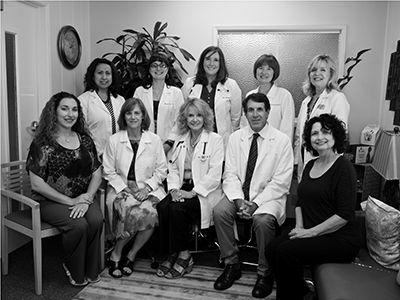 Dubbed “the biggest Health Center event for Seaver undergraduates,” by Clinic Nurse Supervisor Arleen Fernandez, this year’s clinic nearly doubled last year’s attendance. The event, which lasted from 4:30-6:30 p.m., debuted a major innovation, which was a first aid workshop in which students were informed on how to take care of wounds and lacerations as well as receiving basic first aid tips.

After students entered the Health Center, they were given a nine-item health questionnaire. Then, they were guided through the haunted house area in the hallway, counting with the company of special music effects and costumed Health Center staff.

Nurses, along with medical and physician assistants, then proceeded to check students for possible egg allergies before injecting them. According to the Centers for Disease Control, “most, but not all types of flu vaccine contain a small amount of egg,” which is why students who have ever had a severe allergic reaction to them are advised to not get vaccinated.

When they were finished, students received a goodie bag with candy, first aid kits and hand sanitizer and had the option of participating in the first aid workshop.

Stick or Treat attracted both students who regularly receive flu shots and those who don’t. Sophomore Emily Pierce is a newcomer to flu immunizations.

“My mom got really sick when she was pregnant with my sister when she got one, so she never had us get one when we were growing up. But I got really sick last semester so I decided that I was going to make my own decision in life and get a flu shot,” Pierce said.

The idea for Stick or Treat came from former Pepperdine nurse Barbara Stern, who is now retired but occasionally assists the Health Center in special events such as this one. Along with Nancy Safinick, the current Health Center Director, Stern thought of providing students a free flu shot clinic, an idea so successful that it has become an annual event. “It seems to be one of those kind of events that can be repeated year after year,” Fernandez said.

Students do not want to get sick. Freshman Yash Pandev said, “I remember getting the flu when I was a little kid and being out of school, and I didn’t want that to happen again, especially with midterms and finals and all that.”

“Being up all night over the toilet, throwing up and not really remembering it afterwards — it’s like having a nauseous feeling in your stomach,” Nemitz said. “It’s important to get vaccinated.”

Fernandez issued a recommendation.“The story I hear so many times is: ‘I never got the flu shot until last year I got the flu,’” Fernandez said. “Get it.”

The Centers for Disease Control and Prevention agrees with her, as it states that “everyone who is at least 6 months of age should get a flu vaccine this season.”

Fernandez and the Student Health Center received much help from students. The three main groups that aided with the organization and execution of Stick or Treat were student workers, student health advocates and NuPEPs.

Student health advocates promote awareness of the Student Health Center and its capabilities while NuPEPs, which stands for Nutrition Peer Education Program, are tasked with promoting a healthy body image.

The responsibilities of student workers, which sometimes overlap with advocates and NuPEPs, are to provide general aid.

Fernandez emphasized the importance of having the help of student workers, health advocates and NuPEPs “I couldn’t do without them,” she said.

Vaccines are only available for students, with funding coming from the Student Health Center, although in the past five years there has been aid received from Student Affairs. This year’s figures aren’t available yet, as calculations in regards to exactly how many vaccinations were issued haven’t been finalized.

“They really realize the value of it; it protects our students and in turn protects the whole campus community,”  Fernandez said. Students such as Pierce also hold efforts such as Stick or Treat in high regard.

“It definitely motivates more people to get flu shots, at Pepperdine especially. Everyone is touchy and huggy, and I think we transfer germs a lot more that way,” she said.

Stick or Treat counted with approximately 600 doses of the quadrivalent strain flu vaccine, which contains the Brisbane strain, a flu virus originated in Australia. The quadrivalent flu vaccine protects against two influenza A viruses and two influenza B viruses, while the more used trivalent vaccine protects against two A viruses and just one B virus.

Not having to pay for the immunization is an important aspect of the success that Stick or Treat has had, a notion Nemitz supports.

“It’s a great idea. I think it’s important for people to be vaccinated, and I think requiring that people pay for it is kind of a deterrent,” she said.

The Student Health Center also provides free flu vaccination clinics at the School of Law and the Graziado School of Business and Management. Funding for faculty and staff vaccinations is covered by the Human Resources department. 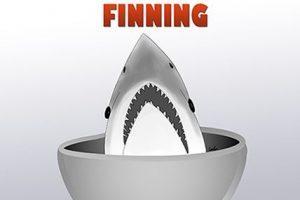 Art by Sacha Irick Have you ever watched “Jaws”? The 1975 Steven Spielberg classic still brings chills down my spine...
Copyright 2013 Jupiter Premium Magazine Theme
Back to top