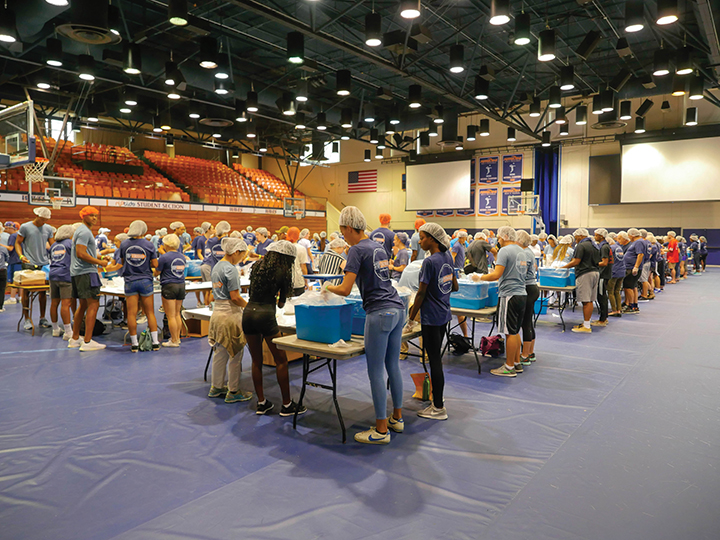 “Sarah Jackson was the first director and there were a few students who helped create it and they wanted to do a big event,” said Peter Thompson, current director of the Pepperdine Volunteer Center. “They actually went dorm by dorm and woke people up and brought them out.” 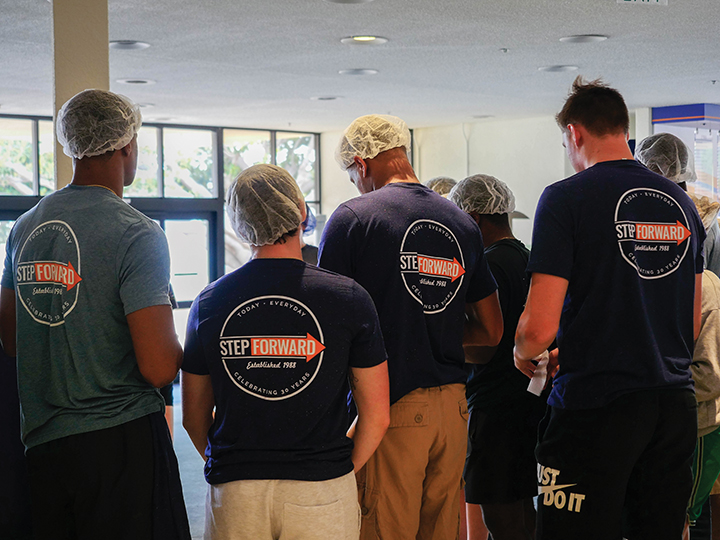 It is the first year that Pepperdine has partnered with this organization and the service project offered more opportunities for students to step forward. Elisabeth Harding, the student Special Events Director in charge of Step Forward Day, helped organize the new initiative.

“It’s very new and something we’ve never done before,” Harding said. “We’re really excited about trying it out and the potential to partner with them for the future.”

On the day of the event, student groups like Black Student Association, Men’s and Women’s Basketball, Sigma Phi Epsilon, individual volunteers and more gathered in the Fieldhouse to work with FMSC. The leader split student groups into small teams with specific duties that contributed to the overall process. 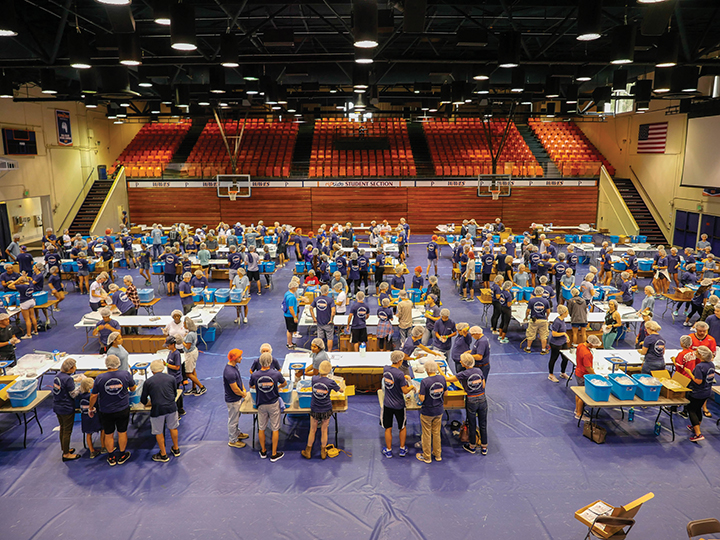 Student tasks ranged from running and labelling food bags to scooping food and sealing packets. The event accommodated all interested volunteers and no one was left without a job to do. After the training and explanation of roles, the service project commenced. Students ran back and forth as teams started packaging food, stacking boxes and loading pallets. 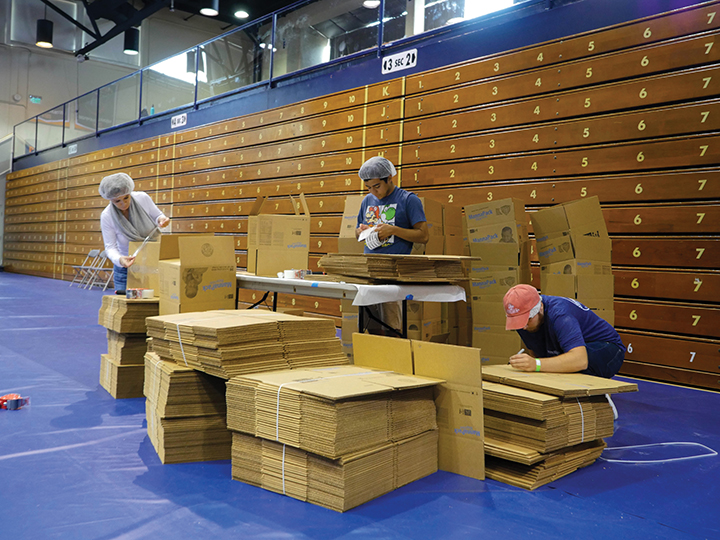 After the two and a half hours of volunteering, many students said they were satisfied with the work they put in. 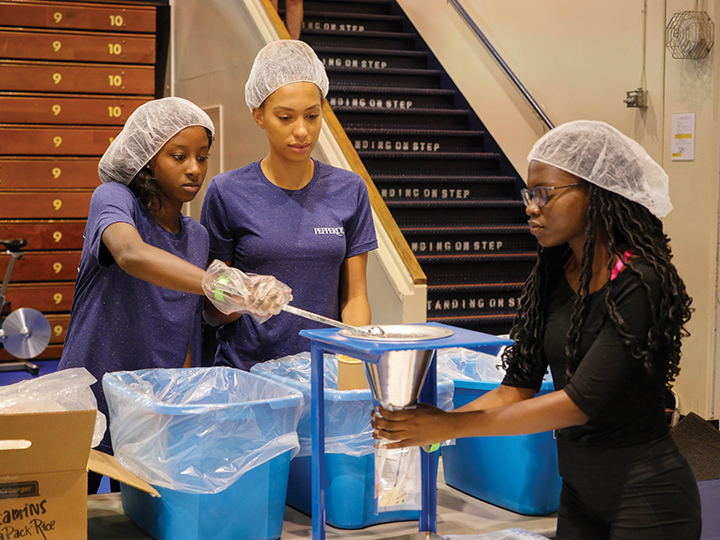 “It was a fun atmosphere with everyone working together,” senior Karsten Kimbel said. “It was cool to see the direct result of what we’re doing and seeing the boxes we pack taped up and shipped out instead of going to some warehouse.” 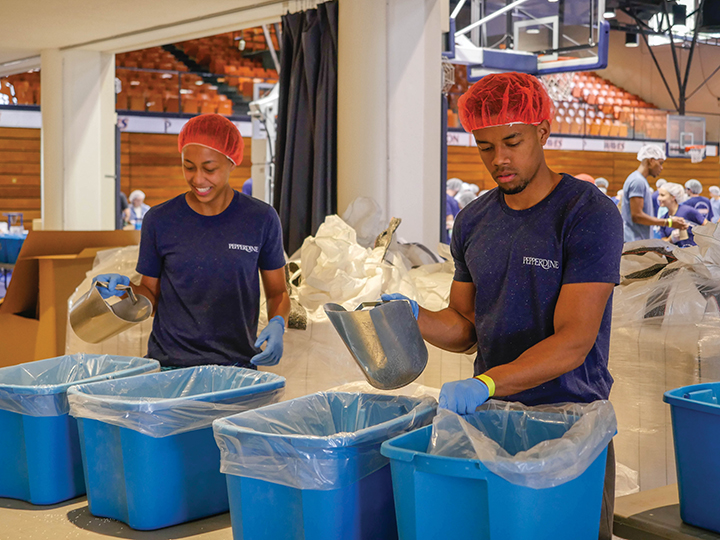 Freshman Paulina Gandara’s first Step Forward Day introduced her to FMSC. As a runner she ran back and forth between tables helping restock and supply packaging efforts.

“I never knew Feed My Starving Children existed, but the effect they’re going to have on a lot of people and a lot of lives is exciting,” Gandara said. “I met a lot of new people and the overall experience was fun.” 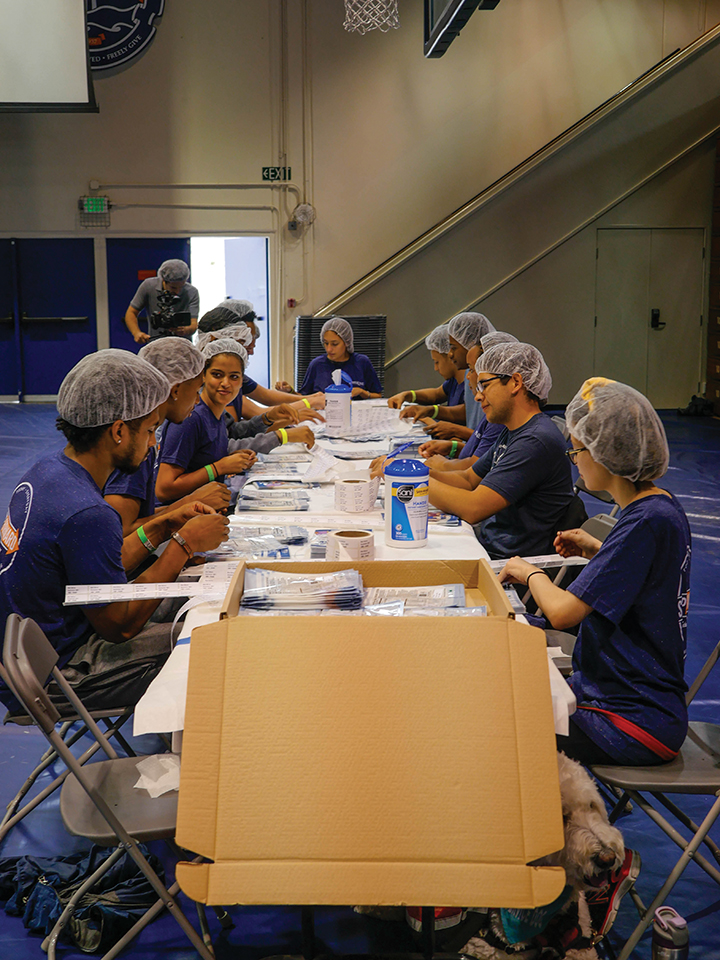 As 30 years of steps forward signals a lasting tradition, the PVC made sure the focus was on service and not celebration, Harding said.

“It means we’ve taken 30 steps,” Harding said. “For 30 years we’ve been going out to serve the community.”

The office emphasized that Step Forward Day serves as the launching point for continuous service instead of just one day.

“That’s the whole point of the day, is that it’s not about a day,” Thompson said. “We want you to serve and keep serving.”