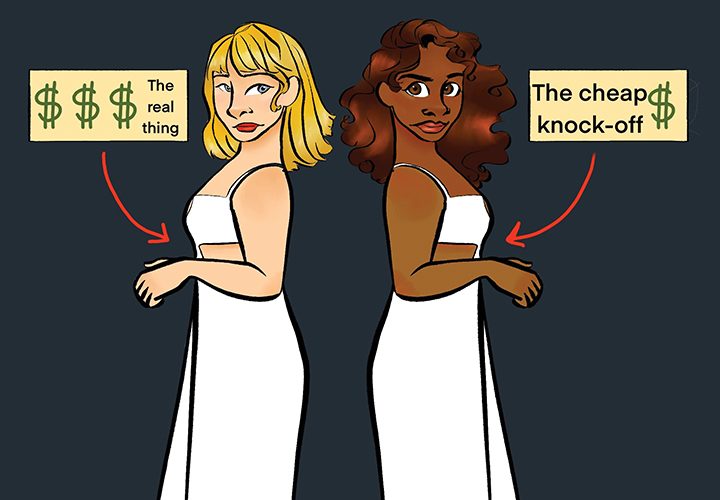 The fashion industry used to be a place where designers would creatively think of designs with the hopes of coming up with a collection that has an unusual quality to it. However, now it seems that instead of companies taking time to formulate distinctive clothing concepts, they prefer to just purloin others. It is time for consumers to become more informed and actively take a stand against this type of behavior.

One of Pepperdine’s core values is integrity. Therefore its students need to appreciate the integrity of the original designers by making a conscious effort to purchase from honest brands rather than deceitful copyists.

Pepperdine University is an institution with a commonly known orange and blue logo. This logo consists of the word Pepperdine, with an orange line underlining it. The college also has emblems and letterforms which can be found on its website.

Something most students would remember is the purchase of their first hoodie from this school. In fact, during NSO week, every incoming student gets an abundance of T-shirts with sayings on them such as “Pepperdine Waves” and more.

This moment is usually so special due to the hard work that each student put in to attend it. But what if a popular brand chose to take Pepperdine’s brand, without its permission, and used it to make a profit?

Fortunately, Pepperdine has a trademark notice, which states that “all marks and associated logos are trademarks and service marks of Pepperdine. No trademark or service mark appearing on the site may be used without the prior written consent of the mark’s owner.”

In this case, luckily this association is legally protected from having elements of its brand stolen by other companies. But, unfortunately, some corporations are forced to endure this.

In 2015, after Balmain had its Spring/Summer fashion show, the popular internet garment shop, Nasty Gal, began selling a white jumpsuit that resembled Balmain’s jumpsuit (this is a red version of the jumpsuit) which Taylor Swift wore to the Billboard Music Awards. And to negatively intensify things even more, Nasty Gal claimed that Taylor Swift’s outfit was their creation.

“How is this fair?” is a common response to this. In fact, how is this ethical or legal?

According to The Fashion Law, “Trademark law…protects a designer’s name or logo.” This fact is evident in Pepperdine’s case, for example, as no other companies are permitted to sell merchandise with Pepperdine’s mark. However, “this protection is not without limitation since trademark law only protects the names/logos, etc., and not the underlying design.”

This is evident in items such as the Hermes Birkin bag, which is well known by even just its nickname: Birkin.

The most likely solution for this matter would be patent protection, which provides a brand with exclusive rights for its design. Sadly, gaining patent protection is an expensive, lengthy process that most fashion companies prefer not to undergo. This would be even harder for upcoming designers, who have tight budgets.

In the coming years, the percentage of designs that are exact imitations of others must decrease. Students can use social media to support these companies. They should not be afraid to voice their opinions by writing reviews or even creating posts expressing their disgust at the issue at hand. The individual posts will develop into a collective voice that would force these online stores to pay respect to designers, who work diligently to produce avant-garde collections. 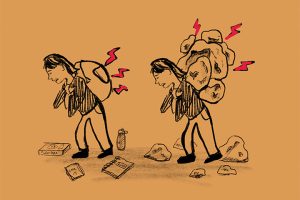