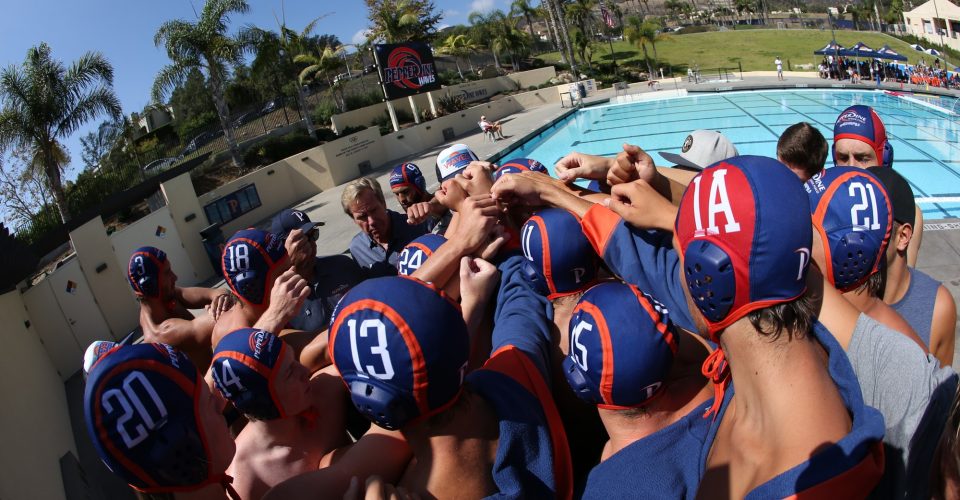 Pepperdine Men’s Water Polo, the 2016 Golden Coast Conference Champions, have returned to the pool in hopes of defending their title.

With several great wins during the pre-season, the Waves are striving to use that momentum to propel them toward not only a successful run at another conference title, but also a spot in the NCAA Tournament.

“Summer training is key,” senior attacker Zach Trotter said. “Training together, playing together and just being together over the summer has really allowed us to come together as a team. We have some promising new additions this year as well, which is exciting.”

The Waves practice and compete in a summer league, which is vital to the foundation of a strong regular season, Trotter said.

Assimilating the new players with the veterans to develop the “necessary chemistry within the team is one of the primary goals of the work put in over the summer,” Trotter said.

Head Coach Terry Schroeder, last year’s GCC Coach of the Year, weighed in on the presence of the upperclassmen who continue to step up and prove themselves.

“They’re going to be great leaders and will fill the holes we had last year,” Schroeder said of senior attackers Mark Urban and Kenneth Keller, the two new captains for the Waves. “They stepped into their roles strongly this summer and embraced it.”

Junior center Chris Dilworth, a powerful presence for the Waves, is back from a redshirt season.

“That center position is vital to our success,” Schroeder said. Dilworth’s critical return will hopefully contribute to a successful controlled offense this season.

Dilworth, along with senior goalie Zach Rhodes and junior attacker Marko Asic had the opportunity to train with the United States Senior National Team over the summer.

“I think that experience for those guys is really going to help them coming back into the college level,” Schroeder said.

Rhodes had a breakout 2016 season putting up a career-high 279 saves earning him an All-American honorable mention. He continued to find success competing with the National Team at the FINA Men’s Intercontinental Tournament in Gold Coast, Australia.

Asic has also been making great strides in the world of Water Polo outside of Pepperdine as he is currently competing for the United States at the World University Games in Taipei.

Despite having great talent and leaders, Schroeder said Pepperdine lacks the depth that teams like USC and UCLA have.

“We have to keep everybody healthy,” Schroeder said in regards to combatting this problem. “We have to make sure to build 6 or 7 more guys that can play at that level,”

Schroeder also noted the challenges of defending the GCC title.

“Two things can happen when you win a championship. One is, you continue to build on that and you grow and learn from it, the other is, you get a little soft,” Schroeder said. “The guys have to realize, now that we’ve won a championship, we have a target on our backs. Everyone is after us. We have to stay hungry and we have to stay motivated and we have to realize that every game we play, people are aiming for us.”

Not only that, but the Waves are looking to secure a spot in the NCAA tournament this year according to both Trotter and Schroeder.

“We’re hoping to surprise some people,” Schroeder said. “But what we did last year doesn’t matter too much right now. We need to start all over.”

Next week, Pepperdine will head to the East Coast for their first regular season games. “It’s a great experience to be on the road. You either pull together or you pull apart. You learn a lot about each other on the road sometimes and I like the idea of going on the road early,” Schroeder said.

The Waves will kick off the four game series by facing MIT on Saturday, Sep. 2nd at 7:30 a.m, followed by Harvard at 1:30 p.m. The Waves will then finish the trip with a doubleheader, first against Bucknell on Sunday, Sep. 3rd at 6:15 a.m. before their final game against Brown at 8:45 a.m.

Men's Basketball Ready to Make Waves After the Off(SEA)son 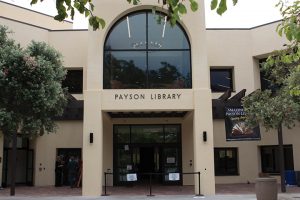 Renovations to the Payson Library come to an end as the university opens the space after a 16-month long construction project...
Copyright 2013 Jupiter Premium Magazine Theme
Back to top