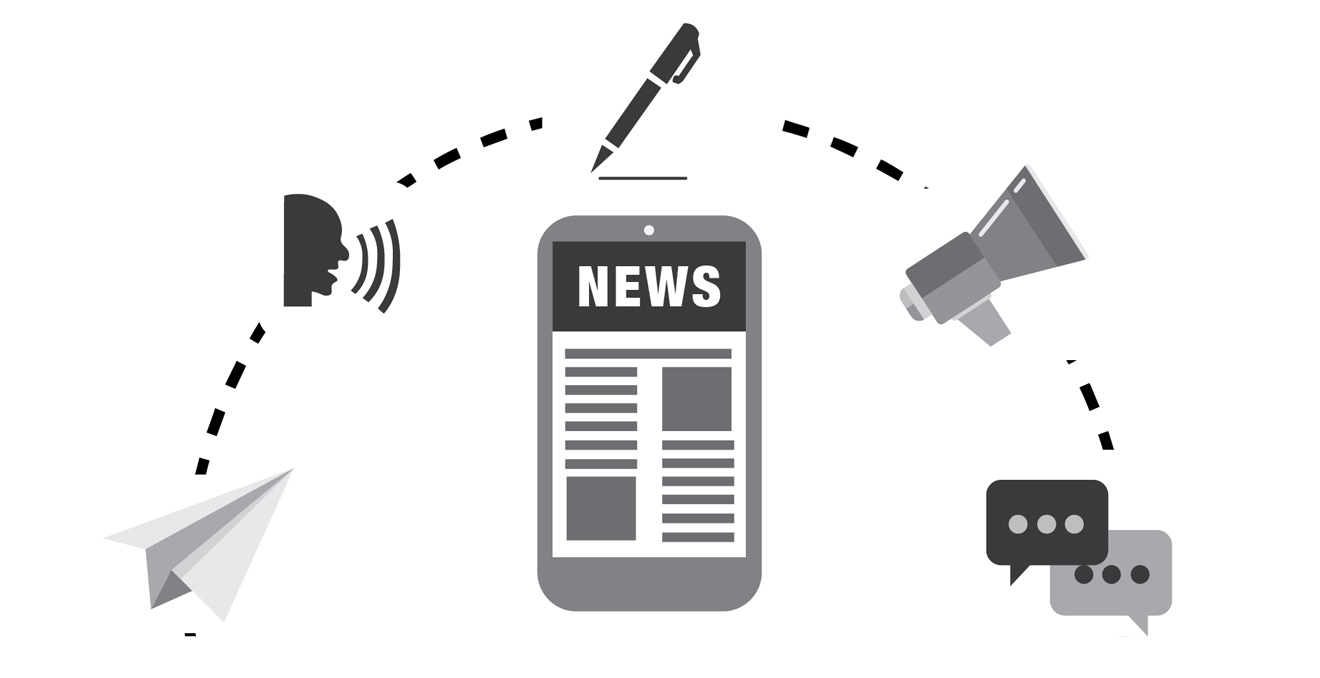 Fake news. It is the two words that all journalists, including our own members of Pepperdine Graphic Media, have heard all year long. But the characteristics behind the fake news movement capture the essence of everything journalism is not.

One year after the election of President Donald Trump, the journalism industry still faces a lot of scrutiny. The term “fake news” erupted from discussions at his first press conference as president-elect and quickly made its way into the mainstream.

Since then, the phrase has become so popular it was declared the official 2016 Word of the Year by Collins Dictionary. Collins Dictionary defines fake news as “false, often sensational, information disseminated under the guise of news.”

The primary function of journalism is to inform the public by objectively reporting on local, national and global news and events. News organizations, including PGM, work hard to ensure they are anything but fake. There are many ethics and methods reputable news sources apply to the journalistic process that often go unseen by the general public.

Journalists are here to inform. Journalism began out of the public’s need to know and understand the world around them. Reporters and editors are responsible for providing information to the public to make them well-informed citizens. After reading a news article, what a reader does with that information is up to them.

In the United States, news outlets operate independently of the government, which is an important factor in how news organizations function. The public depends on journalists to provide information about the world without the interference of the government and political officials.

Every news article has been put through an extensive process of vetting and editing during the news cycle. At Pepperdine Graphic Media, articles go through at least six editors, both students and advisers, to make sure every article is as accurate and clear as possible.

Once a reporter has a story idea or topic, they begin gathering information by collecting facts and finding sources to interview. After submitting a draft of their story, editors are in charge of making sure the piece of writing is accurate, clear and correct. Editors are double checking the facts and any math, clearing for any libel, streamlining the text to make it flow, and ensuring the grammar, spelling and punctuation are correct. It is important that all information is accurate as it reflects our accountability as a news organization.

However, there are a few instances where news publications are required to issue a correction. Most corrections are the result of reporting errors or typographical mistakes, although sometimes the newspaper was provided incorrect information. Most newspapers have policies in place for readers to report any factual errors where they can contact an editor by phone or online. In addition to corrections, there are clarifications, which clears up a statement that, while factually correct, may result in a misunderstanding or an unfair assumption.

The journalism industry is built on the pillars of truth and reliability, which is why the profession has maintained a strict code of ethics. Journalistic ethics set a high standard for both objectivity and fact-checking. News outlets want to make sure their readers can trust the information provided to them. Writers are tasked with providing readers with accurate information on an event as it happened which may include the different and sometimes conflicting opinions on the subject.

There are industry organizations, such as the Society of Professional Journalists who have created a set of ethical standards for members to understand and follow. These standards ensure that members are responsible for the accuracy of their work and that sources are clearly identified to support the credibility of the writing.

Before journalism was confined to the physical pages of local papers, but now there are a multitude of different platforms to spread news. Many of the new platforms were created with the establishment of the Internet such as websites, blogs, social media and other content-driven platforms to provide access to news.

On social media, people are able to exchange information on a much greater scale than before. Today, people receive immediate breaking news updates right to their handheld mobile devices. These advancements continue to influence consumers’ media consumption habits as news is consumed 24 hours per day, seven days a week.

The modern technologies of journalism have allowed for the dissemination of fake news. The platforms lowered the cost of publishing and distributing information, both accurate and inaccurate, which lead to creating more expendable reputations for news outlets. It has been more difficult to regulate all of the information posted online with more operators involved.

It’s important to recognize the process of journalism, so that news consumers can recognize when something really is fake news and when someone is simply using the term to disparage an organization they don’t like. Students can participate in the conversation and stand against fake news by joining PGM, reading local news and educating themselves on media literacy.