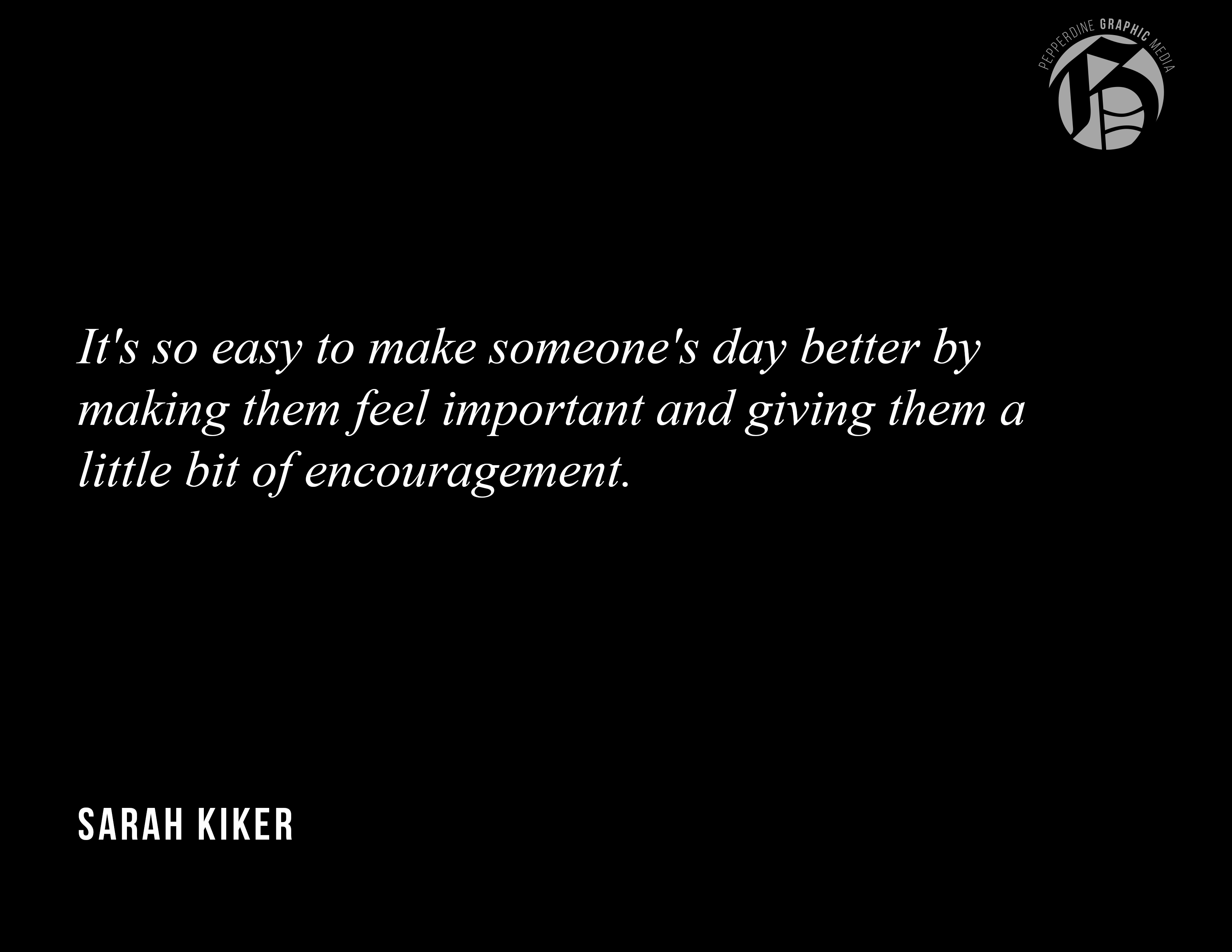 It’s amazing how uplifting a simple interaction can be, and one I had the other day reminded me just how important encouraging comments can be.

I was walking into Malibu’s Ralphs the other day and before I crossed the street, a Starline tour stopped in front of me, and all of the tourists turned and looked at me before they drove away. I’m not sure what part of my hoodie and leggings ensemble made the impression that I might be someone famous, but they all quickly came to the agreement that I wasn’t and moved on.

A random Malibu citizen watched this brief exchange from the other side of the street and as we passed each other, he laughed and said, “You should have acted like you were somebody special.” It took him about five seconds to change his mind. He stopped, turned back to me and said, “No, actually we’re all special” and then he gave me a high five.

“You’re special” is a compliment usually restricted to children. Adults are not supposed to need to hear it, but it was still an incredibly uplifting experience. Reminders like this are valuable. “Compliments are little gifts of love. They are not asked for or demanded. They tell a person they are worthy of notice,” according to Hara Estroff Marano’s article “The Art of the Compliment” published March 1, 2004 by Psychology Today.

But it wasn’t really the wisdom of his words that got me. After all, “everyone is special” isn’t the most groundbreaking saying; it’s the fact that he felt the need to say it.

Encouraging people is a fundamental action everyone should all be doing. “Positive emotions emerged as the mechanism through which people build the resources that make their lives more fulfilling,” according to Barbara L. Fredrickson’s study published Nov. 2008 by the Journal of Personality and Social Psychology.