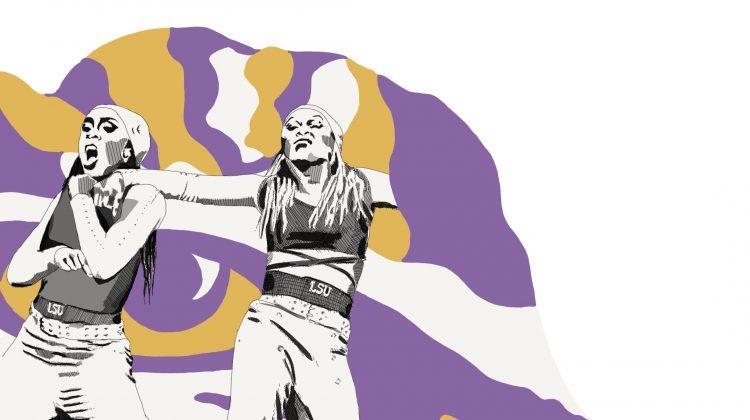 Some people fall in love at first sight.

In this case, the first stage was confusion. As I sat on my phone, scrolling through TikTok in a mindless hum before class, I noticed a trend. Different angles, different accounts, different captions but all a similar video: a group of women dancing to Ciara’s “Like a Boy.”

Always one to consider myself hip with the kids, I had a strong desire to know what was happening. So, like any self-respecting journalist, I investigated. I clicked the sound.

Soon the situation revealed itself to me. Louisiana State University’s dance team, the Tiger Girls, competed to “Like a Boy” at the 2022 Universal Dance Association College Nationals competition, to draw attention to LSU’s refusal to send the Tiger Girls to their national competition. In 2021 LSU denied the dance team from competing, citing COVID-19 concerns, however the Tiger Girls still performed at sporting events, and other sports could attend their respective championships.

To say I was entranced was an understatement.

Now, I’ll be the first to admit, I can’t dance. At all. My go-to move is nodding in place. Maybe if I’m feeling adventurous, I’ll tap my foot. The idea of me being able to discern a “good” dance from a “great” one is laughable.

But even I could see this routine was special.

My high school had a competitive dance team that would perform at pep rallies. I was used to routines accompanied by artificial lasers, and an autotuned voice yelling upbeat words as an array of songs played underneath. The Tiger Girls used only one song.

Beyond the skill the dancers displayed, and the joy of watching them win, what really spoke to me was the reason behind the dance. The team decided telling their story was more important than just going for the win. Their passion and belief that they deserved just as much as anyone else was inspiring.

Being passionate about something that people see as lesser is the worst. Watching the LSU Tiger Girls was validating. I was used to hearing the complaints of my friends in high school who did cheer and dance, how their schedules would be shifted around the football and basketball teams.

I watched as students in underfunded sports push forward because they love it, understanding they might not get the same quality of equipment or be able to practice on the nice field.

I’ve sat in empty stadiums and watched athletes compete for a silent crowd.

So on behalf of that frustration, on behalf of all the sports shunted to the side for money-grabbers and eye-catchers: Thank you.