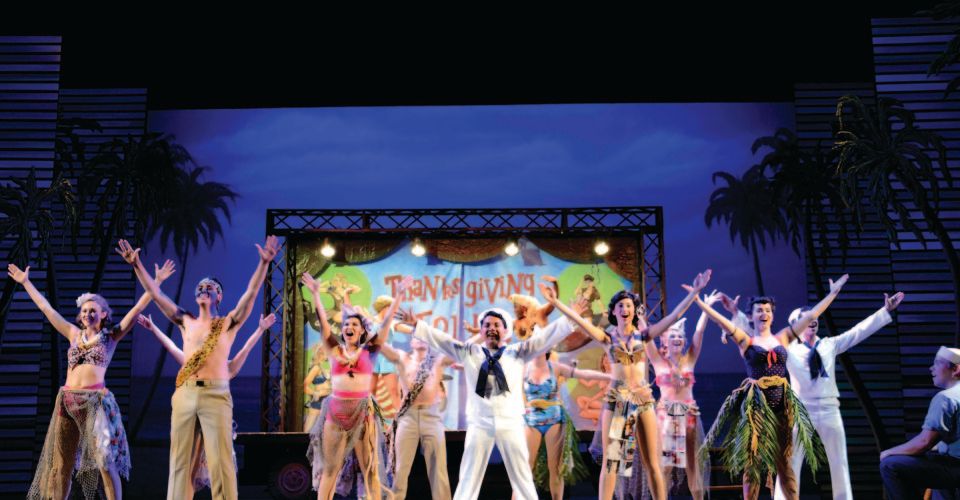 South Pacific is finally on campus. After having been denied three times in the past, the Pepperdine Theatre Department won the battle for performance rights in Oct. 2014.

“It’s not uncommon to be denied the performance rights to a play or musical when you’re located in a large performance market like Los Angeles, so our being turned down was more about the [Rodgers and Hammerstein Ltd.] company not wanting to glut the market with too many productions of South Pacific at the same time,” director of “South Pacific” Dr. Bradley Griffin wrote in an email.

The leads are played by Turner Staton, Kate Klimist, Evatt Salinger, Tasia Jungbauer and Jalon Matthews; they all bring strong personalities to their characters and do a fantastic job of portraying them. Their musical talents are not only impressive, but also humorous despite the musical’s grave concerns.

“Even though they may seem quite simple in performance, these roles are incredibly challenging,” Griffin wrote. “The singing and acting demanded of all of the principal characters is very specific, and every performer has had to work on stretching her/his vocal range in order to meet the demands of the score. 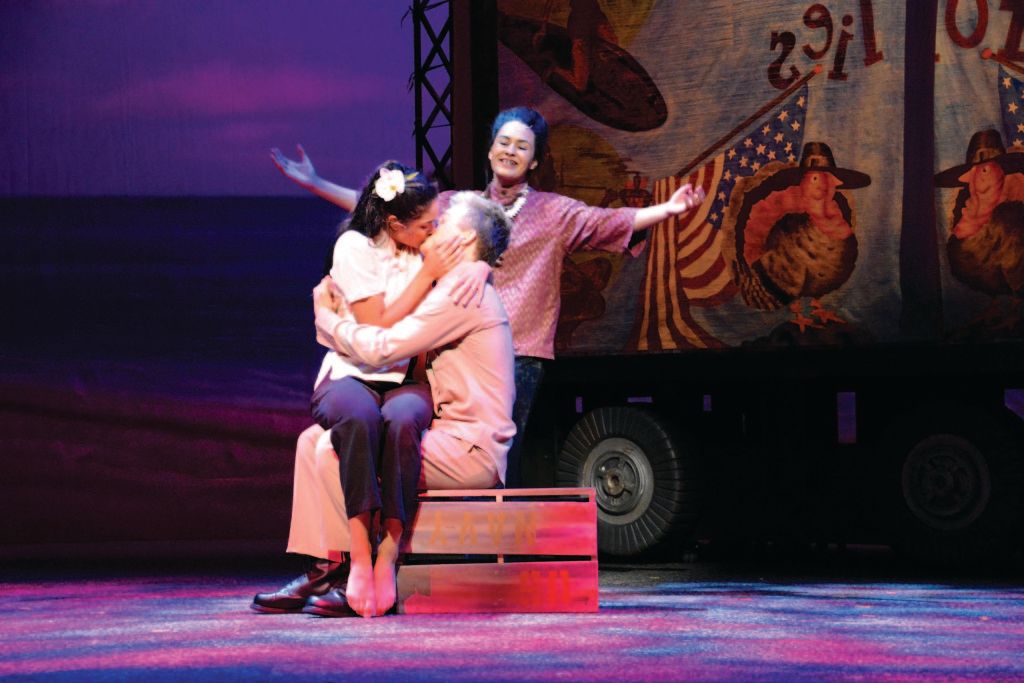 “The ensemble members play a variety of roles in the production, many of which are unnamed, but they are really the beating heart of “South Pacific” because their activity helps bring the world of the play to life. The actors have done a good job capturing the stress and frustration of all the waiting that the characters have to do while the war in the South Pacific heats up, but they also have to express the fear and the stakes of what will happen to them when/if they are deployed into battle.”

Inspired by James A. Michener’s book, “Tales of the South Pacific,” the story follows two love stories: one between Ensign Nellie Forbush and Emile de Becque and the other between Lt. Joseph Cable and Liat. However, as many romances have proven, love is never simple.

The musical is set during World War II on an island in the South Pacific. Characters face emotional turmoil as they deal with issues of racism and social norms. As their stories intertwine, everyone’s situation continues to complicate.

The result is a touching reminder of the heartbreak that may come when one forgets what matters most. “South Pacific” is a musical that explores some of the deep-rooted tribulations that have caused many to make unfair and often incomprehensible decisions. It delves into the suffering that hatred and ignorance have caused and continue to cause. Happy endings do not always ensue with such delicate matters, and this musical highlights that fact.

“‘South Pacific’ is a love story set against the high-stakes backdrop of America’s involvement in the South Pacific Theater of war during WWII,” Griffin wrote. “I hope that audiences will get caught up in the story while also acknowledging the life and death risks assumed by every woman and man who served in our armed forces during that war.”

For fans of musicals, producers Richard Rodgers and Oscar Hammerstein II are not only familiar but also welcomed names.

“I believe that students will be surprised by how many of the songs they recognize from the musical,” Griffin wrote. “These songs became part of 20th-century American culture, and they showed up everywhere from shampoo commercials to references in other musicals.”

The musical first appeared on Broadway in 1949, and has won 10 Tony Awards since. The musical was even produced on the Pepperdine’s Los Angeles campus in 1961.

“I loved seeing the pictures of the first Pepperdine production from 1961,” Griffin wrote. “Even though the budget and production values were more limited, they made some really inventive choices in terms of the scenery and costumes. The 1961 production is a reminder that what we do in the arts at Pepperdine connects to the larger story of the university as a whole.”

The opening night will take place on tonight, Nov. 12 at 7:30 p.m. in Smothers Theatre. The musical will run until its final show Saturday, Nov. 21. Tickets can be purchased online or at the Smothers Theatre box office; they are $10 for Pepperdine students, and $16 for faculty and staff.

Tickets can be purchased online at arts.pepperdine.edu/performances/theatre or at the Smothers Theatre box office. 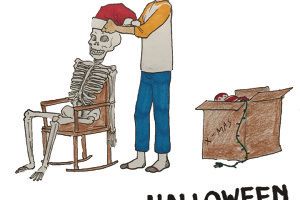