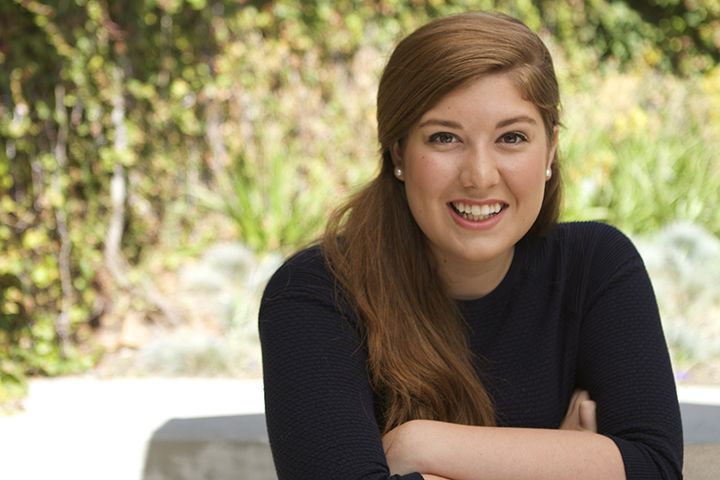 Since the introduction of YouTube in 2005, the ability to produce and share new performances of original pieces has now become widely available. However, whether these “covers” are better than the original is for the listener to decide. But as a personal favor to you the reader, I’ve saved you the time and effort of sifting through the rubble, and in doing so, I’ve found ten of my favorite covers and five I wish never existed.

Before you listen to Birdy’s cover of “Skinny Love” let me remind you she is 18, and when this was recorded, she was 14. I’ve never felt more inadequate in my life. Birdy sings with a voice far beyond her years. While original artist Bon Iver and fellow cover artist Ed Sheeran’s versions are stunning and hard to top, something about the sorrow in Birdy’s voice is absolutely heartbreaking.

Kelly Clarkson – “Yoü and I” originally by Lady Gaga

As a Little Monster it may be sacrilegious to say someone sang Mama Monster’s song better than she did. That being said, I definitely will be the first to tell you this may be the only cover of Gaga’s “Yoü and I” that rivals the original. Unlike other covers, Clarkson didn’t try to imitate, and with her vocal range and emotional delivery, this is a must-have on any YouTube playlist.

John Legend – “Rolling in the Deep” originally by Adele

I’ve been a fan of Legend since his gorgeous “All of Me” Billboard 100 no. 1 single. His cover of Adele’s “Rolling in the Deep” is a mesmerizing a cappella piece that is quite possibly speaking to the soul with which Adele sings.

Do I like Robin Thicke? Absolutely not. But he performed a cover of Icona Pop’s “I Love It” on BBC Radio 1, and it was changed into a masterfully soulful song. For anyone who has heard the Icona Pop version, they would never describe it as “soulful,” but it’s almost as if Thicke is singing a different tune. I’m still stunned it’s the same song.

Thicke — you’re all right this time, but I still don’t like you.

Again, in the BBC Radio 1 studio but by a band I absolutely love: Bastille. I haven’t taken their album “Bad Blood” out of my Jeep’s CD player since I saw them at Edgefest 24 — which in part may be due to the fact that it’s stuck in there, but I digress. While this cover isn’t at all the Miley version we all came to love (and then hate 500 plays later), it is fun. Where else could you find a cover that mashes up Eminem’s “Lose Yourself,” the Lion King theme and finally “Achey Breaky Heart?”

While no one can do ‘Yonce better than she can, a cover I could listen to a million times is Grouplove’s. The energy funneled into the rendition is explosive, just like all their original songs. I may be biased because lead singers Hannah Hooper and Christian Zucconi are my absolute favorites. But ultimately, it’s such a creative cover and really needs to be recorded into a studio version. Please and thank you.

If you haven’t heard of YouTube cover artists Boyce Avenue and Alex Goot, please do yourself a favor and check both artists out. It was difficult choosing only one cover from these artists, but overall their cover of Rihanna’s “Only Girl (in the World)” is my favorite. Unlike Rihanna’s, the tempo is slowed and more emotive. Be careful looking these artists’ videos up, especially if you have work, because you will end up watching their videos for the next six hours (not like I’m talking from experience).

I think many people forget that Elvis covered so many songs, but let’s be honest: Who could do these songs more justice than the King himself? Although “Blue Suede Shoes” originated with The Marcels, it will forever be linked with Elvis.

“I’m a Believer” is commonly attributed to The Monkees, though they were actually a cover artist for the original singer Neil Diamond. It may be because of the “Shrek” soundtrack that I’m so partial to the vamped-up rendition by Smash Mouth, but ultimately, Diamond is making royalties on all covers, so who is really winning in the end?

Whitney Houston – “I Will Always Love You” – originally by Dolly Parton

Originally a country chart topper by Parton, actor Kevin Costner employed composer David Foster to rearrange the song into the pop ballad for which Houston was so well-known. The late Houston took an already meaningful song and gave it so much more depth and intensity with her vocals.

Fun. featuring Hayley Williams – “Somebody That I Used To Know” – originally by Gotye ft. Kimbra

As a girl with an iPod full of Top 40 hits, I truly thought I had struck the Holy Trinity of Top 40 artists — a song sung by Fun. and Hayley Williams of Paramore but written by Gotye. Overall, I wasn’t impressed. The catchy song originally recorded by Gotye featuring Kimbra lost its quirky appeal with this cover. Sadly, one listen was one too many.

Glee – Any Beatles Cover – originally by The Beatles

Don’t get me wrong; I loved Glee up until Season 3. I watched it religiously. I even have a Pinterest board dedicated to my wedding with Darren Criss, but I draw the line at The Beatles. I firmly believe that if you want to cover the Beatles, you should ask yourself a question; Are you The Beatles? No? Do not cover them.

Hilary Duff – “My Generation” – originally by The Who

Unfortunately, this song was “my generation.” The most frightening part of this cover is that in my pre-teen Lizzie McGuire days, I didn’t realize it was a cover. I applaud Duff for attempting to tackle The Who but that doesn’t stop me from wanting to never experience this track again. Overall, this is another prime example of why you should tread carefully when covering beloved classic favorites.

Not only was this song by The Buggles the first music video aired on MTV, it’s one of the catchiest tunes ever. While you’re reading this, it’s still probably stuck in my head. So, understandably, The Presidents of the United States of America’s version does nothing for me. It’s not awful as covers go, but with the slight differences, I’m Team Buggles.