Social Action for the Marginalized 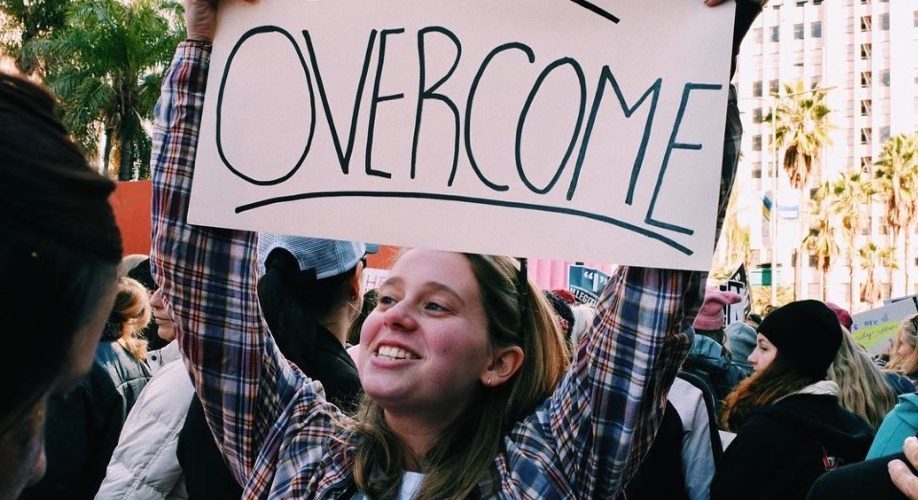 “You can’t be Christian and gay.”

This is a phrase sophomore Juan Carlos Hugues hears constantly from his family, from members in the Church of Christ congregation he grew up in and from fellow Christians he interacts with on campus.

“It makes me feel very sad because it’s like they’re separating me from the love of God,” Hugues said. “I’ve spent my whole life growing up learning how Christians should live a life of love and grace. There is no love in those words.”

Hugues, who is from Spartanburg, South Carolina, said facing hostility for being gay and coming from a Church of Christ background sparked his passion to improve relationships between church communities and LGBTQ+ individuals.

For Hugues, fighting for LGBTQ+ rights is fully connected to living out his Christian faith.

Many people of faith feel called to social justice work because religions emphasize living righteously and caring for others.

Banks said social justice is a concept that holds that all people should have equal access to economic and social opportunities and privileges.

“It means to do good for the most people in the best way possible,” Banks said. 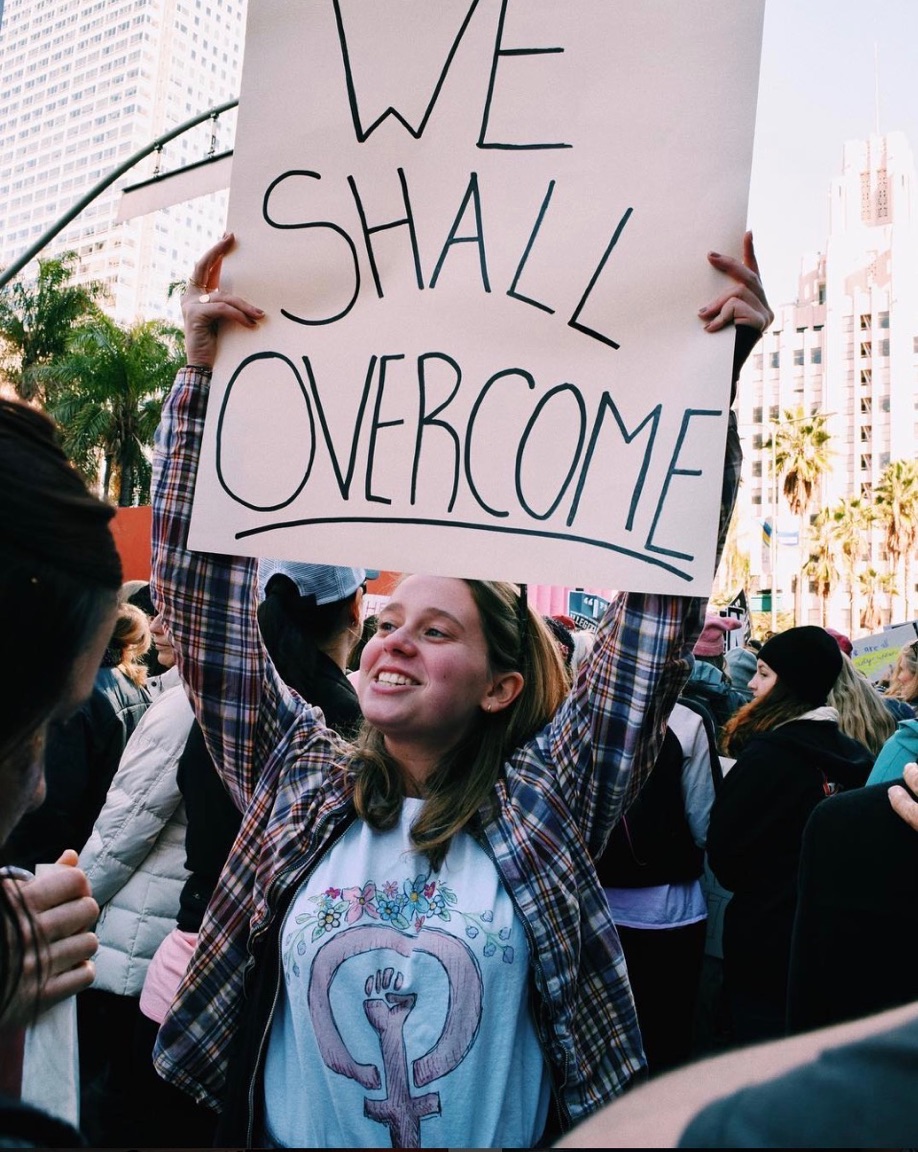 The SAAJ Colloquium is a four-semester program at Pepperdine that focuses on issues of social justice such as human rights, wealth and poverty, race relations, domestic violence and gender inequality.

Through guest speakers, field trips and community service, Banks said the colloquium exposes students to a wide array of social issues so they can consider how to alleviate different types of suffering in the world.

“It’s about how you can make a commitment in some way, in some part of your life, for some period in your life, to look out for the poor, for the hungry, for the disadvantaged, for the suffering,” Banks said.

Although the SAAJ classes are not taught from a religious lens, Banks believes that giving back to others ties faith and social justice together.

Junior Annika Lile, who is a SAAJ student and teaching assistant, said the colloquium has been her most eye- opening experience at Pepperdine.

“I’ve learned about so many injustices in our world that I had no idea existed,” Lile said. “The program is not just like, ‘Oh, let me just sit and listen to this awful story and then like leave.’ It pushes us to think, ‘How can this moment change us?’”

SAAJ has inspired Lile to pursue nonprofit work after college. Lile said she sees pursuing a life of social action as the ultimate way of embodying her Christian faith.

“I find inspiration in Jesus going against the grain and serving as an activist for the marginalized and the overlooked,” Lile said. “I’ve just felt so called to embody that aspect of Jesus because social action, in my opinion, is a product of our faith. I think if you truly love the Lord and you want to walk in His footsteps, you’ll want to help other people, you’ll want to love other people.”

Jesus’ call for Christians to love thy neighbors as thyself pushes Lile’s passion to reverse the injustices seen in the foster care system and in private, for-profit prisons.

“I’m receiving this love from Jesus and I want to pour it out to other people too,” Lile said. “I think the more we focus on ourselves, the more we forget about how much loving others is so satisfying to your soul.”

Junior Payton Silket said his passion for social justice work inspired him to take a seven-day trip retracing the Civil Rights Movement in the South.

Silket, who was a junior in high school at the time, visited cities such as Little Rock, Arkansas; Memphis, Tennessee; and Montgomery, Alabama to see where the troubles and triumphs of desegregation occurred.

For Silket, meeting activists from the Civil Rights era and hearing firsthand accounts of their fight to break the country’s color barrier ignited his calling to improve race relations.

Silket said he felt most resolved after meeting Elizabeth Eckford, one of the members of the Little Rock Nine — a group of African American students in Arkansas who enrolled in an all-white high school to desegregate its schools following the landmark Brown v. Board of Education Supreme Court ruling.

“[Eckford] had a mob of about 300 white people spitting at her and yelling that she should be strung up,” Silket said. “Meeting her sparked my realization that there is work that still needs to be done because she fought for our generation to continue to move race relations forward. I looked her in the eye and told her I was not going to be part of the generation that became complacent, apathetic and let the ball drop.”

As Silket devotes himself to continuing the work of Civil Rights leaders, he cites his faith as a guiding light in times of darkness.

“I’m inspired by the Gospels of Jesus,” Silket said. “The very foundations of Jesus [are] working together and loving each other, and that is my way of worship and giving honor to God as I pursue my passions.”

For Religion Professor Chris Doran, Christian tenets of treating others fairly are inseparable from caring for the Earth.

“A Christian point of view to seek justice means living fairly,” Doran said. “It means living in a way so that you’re treating your neighbor justly and in a loving sort of way. When we think about climate change disproportionately burdening the marginalized and the poor far more so than the wealthy, there is room for Christians to really help neighbors who are being harmed around our planet.”

Doran eats a plant-rich diet and uses an electric segway as acts of environmental sustainability. His book “Hope in the Age of Climate Change” highlights how some Christians in the United States are hesitant to change their behaviors to be more environmentally sustainable.

“Taking care of creation I think is something that Christians are commanded to do,” Doran said. “If we treat the Earth well, we tend to protect and treat the marginalized in our community well.”

Caring for the Marginalized

Adam Taylor, who teaches religion in politics at Pepperdine’s Washington D.C. program, said Jesus’ concern for the poor and marginalized in the Christian Gospels is a major point of inspiration for social justice work.

“There’s a lot of great examples of where Christians have used their faith in order to be real champions for social and political change: the abolition movement to end slavery in the British Empire, certainly Dr. Martin Luther King and other leaders of the black church during the civil rights struggle,” Taylor said. “More recently there are many Christians who are deeply engaged in efforts to try to reduce poverty in the United States and around the world.”

Taylor also serves as the executive director of Sojourners, an organization based in Washington D.C. that provides biblically-based social justice resources to inspire Christians to put their faith into action.

“We do that by sharing lots of content around the nexus between faith, social justice and politics through a magazine and our digital platform, but we also have a number of campaigns where we’re working directly with churches and with faith leaders in order to help them live out their faith more fully and engage in social justice work,” Taylor said.

Taylor said Sojourners runs campaigns to mobilize church leaders to protect the right to vote in marginalized and underserved communities, to focus on immigration reform that protects undocumented immigrants and increases efforts to protect the environment and end climate change.

Taylor acknowledged that even within the Christian community, figuring out how to respond to social issues is contentious.

“Sometimes I feel Christians are putting their partisan identities and their ideology above and beyond their theological identity and their Christian identity,” Taylor said. “There’s a lot more common ground that [Christians] could find with one another if we start with core values that start with a real shared commitment in Christ.”

“I want to fight for LGBTQ+ in all spheres of Christianity because it’s the right thing to do,” Hugues said. “It’s love. And it’s what Jesus would do.”

Hugues said he uses class presentations and projects as platforms to raise awareness about LGBTQ+ inequality.

“I just really take up those moments when professors give us free range to research and connect class with whatever topic we want,” Hugues said. “I think about how Jesus sparked conversations about overlooked groups and that is exactly what I try to do in those situations.”

Faith, Soul and All that Jazz 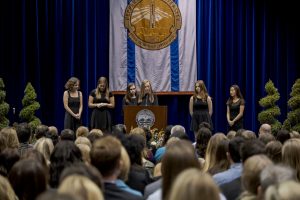 Photo courtesy of Ron HallIn the early hours of Nov. 7, freshman Ashley Mowreader and her suitemates were huddling in the lobby...
Copyright 2013 Jupiter Premium Magazine Theme
Back to top