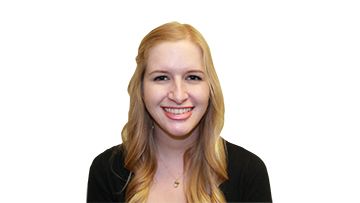 Consider the familiar scene: Dozens of people in reverent silence with heads bowed and eyes glued to the tiny object in their hands. It seems like everybody has a smartphone these days. Everyone, that is, except a few who have, like me, clung to our phones of average intelligence. With all the convenience afforded to those whose phones have additional IQ points, it may seem foolish to hold on to outdated technology, but I have my reasons.

Of course there’s a practical reason to hang on to old phones: those things are indestructible. While my phone may not be able to survive volcanic eruptions like the Nokia phones of old, it has survived severe abuse at my hand and not only lived to tell the tale but emerged largely unscathed. I drop my phone weekly, if not daily. Sometimes it flies from my hand and breaks in three neat pieces. While the smartphone users in the immediate vicinity, accustomed to the fragility of their iPhones, express concern, I put the battery back in and replace the back cover. Easily enough, the phone is once again in usable condition with barely a scratch. Why pay for an expensive phone when I’d need to cover it in bubble wrap to ensure it survives its first week with me?

Of course, I have more serious reasons for my smartphone-less existence. One of the primary reasons I still have not jumped on the bandwagon is that I’ve observed how smartphones get in the way of meaningful interaction. Several times this year, I’ve observed how a group of people who don’t know each other well missed out on the opportunity for serious bonding because every time an awkward silence occurred, they whipped out their smartphones and spent the self-conscious pauses mindlessly browsing Facebook.

Having such immediate entertainment in our hands is a crutch we use when faced with challenging social situations. In the world before smartphones, these moments of social discomfort would have been worked through, resulting in fumbling conversations, silly ice-breaker games or strengthened character for having endured such awkwardness. At least people would not have ignored each other so blatantly and with such finality. Many times with friends, too, I’ve been ignored because I’m not as “interesting” as their phones. Regardless of what you intend, when you pull out your smartphone in the presence of friends, you risk making them feel that you don’t value their company.

Often I resist buying the latest technology because I’ve found that it ultimately doesn’t satisfy. I feel better when I’m electronics-free. The less I use technology for entertainment, the more connected, creative and happy I feel. When I studied abroad, I didn’t bring my phone along, and I didn’t buy a phone to use while there. Of course there were some confusing incidents where a phone — smart or not — would have been useful, such as when members of the group were separated, and we had to trust that we’d see them at the train station at the end of the trip. For the most part, however, not having a phone meant that we learned to be more reliable — when we said we’d be somewhere at a certain time, we had to stick to our word. Most importantly, being deprived of a phone made us more present in the moment. It’s hard enough having meaningful interaction with someone when you can text anyone on your contact list. It would be even harder if I also had my Facebook friends, my email and a whole host of other distractions at my fingertips. Technology is an addiction, and even without a smartphone I feel its pull. It’s difficult to stay away from my laptop, but it’s too heavy for me to want to carry everywhere. A smartphone, however, has the technology of a laptop condensed in take-it-everywhere-with-you form, making addiction all the more likely.

I realize that smartphones can be convenient and helpful. I admit to having relied on someone else’s iPhone to get directions on short notice. However, these advantages — while handy — aren’t necessary. Before smartphones, we would have used a map or looked up directions before leaving. We would have prepared ourselves. When we rely on our phones to do the thinking for us, we become less responsible.

Of course I don’t intend to insult everyone with smartphones. I’ve just observed the consequences of buying a smartphone and decided it’s not worth it for me. I know that someday, probably soon, I will have to buy a smartphone to keep up. But until the day comes when smartphones become absolutely necessary for participating in society, I will continue to use a phone of average intelligence because I prefer it that way. I don’t want my phone to be smarter than me.