Skip Out On “The Wedding Ringer”

Photo courtesy of The Wedding Ringer/Facebook

Comedy is probably the most subjective genre in filmmaking. Different people find different things to be humorous, but timing counts as well. If something happens or is said too soon or too late, the intended effect is lost.

Another factor in a comedy’s success or failure is the strength of the writing. If the writing is good, then more laughs will ensue. If the writing is poor, then it will be strained, or no laughs will come. “The Wedding Ringer,” directed by Jeremy Garelick and Jay Lavender, both of whom worked on “The Break Up” with Vince Vaughn and Jennifer Aniston, is a great example of poor comedy writing.

“Frozen” star Josh Gad plays a tax attorney preparing for his wedding. With the event two weeks away, he has no best man or groomsmen for his wedding. After his own efforts fail, he turns to Best Men Inc. — a service that provides those missing elements for a price. The jaded owner, played by comedian Kevin Hart, prides himself on providing experiences for those grooms with lonely lives.

The owner refuses to provide service to the attorney at first because he requires seven groomsmen as well as a best man. This is something that he has never done before, particularly under such pressing circumstances. However, he eventually agrees, and the pair set out to provide the best experience for Gad’s character and pull off the ultimate wedding con, called a “Golden Tux.” Co-starring are “The Big Bang Theory”’s Kayley Cuoco-Sweeting, “Young Frankenstein”’s Cloris Leachman, “Dredd”’s Olivia Thirby and “LOST”’s Jorge Garcia.

While the premise itself could make for some interesting viewing, the approach taken squanders that potential. The biggest sin the film commits is that, despite the R-rating, the script plays it relatively safe.

Many of the story beats are predictable, jokes telegraph themselves far in advance, defeating the overall purpose of a comedy, and some of the in-world logic is dubious. If you have already seen a large number of films and/ or comedies, then you pretty much can tell how most given scenarios will play out. This is not helped by the fact there are certain editing tactics that feel like they were thrown in at the last minute. Not only is it distracting amidst the surrounding weak material, but it also ruins moments that could have actually been funny.

What prevents the film from being outright terrible are Kevin Hart and Josh Gad themselves, who have good chemistry together. This leads to a few touching moments, which is helped by decent pacing and Hart’s delivery of some of his lines.

But other than those elements, “The Wedding Ringer” can be best described as generic.

If you are a fan of Kevin Hart, then you might derive some enjoyment. Other than that, it might be wise just to wait and rent it from Netflix or Redbox. 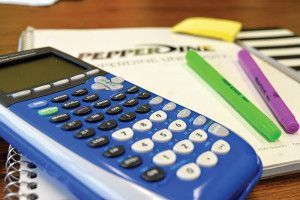 Photos by Esther Kang There are no more choc­olate-covered strawberries from Nature’s Edge left in the refrigerator,...
Copyright 2013 Jupiter Premium Magazine Theme
Back to top