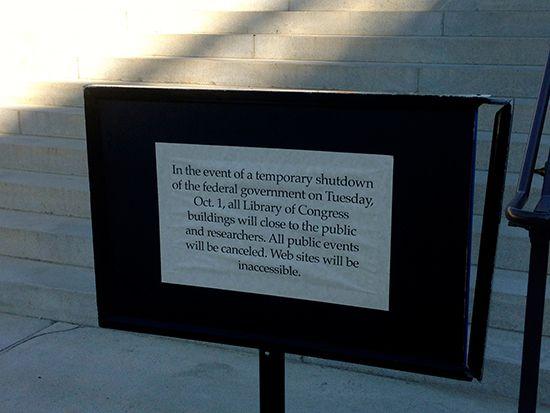 WASHINGTON, D.C. — When the clock struck midnight on Oct. 1, the nation’s capital was dumbfounded. An estimated 800,000 federal employees were furloughed starting that Tuesday, and anxiety loomed over the district. Government workers wondered when they would see their next paychecks, medical patients worried whether their health treatments would continue and working parents feared their children’s subsidized daycares would close.

In the Foggy Bottom neighborhood of downtown D.C., some students turned off their alarm clocks and went to bed, knowing they would not have to wake up for work the next morning. Others scrolled through their Twitter feeds and texted anxious friends and family about what the next few days — or maybe weeks; no one was truly sure at the time — would hold.

From Oct. 1 to Oct. 17, 22 Seaver College students in the Pepperdine International Programs’ Washington, D.C., Program were able to experience the government shutdown firsthand. A U.S. federal government shutdown had not taken place since the year some freshmen were born (from 1995-1996).

“I learned more in those 16 days than I have in any government or politics class,” said junior Clark Cashion.

An intern for Representative John Campbell (R-CA), Cashion enjoyed the shutdown because he is unpaid, thus being deemed “essential.” This led to him working full-time during the 11 weekdays when the government was closed. Because the Capitol was closed to the public, Cashion spent the time when he would have been giving tours to visitors doing “in-depth research, talk[ing] with constituents and everything in between.”

Of the Pepperdine students who left California for the nation’s capital, 12 of the Washington Waves have unpaid full-time internships at a variety of federal and non-federal workplaces. Because the Washington, D.C., Program prides itself on giving students the opportunity to intern and gain the “D.C. experience,” the shutdown presented difficulties for those with internships.

Students like Cashion were able to have what he called one of the “coolest experiences” at his internship (because Congress was still working to try and end the shutdown), while several of Cashion’s fellow Waves were “furloughed.” Students who interned for government-owned institutions outside of Congress were laid off from their internships and, unlike Cashion, found themselves with little to do.

“Well, to be honest, at first I really enjoyed the break,” said sophomore Jing Huang, an intern at the Arthur M. Sackler Gallery. “If I said ‘I feel really upset,’ then I would be lying.”

The Sackler Gallery, a Smithsonian Museum of Asian Art in D.C., was one of the many federal institutions that closed when the new fiscal year began. Even though Huang enjoyed the opportunity to sleep in and catch up on schoolwork, she admits that after a while, the furloughed life was no fun either.

“Going to work actually helped me discipline my life,” Huang said, “so when I was losing my work hours and I missed my colleagues, I don’t know, my schedule, and my life, were disrupted,” she said.

Furloughed interns like Huang had to make up for their lost work hours by writing research papers for Program Director Rich Gathro on topics related to their internships.

“The whole vibe of the city changed,” said sophomore Anna Kitsmarishvili. While Kitsmarishvili and other non-interns had the city’s cafes all to themselves, their interning classmates worked their typical 30 to 40-hour weeks, including Cashion and the three other Pepperdine students interning on Capitol Hill.

“The Senate buildings were basically empty; there was basically nobody there,” said junior Phillip Moran. “You couldn’t even hear a ‘click-clack’ down the marble hallways.”

Like Cashion, Moran’s daily duties were slightly changed during the shutdown: the regular briefings he attended diminished to just one over the 16-day shutdown, he mostly stopped giving Capitol tours and the constituent calls he answered from fellow Oklahomans “were crazier than ever” because of their frustration regarding the shutdown.

The one briefing that Moran attended was on Iran’s nuclear program — an exceptional subject of foreign policy amidst the domestic crisis — where Moran “got to hear people like Senator McCain (R-Arizona) and Senator Rubio (R-Florida), up close and personal, say how much the government shutdown was impacting our national security interests.”

Most of the students working for the federal government — whether it was Moran with no briefings to attend or Huang with no gallery events to prepare for — noticed that a lot of their daily duties and work for long-term projects kind of disappeared with the shutdown.

“Initially, I was really frustrated and disappointed,” said sophomore Kim Vincelli, an intern at the Department of Education’s Office of Communications and Outreach. “The main projects I was working on before the shutdown all got canceled because they were all for events that were supposed to happen during the shutdown, so I felt like I was taking steps backward; almost like starting over again.”

Vincelli was one of the approximately 5,000 employees in the Cabinet-level department furloughed during the shutdown. “Clark drilled it into me that I was nonessential,” she jokingly said of her classmate, Cashion. Now that the government has been reopened, it seems that everything would return back to normal, right? Not quite.

Vincelli has also been experiencing the same idleness in the office upon her return to ED, contrary to what she expected after having been off work for so long. “I thought we would be busy and have a lot to do, but when I got there, my boss was like ‘I have nothing for you,’ so I was twiddling my thumbs, and that frustrated me,” Vincelli said.

Other students had family visit over Columbus Day Weekend but had to rearrange their itineraries when most of the museums were closed and all of the memorials were blockaded to the public.

The program’s Convocation visit to the headquarters of Voice of America (an international public broadcaster owned by the federal government) was canceled because the organization was closed.

“It may take a little longer for everyone to readjust,” Vincelli said, “but it’ll pick up where it left off.” 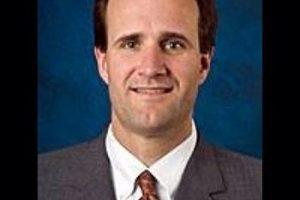