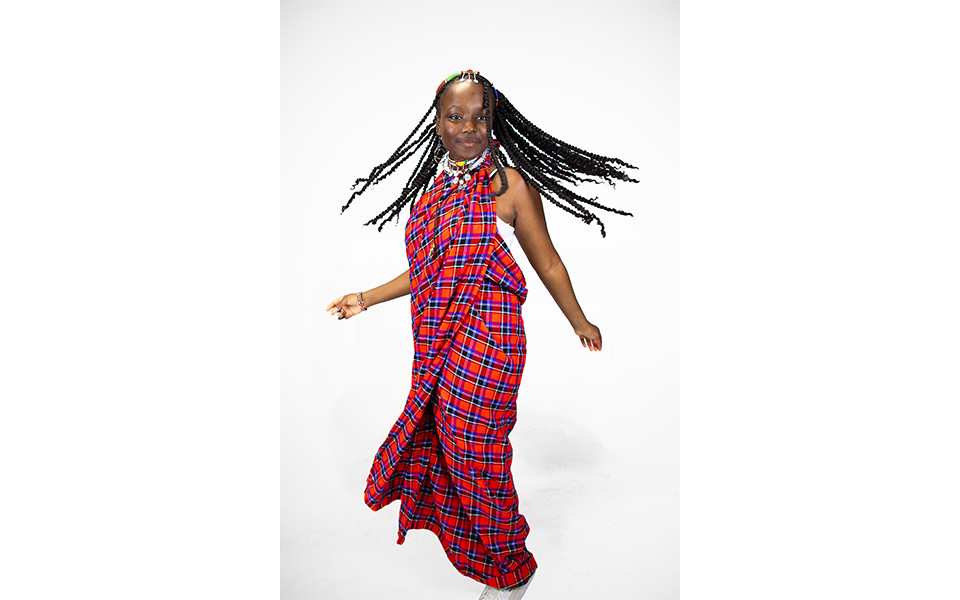 The Maasai tribe drinks cow’s blood mixed with milk for strength and stamina.

Junior Angel Thairo said her grandfather would slaughter a cow and drain it upside down for the blood to be mixed with milk in traditional Maasai ceremonies. There were times when this mixture was all the Maasai tribe had to drink.

“That’s what red represents —that blood, that lifeline,” Thairo said. “Because even during seasons of famine, that’s what people will survive off of.”

Though Thairo was raised in the city of Nairobi, Kenya, regular visits to her grandfather’s house outside the city taught her about mythology and animism, which is based on the belief that creatures and objects have souls. She said their tribe believes that the cow is sacred — a lifeline that provides the blood they drink.

While she does not partake in drinking cow’s blood, this ritual taught her the element of struggle in its significance and the familial tie to the color red. 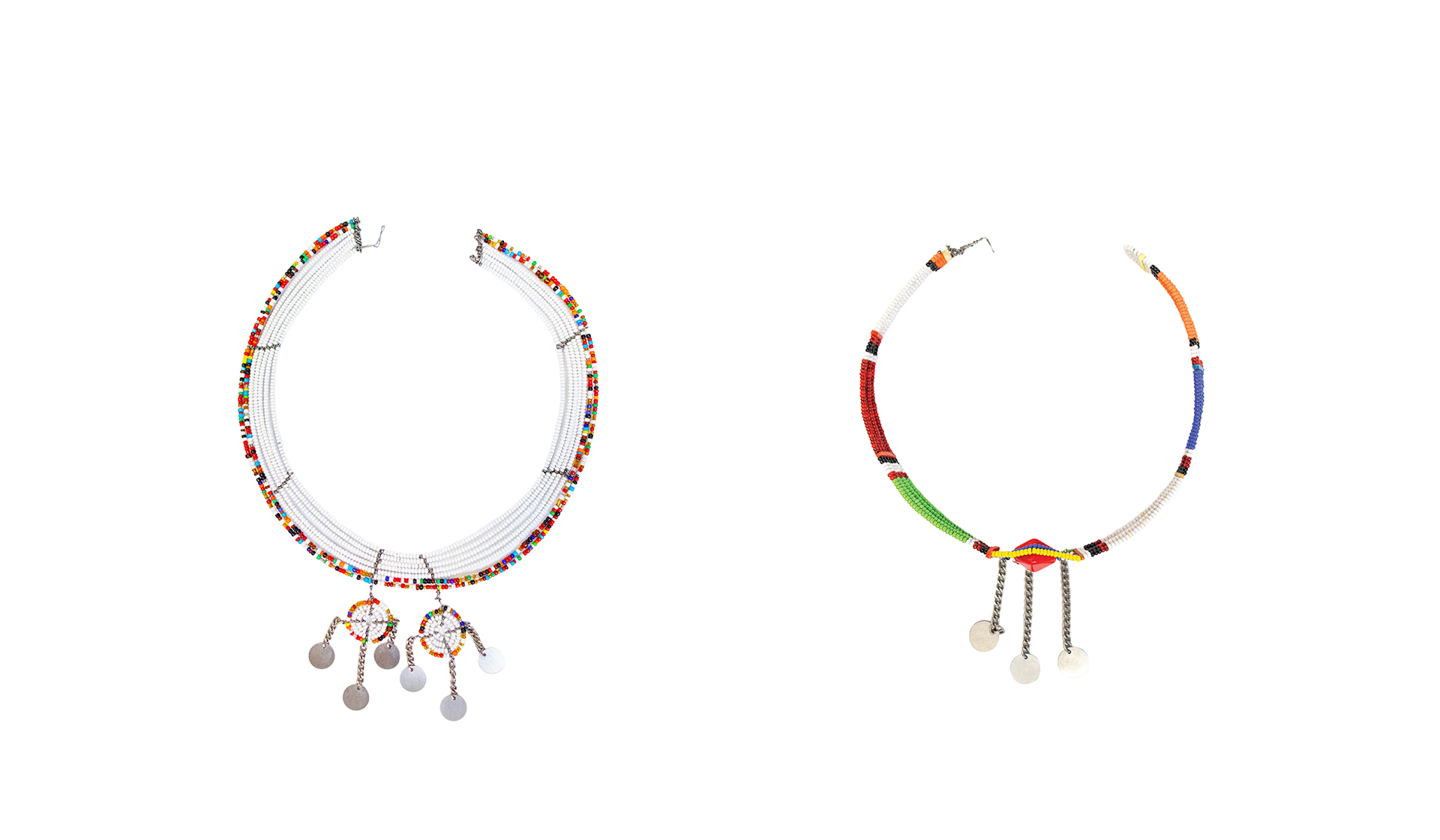 “Red is a really sacred color,” Thairo said. “It symbolizes strength, unity, just being together as a tribe.”

That is what colors do. They represent experiences, stories and cultures. Hundreds of colors exist in the clothes people wear, the pens they use and the flags they fly. Colors speak for themselves, for values tied to cultures and for the way they brighten the world.

The power of red

Senior Cindy Kim associates red with something quite different than strength. She said she remembers her parents discouraging her from ever using it.

“Red is a very controversial color in Korea,” Kim said. “It was considered taboo to sign our names with a red pen because it was like signing our name off with blood.”

Kim said her grandparents associated the color with communism because of the time in history they were raised in. Today, red is more accepted in Korea and seen as a uniting color, especially when it comes to sports.

The significance of the color red in Chinese culture is evident in the lanterns and fireworks during Chinese New Year. Senior Justin Yin incorporated the color into yet another aspect of the festivities.

Senior Lois Zhou said her mom loves red, utilizing it in decorations for Christmas, Valentine’s Day and Chinese New Year. The elders of the family give red envelopes with money during Chinese New Year.

“[Red] symbolizes prosperity, energy, liveliness and money,” Zhou said. “You know it’s a good day when you see an envelope and it’s red. That’s how you know you’re going to be eating well for the next couple of days.”

“On the actual day of the wedding, the bride wears red,” Ghodasara said. “Red is a sign of positivity and love, so almost every bride that you see wears a red dress.”

Growing up in what he described as the ghetto of Los Angeles, junior Christopher Hidalgo was not allowed to wear red when playing outside.

“I remember having bought shoes that were red or like a gift given to me, and my dad said, ‘You can’t wear that,’” Hidalgo said. “It was a big kind of slap in the face because I wasn’t limited necessarily mentally, but physically I wasn’t allowed to wear color.”

With the dominant gangs in LA associated with blue and red, Hidalgo grew up wearing black and white, and he still does today. 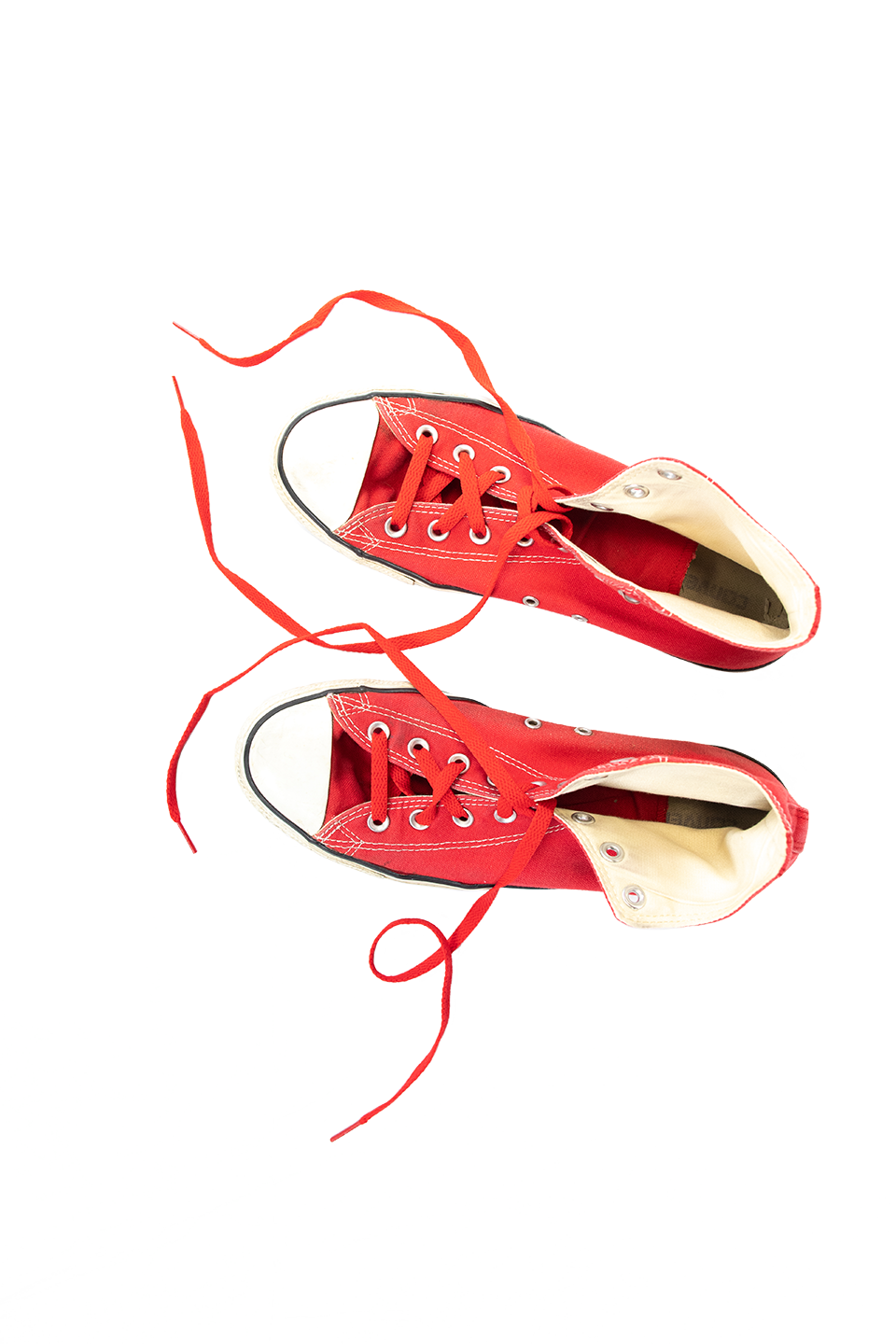 Christopher Hidalgo could not wear red shoes when he grew up in Los Angeles, where gangs are associated with the colors blue and red. Photo by Milan Loiacono.

“I definitely wear black and white because of where I grew up,” Hidalgo said. “But then there’s also this trend of minimalism and how stress-free it is to not have to worry about your closet.”

The brightness of color

The Holi festival, originating from the Indian culture, leaves attendees covered in an array of bright colors. The celebration is based on a mythological story of good conquering evil and consists of people throwing colored paint at each other.

“You just enjoy that day with different colors because it spreads so much color around you, and color brings so much positivity,” Ghodasara said. “Colors show a positive aspect of your life.”

Ghodasara said people in India wear white to funerals — a much brighter color signifying a better afterlife for the individual as opposed to people in the U.S. who wear black to funerals.

“For us, white is more about the peace that a person gets,” Ghodasara said. “We also believe in reincarnation, and we burn their bodies and release those ashes so their soul is free to take the next world they would like.”

Bright colors are also important in the Acadian culture, French Professor Kelle Marshall said. After the Seven Years War, the Acadian people were deported from Canada only to find British farmers on their land when they returned. The Acadian people see themselves as a separate, historically oppressed colonial group.

“If you look at a lot of the Acadian art, there’s a ton of primary, really bright colors,” Marshall said. “I think it’s the same sort of thing, like a statement, ‘Hey, we’ve been through a whole lot of hard times but we’re resilient.'”

The Acadian flag looks like the French flag with a yellow star on it. On their national holiday, they wear red, blue, white and yellow in the parades and celebrations.

“It’s the star of Mary [the yellow star], so Mary is their patron saint,” Marshall said. “Yellow was their distinction from the rest of the French people.”

The politics of color

“So all the flags usually have some combination of red, green, white and black,” Rizkallah said. “Those four colors actually represent the four dynasties of the Muslim empire.”

Black represents battle or death, red represents struggle and sacrificed blood, white represents peace, and green represents fertility and agriculture while also being the color of Islam, Rizkallah said. During the ’50s and ’60s, some Arab countries had anti-colonial revolutions to overthrow Western-supported monarchies.

“In those countries, you will often see that the green is kind of not in the flag anymore and that the flag is three bands of red and white and black,” Rizkallah said. “Whereas a lot of the monarchies or countries that didn’t have a revolution, you’ll still see green in their flag.”

The Syrian flag, for example, only has two little green stars. On the other extreme, Saudi Arabia’s strong monarchy has a purely green flag with the Shahada, the Muslim declaration of faith.

Color also signifies political party association in the Arab world, much like the United States. Islamist parties will have green in their logo or flag, with the intention of bringing religion into politics and the public sphere, Rizkallah said.

The colors political parties associate with appear on billboards and can even be brought up in conversation if one is wearing a certain color. One of the Christian parties associates with orange, the Hezbollah-ruled area is yellow and green, and the Sunni Muslim parties typically use light blue.

“People are very attuned to color around election time and sometimes they’ll even put flags of those certain colors off their balcony or somewhere in their neighborhoods,” Rizkallah said. “There are certain neighborhoods where you’ll drive through them and you can instantly tell which political party controls the neighborhood.”

The cultural or political meaning of color is not always clear to outsiders but usually has deep ties to tradition. Colors speak without words and add vibrancy to the world.