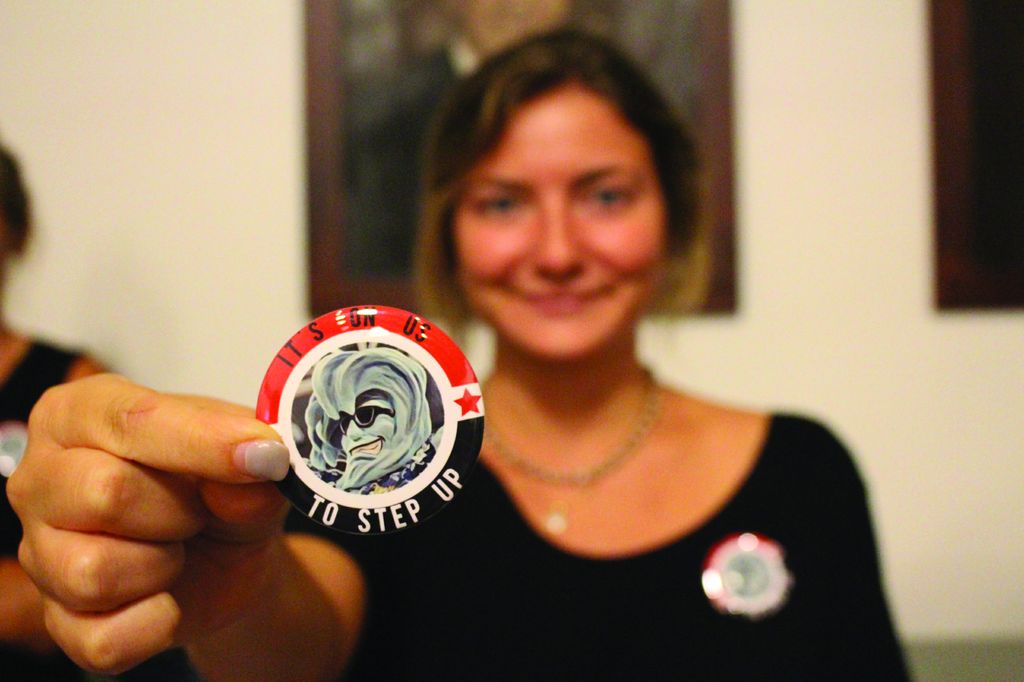 “If we live out our values – our values of respect and compassion – we take personally that it is on us. We take responsibility as a community to Step Up,” La Shonda Coleman, the new Title IX Coordinator for students, said at Convocation on Monday night.

Coleman is the former Director of College Programs at the Santa Monica Rape Treatment Center and is Monday and Wednesday night’s Convocation speaker.

Hannah DeWalt, who has been working on sexual assault awareness for a little over a year now in her position as Health and Wellness Education Coordinator, is in charge of Sexual Assault Awareness Week this year and said she is very excited about Coleman’s addition to the Pepperdine community. 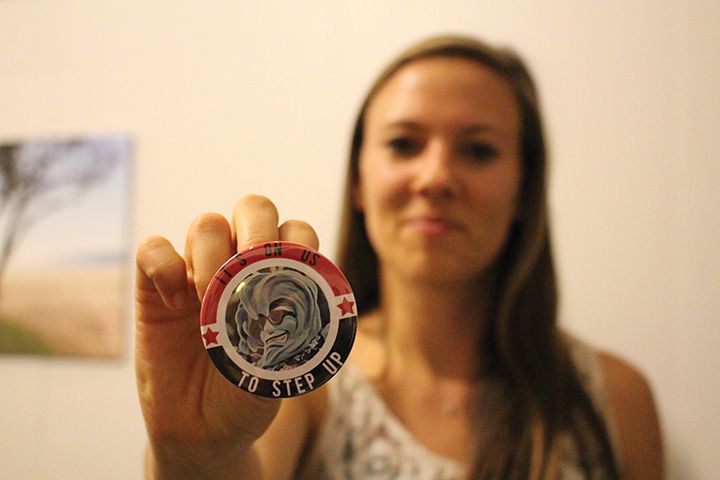 “Monday night will kind of be her debut to students and she will have some great tips on how we can step up as a community surrounding sexual assault,” DeWalt said, “Whether that’s in the scene, interrupting a sexual assault, or just in day-to-day how we interact with one another.”

There are many students interested in raising awareness for this topic, shared DeWalt, as she sat down with The Graphic before Awareness Week began.

“My hope for this week is that students come away knowing that it’s up to them to take personal responsibility and step up against sexual assault,” DeWalt said.

This week there are a number of events to commemorate the victims of Sexual Assault as well as raise awareness against it. Monday, Tuesday and Wednesday night’s Convocation opportunities featured two key speakers. Monday evening in the Fireside room, La Shonda Coleman spoke about stepping up to prevent sexual assaults in the community. Abby Smith, Communications professor and Debate Team coach, spoke about stepping up in the smaller moments at Tuesday night’s convocation. Finally, La Shonda spoke again Wednesday night for an Athlete Chapel down in the Trophy Room. 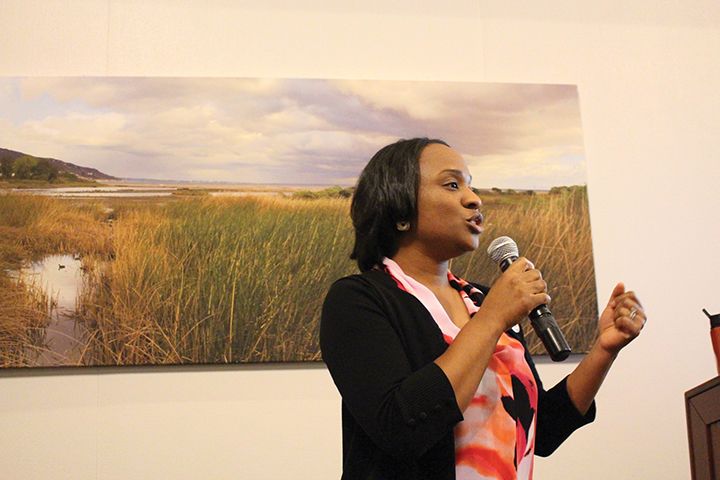 “I think this week is important because it spreads awareness about all the assault that happens to innocent and vulnerable people,” Jenna Aguilera, junior, said.

Another major event is the Coffeehouse on Friday night. Its theme is “Waves of Worth.”

“The whole purpose of the Coffeehouse is to end the week affirming one another in our value,” DeWalt said, “And sexual assault occurs when someone is stripped of their dignity and respect, and so we wanted to take the time to create a positive culture and be able to speak into such positive culture at Pepperdine, and share with one another songs, spoken word, or poems that pertain to building one another up and speaking truth.”

Another piece of the week is the Clothespin Project, which was done last April during Sexual Assault Awareness month on Seaver, Drescher, and the Law School campuses, DeWalt told us. The shirts were decorated by victims of sexual assault and then donated by the Santa Monica Rape Treatment Center to be hung all over the three campuses. This event took place during Sexual Assault Awareness Week on Tuesday in the Plaza.

This tribute to victims and survivors goes along with the idea of airing the “dirty laundry,” DeWalt said. “We want this to be a topic that we talk about and that we don’t hide from because we want to be able to take care of it.”

There will also be an opportunity this week to take the “It’s On Us” pledge and receive free Step Up pins and a t-shirt. “It’s On Us” is the national campaign against sexual assault started directly by the White House and President Obama in 2014. “Step Up” Pepperdine is a “bystander intervention” campaign encouraging people to step up and stop sexual assault and discrimination when they see it happening. The idea is for students to be “modern day Good Samaritans,” Coleman emphasized during Monday night’s Convocation. 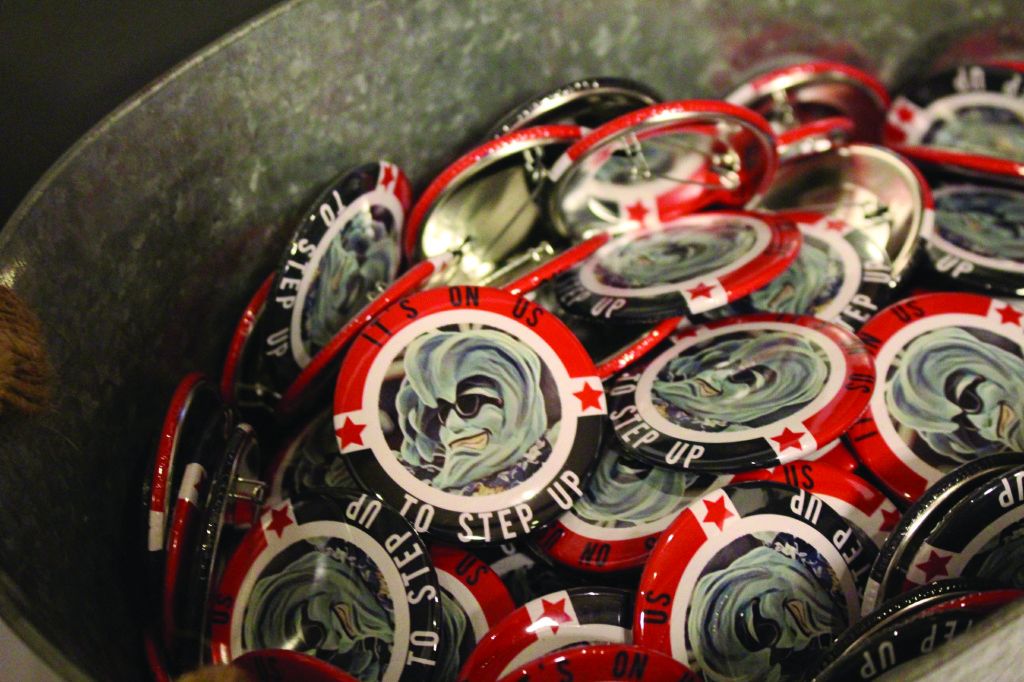 “We’ll be doing that at the pledge drives throughout the week,” DeWalt said. “Those will be held in the main plaza Monday, Tuesday and Thursday from 10 a.m. to 3 p.m.”

DeWalt also shared information about this year’s new addition to the Step Up campaign. The new campaign is made up of a series of three posters hung around campus in which different themes are portrayed. The first regards friends being first responders to sexual assault, the second is for the counseling center, and the third is about campus culture and it’s zero tolerance for sexual assault.

“Part of my job is training students to be able to be a good first responder and what that means to be trauma-informed and what that person (a victim) is going to need in light of what just happened to them,” DeWalt said. “For an example, most of the times we think ‘Oh my friend is hurting, I should give them a hug’ but that could be the last thing a survivor of sexual assault needs because they’ve just had their physical space violated and so that type of training.”

“One thing for me, I knew someone who went through a situation like this and I was very supportive,” junior Gabrielle Pfund said. “But since then, I haven’t really reached out to her about it in a while. So what I’ve taken from this is just to check in and make sure she’s OK.”

Four students from Greek organizations and one unaffiliated student stood up to share the ways in which they plan to Step Up in the future at Monday night’s Convocation.

“This awareness week brings up an uncomfortable and sad topic in an informative way that also encourages students to step in and stop sexual assaults from occurring,” Helena Morse, 20, said.

Coleman stressed the importance of Stepping Up even if it may not be the cool, easy or socially permissible thing to do. She emphasized the challenges it sometimes poses and introduced the Step Up Model, encouraging direct or indirect ways of intervening in a situation that you don’t quite think is right.

For more information on the ‘It’s On Us’ or ‘Step Up’ campaigns, please feel free to check out the resources below.