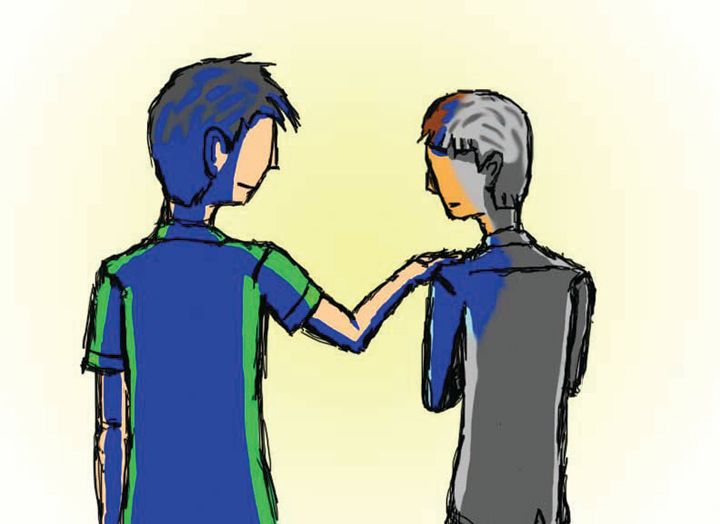 Being a senior is bizarre. You see the school you came to regard as home evolve before your eyes, as all the familiar faces are slowly replaced with strangers. You start wondering whether you’ve outgrown this, but at the same time you can hardly believe that you’re an adult who’s responsible for paying off tens of thousands of dollars in student loans.

As someone who really doesn’t have their life together, it feels strange to be giving any kind of advice to people who may have a lot of college left to go through. But I have plenty of grievances with Christian, the Awkward Freshman. Anyone who says “no regrets” is either exceptionally well-adjusted or lying.

Before I came to Pepperdine, I was instructed to “take advantage of every opportunity.” I did not. The biggest reason for this was fear. Fear of failure, embarrassment, responsibility, students, professors, new experiences — it can stalk you like your own shadow. Most of the time you don’t even realize it’s there, or you mistake it for ambivalence.

Banish this demon from your life as quickly as possible. It’s keeping you stuck in the same patterns and stopping you from growing. Chase after whatever catches your eye at full speed, even if you’re not sure it’s what you really want (Ecclesiastes 11:9-10, for those of you worrying what “God’s plan” for your life is).

Whether it’s research, a competitive internship, a service project, performing or asking someone out, go for it. That sounds like dreadfully generic “self-help” advice, but if it were easy to live out, no one would settle for a comfortable-yet-unsatisfying status quo. Try anything that you could potentially fail at, and see what happens.

Do things alone. I don’t mean easy things like watching movies in your dorm room. When I decided to travel on my own in Argentina over winter break, I was terrified of even getting on the train. I watched two trains pass by because I’d never had to really look out for myself. But once it was over, knowing that I did it alone gave me confidence that I’d never known before. No one can take that pride away from you once you have it.

Don’t shut down other points of view because they make you uncomfortable. Learn about Islam, Buddhism, socialism, conservatism, foreign cultures, alternative lifestyles and anything that’s unfamiliar. Millions cling to these as tightly as you cling to your own beliefs. They don’t need your agreement, only your understanding. It’s much easier to engage them now than when you’re “set in your ways” and convinced that they’re the best.

Find good friends and hold onto them. It’s too easy in this hyper-extroverted environment to drift from person to person without deeply investing in anyone. Don’t settle for acquaintances, but pick your friends wisely. Narcissists will take more of your sanity than you can afford to lose. Be kind to everyone, but give your best to those who would happily give you theirs. (Also, make sure you’re not the one that takes more than they give).

Yet as Aldous Huxley once said, “rolling in the muck” of your past mistakes “is not the best way to get clean.” Some of the best times of my life have been in this strange community, and I’ll always be grateful to it. For every entitled brat that drove you crazy, there are two solid people you will sorely miss once you go. Whatever its flaws, Pepperdine provides an experience like no other. Savor it while you can.