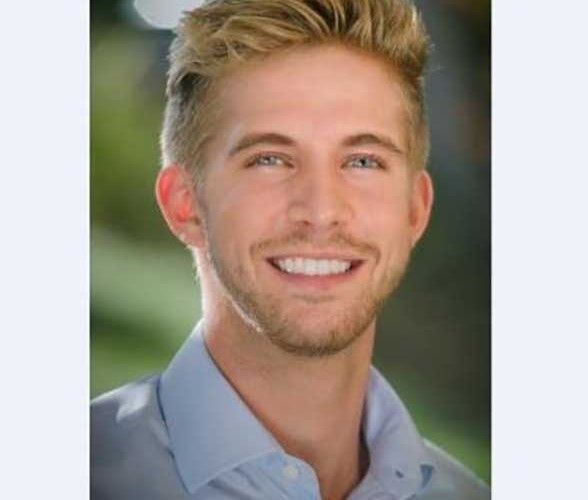 Within the program, a first-year seminar class called Money Management for Millennials (GSBA 199.01) and an elective course called Personal Finance (BA 320), both taught by Brian Thomason, are available to students. The program is also expanding to offer workshops and Convocations, the ultimate goal being to show students how to manage themselves financially in the real world, according to the program’s website.

Pepperdine’s Financial Literacy website states that 20-somethings hold an average debt of about $45,000, that 56 percent of Millennials are living paycheck-to-paycheck, that the student debt burden in the U.S. sits at $1.1 trillion, nearly quadruple what it was a decade ago, that the class of 2014 graduated with an average student loan debt amount of $33,000 and that Millennials get a “D” in financial literacy.

The director of the program, Derek Stoutland, is in the process of finishing Pepperdine’s five-year MBA program with a finance concentration and will be graduating in April 2016.

Currently, Stoutland works in Pepperdine’s Office of Financial Planning as a budget analyst, a job he’s worked full time at for the last two years. For this, he helps set up budgets for each individual school, including Seaver, Graziadio, and School of Public Policy and helps these schools move money between departments when they need help in organizing their funding – something very relevant to what he’s studying, he said.

“It actually kind of started in this office,” Stoutland said. “After I studied abroad in Germany, I had taken some of Brian’s accounting classes, and he ended up becoming a mentor for me, and a lot of what he brought to the classroom was so applicable. It wasn’t just a bunch of fancy academia.”

Once Stoutland returned from abroad, he and Brian Thomason became friends, which is when Thomason urged Stoutland to be a summer intern at the finance office. But before Stoutland started the internship, Thomason decided to teach him how to manage and organize his own personal finances, which included building his own budget centered on his new income from the finance office. It was then, learning about personal finance, money management and investing, that Stoutland realized he’d found his niche.

Stoutland quickly noticed that Pepperdine students and college students in general don’t have enough exposure to resources for these basic financial necessities.

In response, Stoutland and Thomason started a club Convocation for eight students, and eventually, Stoutland wrote a two-page brief on making a website for personal finance to offer to students. He submitted this brief to Waves of Innovation, not expecting it to turn into anything; yet this created the opportunity for the start of the program.

“I’m one of the 70 percent of students who graduate college with $30,000 plus in student loans,” Stoutland said. “The majority of people take out loans to go to school, and they don’t necessarily have a plan to pay it off when they graduate—and it’s not a bad thing, you’re investing in yourself, and that’s one of the best things you could possibly do. But I think it comes down to asking the right kinds of questions.”

These questions, Stoutland said, include asking yourself about what you’re studying, what you’re most likely going to be doing when you graduate, where you’re going to live, what rent will cost you and other questions similar to that.

Stoutland said he believes that the biggest challenge for students is to realistically mesh an understanding of the lifestyle they’re expecting to have and their financial life.

The program, which currently offers both a first-year seminar and an elective, is aimed at exposing students to the foundations of personal finance. This includes budgeting, investing, credit, taking out loans, buying a first car or home, renting a car, setting financial goals and going on vacations.

“Everything you can want to do financially, that’s the scope we want to cover and touch upon to get people asking those questions,” Stoutland said.

The first-year seminar class offered to incoming students in the program is called Money Management for Millennials, which is the number-one requested freshman seminar. Stoutland said this shows that there’s an interest in financial literacy, which gives him high hopes for the course. The second course is offered to any student as an elective called Personal Finance.

The program is now expanding. There has been a club of 20 students added to the mix, which has received a lot of good feedback according to Stoutland. Additionally, the program just launched a community site for the Office of Financial Literacy on campus, which will give access to anyone who wants the resources to speak to someone about their financial life plan. While Stoutland believes the optimal option is to experience the actual class, he said he’s excited about the fact that the office allows for student access to resources they need to set up their financial life after college. The program is also planning on expanding to the point where it will offer workshops and Convocations, which is coming into play this year.

“It changed my life,” Stoutland said. “And I think there’s a lot of people who can benefit from that same information.”

The dream, Stoutland said, would be for every student at Pepperdine to be exposed to at least the resources and opportunities to learn how to manage their financial life. He said he sees these foundational financial concepts as practical skills that everyone will use, considering that no matter who you are, “you will be dealing with money in some way, shape or form every single day for the rest of your life.”

Stoutland went on to explain that one of the number-one causes for divorce is money issues, and that the number one stress in life is money.

“Why not prepare people on the front end to not have to worry about it as much?” Stoutland said. “It’s always going to be something that’s not promised necessarily, but why not hedge your bets and become as stable and confident in that area as you can be or would like to be?”

The professor of the courses in the program, Brian Thomason, has been teaching at Pepperdine since 2008, and has taught Financial Accounting, Managerial Accounting, Auditing, and a first-year seminar in personal finance. He is also the associate vice president and university controller in the Office of Financial Literacy.

Thomason discussed the most rewarding parts of the creation process for the Financial Literacy Program.

“I’m really proud of Derek for just saying ‘I want to own this and see where it goes,’ because I had been trying to do something around financial literacy and personal finance on campus for nearly 10 years, but could never get any traction, and I didn’t have a lot of time to dedicate to it,” Thomason said. “And he comes in and says I really want to do this and he makes it happen—I mean that’s pretty fantastic. And then the second thing I would say is how much support he and the program have gotten from the campus community as a whole.”

Thomason also spoke on the necessity of learning about finances, touching on a similar idea as Stoutland about how money is here to stay.

Thomason said the biggest reason he chose to go into the financial field is because the importance of money is something people really cannot ignore, and that if he does his job well, then the university does a better job of educating students. He also said that he, Derek and others in the Office of Financial Literacy are here to provide a service, formal or informal, to students. He said he is more than happy to sit down with any students who have questions or a desire to learn about finance if they choose not to enroll in the spring upper-division elective.

“I’m here because I believe in making students’ lives better, and I don’t have to do that in a classroom.”

For more information, contact the Office of Financial Literacy in TAC 200, visit their page on Pepperdine’s website or call them at (310) 506-4519. 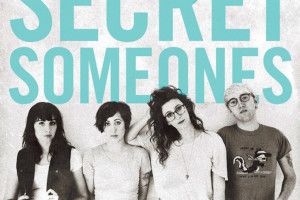 If you could stick HAIM, The Bangles and The Cranberries into a blender and add a dash of Weezer and Green Day in there,...
Copyright 2013 Jupiter Premium Magazine Theme
Back to top