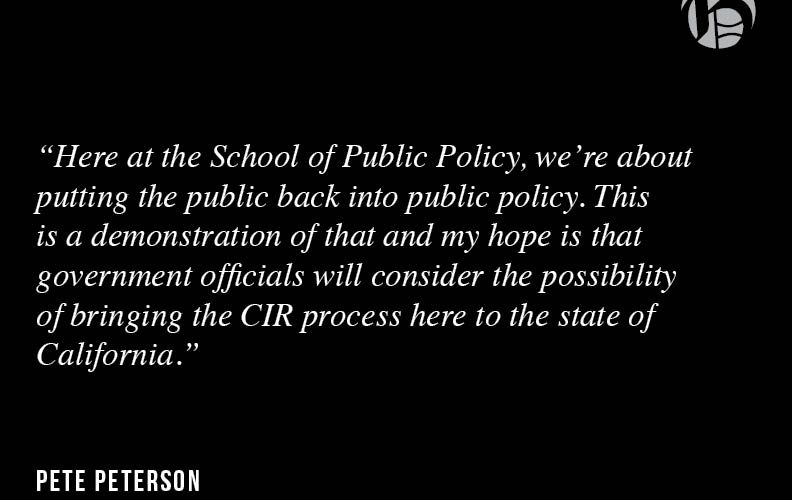 The Pepperdine School of Public Policy is continuing its work from last semester on a project to make the California Initiative process more transparent for its students.

Headed by Dean Pete Peterson of the Davenport Institute, the School of Public Policy intends to bring Healthy Democracy, an organization based in Oregon, to campus for a three-day event that will run from March 5 to March 7. The School of Public Policy will participate in Healthy Democracy’s Citizen’s Initiative Review (CIR), which will consist of bringing in panels of policy students, and others interested in the event, to fairly evaluate ballot measures.

“For several years I’ve known of Healthy Democracy who developed the process called CIR, which is meant to gather a group of voters together, about 20 to 24, for several days to learn about a ballot, deliberate on it and then write up a Citizen’s statement regarding, in their own opinion, what they learned,” Peterson said.

Healthy Democracy has implemented its CIR process in Oregon, Washington and Arizona. In Oregon, the information obtained through the CIR was put into Oregon’s ballet information packets, which all registered voters in Oregon received.

“For the first time here in California, we’re looking to host a beta test of the CIR here using one of the 2016 ballot measures,” Peterson said. “Voters will get a chance to go through the process, hear in person the for and against arguments and get a chance to discuss what they feel about the measure.”

Peterson noted that the idea behind Healthy Democracy is for people to learn and compose a statement in a language that is more understandable than the statements that are placed in the ballot packet.

“I think it’s a really great way of engaging everyday voters in learning about and helping to inform other voters about various important public decisions,” Peterson said. “This is a much more deliberate way of thinking through a measure were you are forced to work with fellow voters to figure out what the major arguments are.”

“I went to the conference last semester and it was actually extremely insightful,” Michael Pearson, a student at the School of Public Policy, said. “I plan on going to at least one of the days of the event and I hope it’s as beneficial as the conference was for me.”

The CIR at the School of Public Policy will be available to students who are interested and the invitation will extend to nearby universities as well.

“I think what they’re doing up at the Policy School is really cool,” junior Daniel Perez, said. “It’d be great if the undergrad campus can get involved in something like this in the future if it’s successful.”

Last semester, the School of Public Policy launched a webpage, in collaboration with SGA, called Pepperdinevotes2016, which helped students find information on how and where to register, ballot measures and where to get an absentee ballot. In addition, the School of Public Policy also hosted the event Election 2.016, a day-long conference about how technology is changing the way voters engage in the election process.

“Here at the School of Public Policy, we’re about putting the public back into public policy,” Peterson said. “This is a demonstration of that and my hope is that government officials will consider the possibility of bringing the CIR process here to the state of California.” 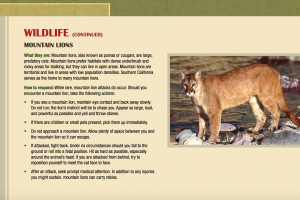 Editor’s Note: “From our feed” is a new feature through which developing stories covered on our social media accounts...
Copyright 2013 Jupiter Premium Magazine Theme
Back to top