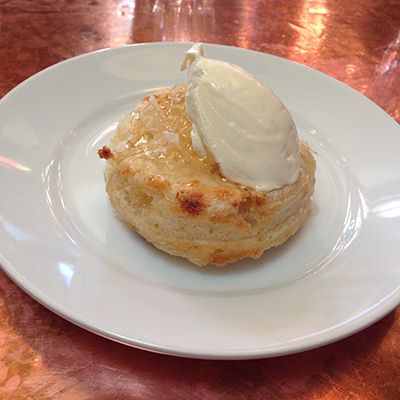 Located in the center of LA, The Pikey is easy to overlook. Their understated, unimpressive facade is consumed by the hustle and bustle of Sunset Boulevard. But after hearing friends rave about their food, I knew this was a place I needed to try.

“Don’t judge a book by it’s cover” applies to the Pikey experience. The outside of the restaurant was crowded and scattered with cheap looking tables. It was almost enough to deter my friends and I from entering, but as soon as I opened the door, I was glad it hadn’t.

Upon entering The Pikey, there’s no questioning the authenticity of the decor. The quaint, tightly-packed restaurant is quintessentially British with a 1950s flare. The walls are plastered with Union Jacks, photographs of famous Brits and countless pieces of British memorabilia. Having studied abroad in London last year, I knew I had come to the right place.

Although The Pikey is not known by many, it is quickly gaining the reputation of being a low-key celebrity hot spot. Graced by the presence of Hayden Panettiere, Ryan Seacrest and Julianne Hough — just to name a few — this restaurant attracts a diverse crowd — everyone from business men to families to the trendy French couple who sat behind me.

The ambiance of The Pikey was the perfect mixture of laid-back and sophisticated. The room was filled with the soft chatter of people enjoying the plates of food in front of them. The waiters casually strolled through the restaurant dressed in crisp, white shirts and black suspenders. They were friendly and prompt, greeted us with a smile and ushered us to a table within seconds.

How do you spot authentic British cuisine? It’s all about the pastries. When I had the menu in my hands, my eyes were immediately drawn to the crumpets. The Pikey serves their crumpets warmed and lathered in honeycomb and Devonshire cream. Taking a bite, I felt as though I had been transported to Harrod’s bourgeoisie. This sweet, sticky perfection was the perfect beginning to a highly anticipated meal. 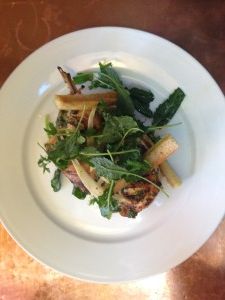 The Pikey has an extensive brunch menu with a variety of options. It’s divided into six sections: homemade pastries, eggs, salad, small plates, large plates and sides. Made from local, organic ingredients, there’s something for everyone, no matter what you’re craving.

For the main course, I opted for a less traditional British meal, ordering the “Grilled Mary’s Chicken with Salsa Verde & Shaved Fennel.” Without a doubt, this was the best chicken I’ve ever had. It was cooked to perfection. The chicken was so moist it practically melted in my mouth, and my conscience could rest easy knowing that The Pikey emphasizes their use of “free range, cruelty-free meat and chicken.”

My friend, slightly more adventurous than I, went for the most traditional item they had — bubbles and squeak. If you’ve ever been to the UK, you know exactly what I’m talking about. Bubbles and squeak is a hash made of vegetables and potatoes, served with fried eggs. I hesitantly agreed to try a bite, although I wholeheartedly expected to hate it. I was pleasantly surprised. The hash had so much flavor it made me second guess my meal choice.

Whatever you choose, there’s no wrong choice at The Pikey. Their rich, delectable food will leave you stuffed but wanting more. So whether you’re about to embark on or longing to relive your year abroad, or simply want an exquisite meal, The Pikey is the place to go. It has quickly become a personal favorite that I plan on visiting often. 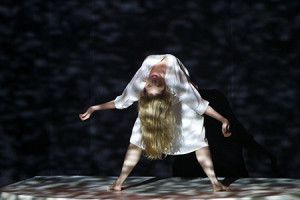 Photos by Marisa Padilla The 21st birthday of Dance in Flight is worth celebrating. Dance in Flight productions are usually...
Copyright 2013 Jupiter Premium Magazine Theme
Back to top