Ryan Williams poses with the coaching staff of the Men’s Basketball team at his first WCC Tournament. Williams said his first tournament was his favorite memory being the head manager of all four years. Photo courtesy of Ryan Williams

When fans roll into Firestone Fieldhouse on a Men’s Basketball game day, few think about the time it takes to prepare for a regular season game.

For senior Sports Administration major Ryan Williams, arranging for practices and games is something he’s been passionate about since he moved to Malibu as the head manager of the Men’s Basketball team.

“I was pretty nervous. I didn’t know what to expect,” Williams said. “I was really hoping and praying to God that I was going to get the same experience [as] in high school.”

Finding his stride at Pepperdine

Williams’ decision to major in Sports Administration came to fruition with the help of his high school Head Coach Reggie Kohn. Kohn got Williams a one-on-one conversation with Head Coach Lorenzo Romar, who was returning for his second stint at Pepperdine.

With a fresh coaching staff and Williams taking the initiative, Romar quickly welcomed Williams to the staff. During his first meeting with Romar, Williams said they connected on a religious level, both expressing deep Christian beliefs.

Romar gave Williams the head manager title his first year. While still adjusting to schoolwork and balancing a personal life, Williams said his first year became quite hectic. The managing department was short-staffed, and Williams had to take on more responsibilities.

“I really took pride in being the glue guy,” Williams said. “We can control the attitude we have.”

Helping out at practice

Williams said he gets to Firestone Fieldhouse early to make sure everything is prepared before the team arrives. Being the head manager means taking care of equipment, setting up drills and cleaning up after practice, Williams said.

Williams is responsible for scheduling practices and assuring the team doesn’t run into scheduling conflicts with the other teams that use Firestone. 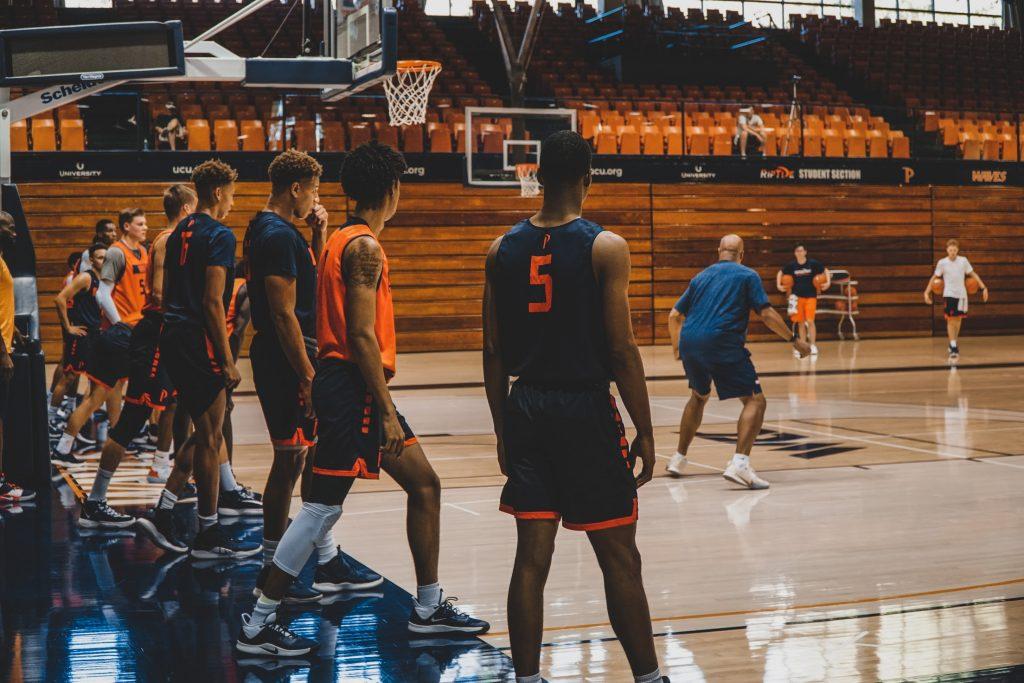 The team follows a point system in practice that reflects their core values — to defend, compete, share the ball and rebound. On defense, plays such as steals, defensive rebounds and blocks are all plus points as well.

The system is also balanced with negatives such as turnovers and taking unnecessary fouls.

The graduate managers keep track of plusses and minuses for every category, and the player with the most points get a special practice jersey. The player also gets a free pass to skip running sprints, but Williams said most of the time the players participate in the drills anyways.

“They can look back on the points they got for this week and say, ‘OK here’s areas I need to work on and here’s areas I’m doing really well, and I can keep executing on.’” Williams said.

Williams said he carries his basketball experiences with him to practice. While being the “glue guy” from high school, he couldn’t see himself remaining quiet and being told what to do in the background.

“I really make it a point in practice to be vocal and to bring an energy and whatever aspect that I can so I’m always trying to have fun,” Williams said. “Whenever I’m in the gym, I’m hyping up the guys, I’m saying ‘Let’s have a good day,’ just to get them going and providing that positive environment knowing that it’ll help our team flourish.”

The responsibilities don’t stop because the team is traveling. Williams said some tasks on the road include doing the laundry, making sure the team has extra gear just in case something happens in practice and keeping track of all the team’s bags.

“We’re there to help out the coaches and players in every way that we possibly can so any task that they give [us] we’ll be ready to go,” Williams said.

Making Connections with the NBA

One of the more unique aspects as the head manager is connecting with NBA teams.

Scouts are interested in the player’s tendencies off the court — how they treat their teammates and coaches and their character — to paint a full picture. These types of behaviors are only noticed by those working closely with players, such as the head manager.

When then-senior guard Colbey Ross and then-junior forward Kessler Edwards declared for the NBA Draft back in April, Williams was contacted by a variety of teams such as the Brooklyn Nets, Cleveland Cavaliers, Denver Nuggets and the Milwaukee Bucks. Edwards later got drafted in the second round 44th overall to the Nets.

“They wanted to hear my perspective on those two guys and how they were as players on the court and how they treated everyone off the court,” Williams said. “It was a really cool opportunity for me just to connect with those NBA personnel guys because one day I have a dream of possibly working in the NBA.”

Reflecting on his time at Pepperdine

When looking back at his time as head manager, Williams said his favorite memory was his first experience with the WCC tournament.

Coming from a smaller high school, Williams did not get experience these high-stake games up close and personal, besides the championship game in his senior year.

“The vibe is different,” Williams said. “Like, it’s time to go. We’ve been through a whole season, playing our conference games and this is just the time [to] really lock in and focus on getting your wins and we’re focused with getting a shot for the NCAA tournament.”

Williams also got to bond with the players on the road. Being on the road is challenging, because there’s an arena full of spectators and usually not a lot of Pepperdine supporters. The only family the team has is each other, which draws the team closer.

“A couple of the guys knew that I can rap a little bit,” Williams said, of a time he bonded with the team. “So it’s kinda funny when they put me on the spot like ‘Ryan I got an instrumental, I know you’ve been writing some stuff so go ahead and showcase a little bit of what you can do.’ I rapped for them for like a minute and it was a lot of fun.”

Williams said his favorite Pepperdine basketball player of all time was Edwards due to the fact that Edwards was one of the funniest people he’s ever been around. 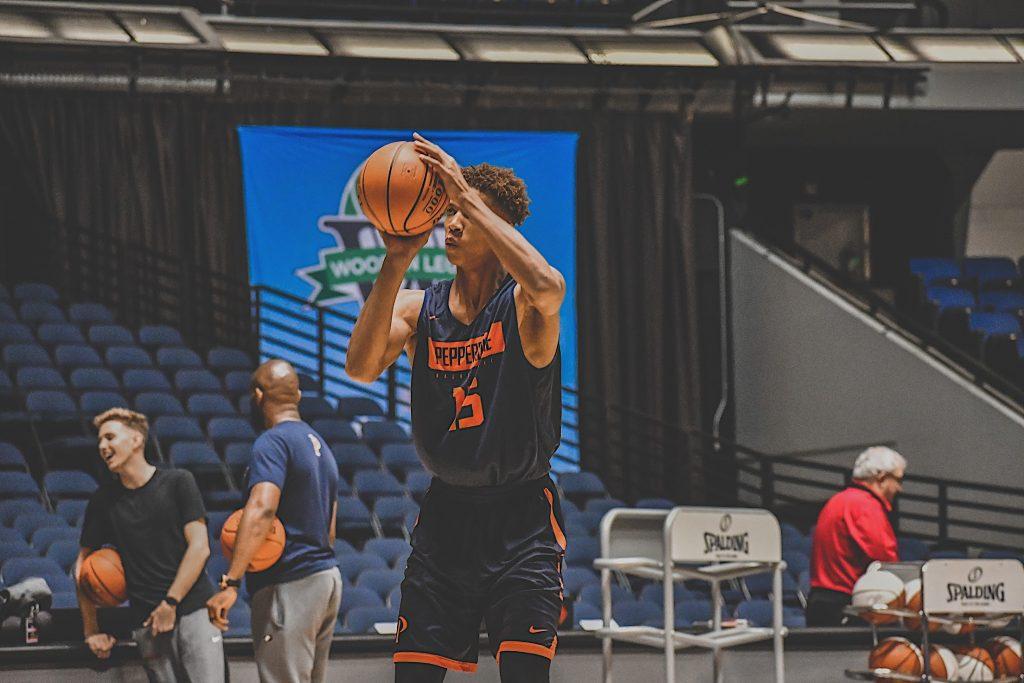 In terms of his future goals, Williams said he wants to step up and increase his responsibilities as a graduate manager. As someone who is surrounded by the game of basketball, Williams hopes his knowledge of the game will take him further in his professional life.

“If I’m going to step into that role, I want to be prepared for it,” Williams said. “I want to do as much as I can this year to prepare myself for it and start doing some things that a graduate assistant would do just so I can get a better feel for it when I step into that if I get that opportunity.”

The Men’s Basketball team starts their season Nov. 9 versus Rice University on the road. Fans can return to Firestone Fieldhouse on Nov. 12 versus Idaho State.