Photo Courtesy of Run All Night/Facebook

Liam Neeson has stated that in two years, he will stop starring in actions films, citing his health as one of the reasons for his decision, according to the March 12 ScreenRant.com online article by Robert Yaniz Jr. While there has been some specu­lation that Neeson might be wanting to focus more on dramatic roles, there is no doubt that this past decade has been good to the actor’s career.

Such success is evident in the reception of “Taken,” Christopher Nolan’s “Dark Knight” trilogy and “The Lego Movie,” where Neeson has had a sizable leading or supporting role. However, the reception of “A Million Ways to Die In The West,” the “Taken” sequels and “Battleship,” where the actor was used sparingly or directed badly, show that sometimes not even individual star power can save a specific project. Another factor to consider is audience fatigue of an actor taking too many roles.

Does “Run All Night,” written by “Out of the Fur­nace” writer Brad Ingelsby, break that trend?

The best answer would be: kind of.

Neeson, re-teaming with “Non-Stop” and “Unknown” director Jamue Collet-Ser­ra, plays Jimmy Conlon, a professional mob hitman, who runs afoul of his longtime boss, played by Ed Harris, after killing the boss’s son. He did this in the protection of his own son, played by Joel Kinnaman. For the next 16 hours, Jimmy must now spend the entire night trying to protect his son from his boss, a dogged detective played by Vincent D’Onofrio, a corrupt police force and a professional assassin played by Common.

Right off the bat, this film is a mixture of good and not-so-good elements. The acting, particularly on the part of Neeson and Harris, is really good, which is support­ed by solid characterization. There are several sequences throughout the film that stand out, mostly due to the cinematography by “The American”’s Martin Rhue, as well as the editing by “Fast­er”’s Dirk Westervelt. Plus, while many enjoy watching Neeson be invincible and perform impossible feats, see­ing him vulnerable is a nice change of pace.

The not-so-good elements are not “bad” per say: the plot is fairly predictable, and this is exacerbated by several story and character cliches. Certain characters, despite being fleshed-out early on, perform actions that run contrary to what was established. When it comes to the action and fight scenes, some feel weaker than others, which makes the dramatic aspects more interesting.

Another benefit to the film is the gray, gritty visual pal­ette, which is similar to many mystery films from the 1990s. The darkly-lit streets and buildings lend authenticity to the film’s world of a corrupt environment populated with people who have made many wrong choices, or have been trying, in vain or successfully, to simply get by. “Run All Night” is aware of what it wants to do with its narrative and environmental themes, and executes its mission with a measure of confidence.

Don't Get Trashy over Spring Break 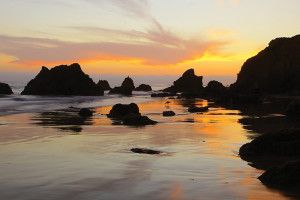 Don't Get Trashy over Spring Break

Photos by Allison Hubbard Everyone is excited for spring break. It is a chance to relax and decompress after midterms....
Copyright 2013 Jupiter Premium Magazine Theme
Back to top