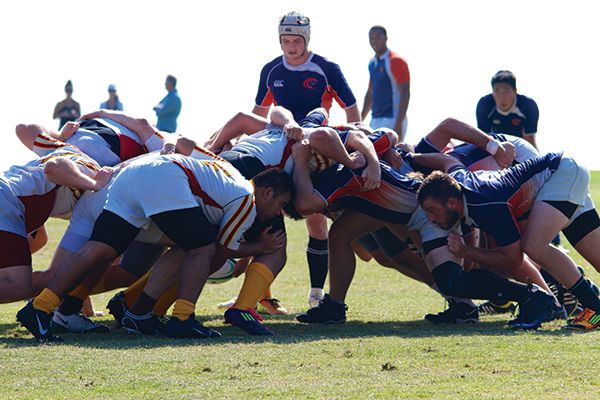 The winningest team at Pepperdine is gearing up for the post-season, and who they are might just surprise you.

The men’s rugby team finished out their season with a flawless 8-0 record, dominating the competition on their way to the Pacific Coast Cup, to be played this weekend at Cal-Maritime Academy in Vallejo, California on March 22 and 23.

The Pepperdine Rugby Football Club has been a part of the university for more than 50 years, and is the oldest club sport in the school’s history. The team has been able to steamroll through their spring season on the way to the post season, handily defeating most of their competition. Their final match of the season was played against Occidental College on March 9 in a close match that saw the Waves win with a final score of 26-24, winning them the Gold Coast Conference Championship and placing them in the Pacific Coast Cup.

The Waves will face Gonzaga in their first match of cup play on March 22, a team that won the Pacific Northwest Rugby Football Union with a 4-0 record. Should the Waves win, they will face the winner of the Occidental vs. Santa Rosa College game. The winner of that match will move on to the PacWest Championship on April 5, with an opportunity to move even further into the National Championship of the National Small College Rugby Organization.

The upcoming Pacific Coast Cup matches will be livestreamed for fans at www.cmakeelhaulers.com.