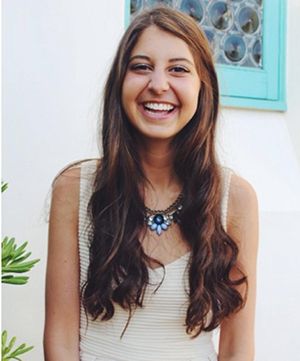 Impulsively, you click the send button. That moment is fleeting, but its impact is eternal. In days, hours, minutes or perhaps even seconds, you are plagued with a gut-wrenching pit in your stomach, a red flag convincing you of your senseless stupidity. This moment is one to which most people can relate — that instance when you thoughtlessly make an insincere yet hurtful comment online. In face-to-face interactions, we have the power to correct ourselves when we misspeak or make a rash retort. However, in a virtual world, a comment’s curse is its permanence. Do minors, who can’t comprehend this ripple effect, deserve a second chance?

This idea was introduced in a new law signed by California Gov. Jerry Brown. It’s a law that will protect minors from themselves. Called the “Oops Button,” it allows Internet users under 18 to erase information posted online that they later regret and requires all online services, websites and apps to essentially provide an eraser that will extirpate any information accidentally or heedlessly posted.

Due to the difficulty of understanding the Internet’s abilities, many slip into the chasm of confusion. As technology becomes more accessible to younger people, more errors are made. The everlasting nature of the Internet is frightening. When you tweet or post something on Facebook, Instagram, Vine, etc., where does this information really go? When we make comments that enter the virtual atmosphere, isn’t it unfair that we’re unaware of their destination?

We’ve all experienced the chilling feeling resulting from a regretted online post, whether that be a photo unsuitable for the Internet, an offensive tweet or even a spiteful remark on an online forum. The effect of the lamented post can be cataclysmic. Before computers, a remark uttered couldn’t be proven. It would simply be one individual’s assertions against another’s, and the comment would be dismissed after apologies. Currently, concrete evidence can be produced proving what was said, when and in what context. This evidence can be reproduced years after the fact and can negatively influence an individual’s life. This cold reality is why California’s Senate Bill 568 is genius.

A 10-year-old’s mindless tweet shouldn’t result in a missed job opportunity 12 years later. This may seem extreme, but the truth is that the things said now can seriously impact our future. I support this bill because I believe in second chances, especially concerning the future of youth. SB 568 is a completely original piece of legislation in society today, but CNN predicts that a trend will begin, spurring protective laws regarding relations between minors and the Internet.

These acts can only benefit the American youth by defending their futures. Minors can’t comprehend the irremovable nature of online ideas. It’s dangerous because as technology becomes more accessible, accidents become more probable. Now think back to the previously discussed moment of terror when you realize your massive misstep. Imagine if you could click on a button that would erase that mistake. Would you press it? 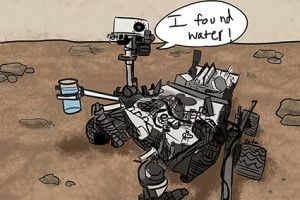 Art by Sacha Irick On July 21, 1969, the world sat in eager anticipation as Neil Armstrong became the first person to set foot...
Copyright 2013 Jupiter Premium Magazine Theme
Back to top