Review: ‘New Girl’ Motivates Viewers To Make the Most Out of Life 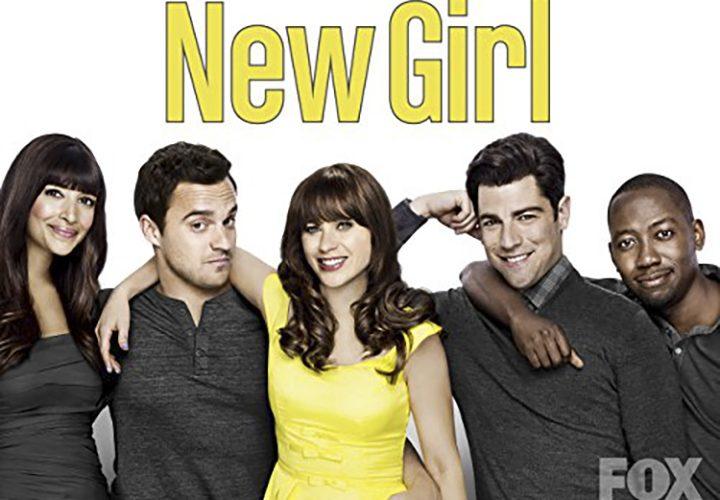 The official poster displays the main characters in the TV series “New Girl.” The heartfelt comedy aired on Fox for seven years and followed the lives of five friends in Los Angeles. Photo courtesy of IMDb

Elizabeth Meriwether’s “New Girl” is charming, hilarious and, above all, heartwarming. The show aired on Fox from Sept. 20, 2011 to May 15, 2018. It aims to inspire viewers to stay positive and remain true to themselves despite the struggles that may come their way.

Have you ever planned something, only for it to turn out horribly? Well, Jessica Day did. When a surprise for her boyfriend reveals he was cheating on her, Jess must adjust to a new apartment, new roommates and new problems.

Her new roommates, on the other hand, have to get used to someone with the personality of a Disney princess — random singing and all. It’s an adjustment, to say the least.

The series serves as a refreshing reminder that sometimes people can be difficult and life can be a mess, but what matters most is that it is possible to keep going because great things are around the corner. This is especially relevant now, as COVID-19 brings new challenges and disappointments to everyday life.

A large part of “New Girl’s” charm is its talented cast, which includes Zooey Deschanel as Jess, an extremely sweet but slightly unrealistic woman who has to adjust to three new roommates. Jake Johnson plays Nick, a realist who has to adjust to living with an optimist. Max Greenfield plays Schmidt, who looks for happiness in all the wrong places. Hannah Simone plays Cece, who is figuring out relationships. Lamone Morris, who plays Winston, has to learn how to move on from failure. Damon Wayans Jr. plays Coach, a character who comes in and out of the show to offer friendship and advice.

As the show progresses, the characters learn a lot about themselves and those around them. The characters overcome their insecurities and try to find common ground despite confrontations and misunderstandings. By the show’s conclusion, the group of friends is even closer. 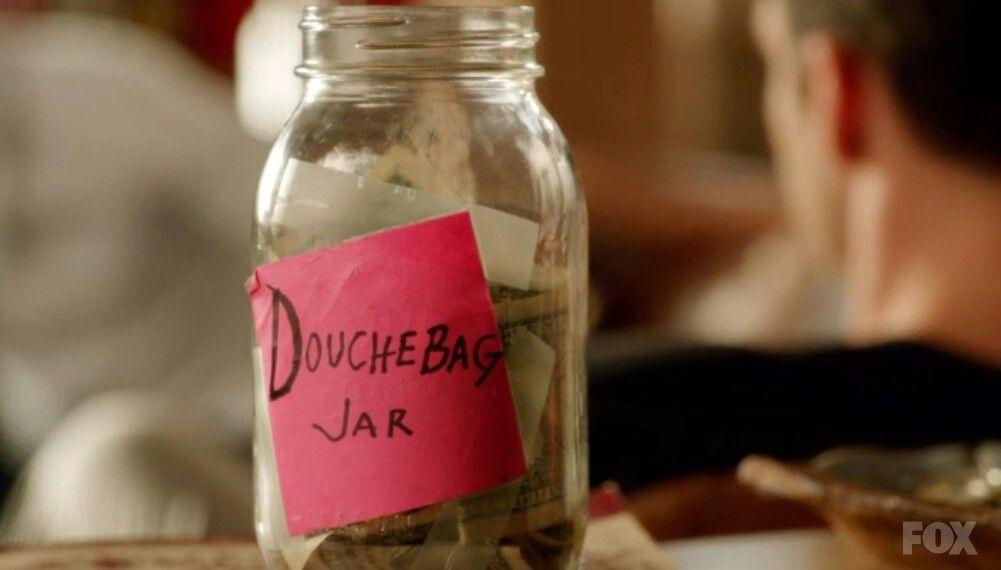 The characters in "New Girl" use what they call the "douchebag jar" as an encouragement to be better people. Much like swearing puts a dollar in a swear jar, the group of friends paid into this jar for being awful people. Photo courtesy of Fox

“New Girl” captivated its audiences for so long because all of the characters love and support one another. While there are arguments, pranks and the occasional broken TV, each of the characters is able to go to one another with their problems and receive a heartwarming dose of support. 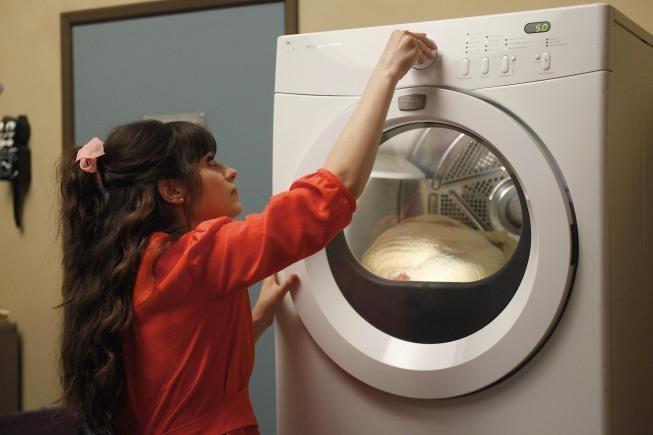 Jess, played by Zooey Deschanel, loads a frozen Thanksgiving turkey into the dryer. The holiday's main entree did not fit into the apartment's oven. Photo courtesy of IMDb

Mishaps allow these characters to meet, as their carefully thought out plans are changed. These changes, however, are true to real life. Sometimes someone loses a dance-off to an 8-year-old, blows up a turkey or gets a frozen burrito for Christmas. When mistakes happen, it is important to look for the positives in the situation.

“New Girl” demonstrates that failures are chances for success, as the friends work past their problems. Thus, the show embodies the saying, “When one door closes, another one opens” and revolves around the constantly changing nature of adulthood.

“New Girl” has a hopeful undertone while still managing to come off as realistic and not overly cheesy. Each member of the group ruins touching moments because each actor offers a realistic portrayal of friendship.

In the age of COVID-19, it may feel like nothing is going according to plan. Events are limited in capacity, classes are happening from home, and hanging out with friends is limited to texts or FaceTime sessions; it can feel extremely frustrating.

“New Girl” reminds viewers that making mistakes is a part of life. It shows viewers the joy of connection and the importance of supporting those around them.

Instead of going to movie theaters, host streaming parties with friends. Enroll in an online cooking class. Join that club you wanted an excuse to look into. Support your friends, and be there for people. Cook dinner for family one night. Send a playlist to a friend who is struggling, or recommend “New Girl” to someone who needs a laugh. 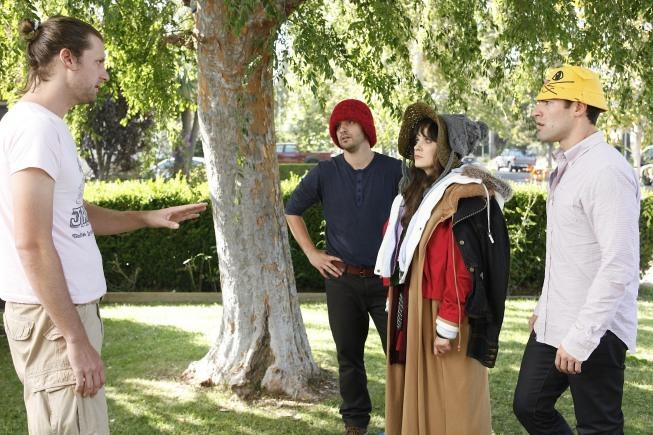 Jess confronts her ex, with Nick and Schmidt as backup, to reclaim the TV she bought for their house. The mission resulted in the three roommates grabbing whatever items they could find. Photo courtesy of IMDb

“New Girl,” at its core, is a story about friendship and resilience. It shows audience members that it is OK if something doesn’t end in the way they hoped and that problems and solutions are a part of life. 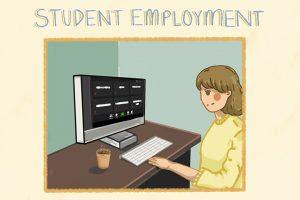 Art by Leah Bae The virtual world doesn’t just stop after online classes for student workers; it continues in the form...
Copyright 2013 Jupiter Premium Magazine Theme
Back to top